Getting to Know Laura Harrier

The 26-year-old is set to break out this summer in "Spider-Man: Homecoming" — but first she'll be one-to-watch in the front rows. 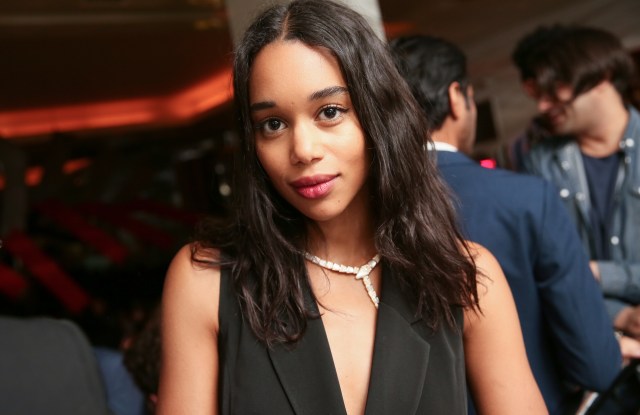 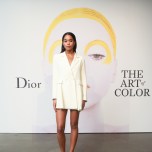 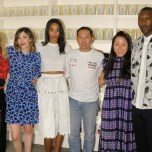 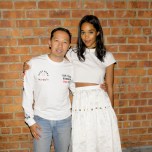 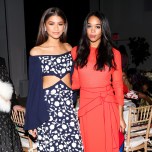 Background: With a relatively sparse IMDB page going into 2017, Harrier is bidding to change that with this summer’s latest take on the Spider-Man franchise, “Spider-Man: Homecoming,” where she plays the love interest opposite Tom Holland. The blockbuster, which also stars Robert Downey Jr., Michael Keaton, and Donald Glover, doesn’t open until July 7, but Harrier is keeping busy with various appearances at fashion dinners and parties, and is preparing for her first season of fashion weeks.

WWD: What is it like being part of something as iconic as Spider-Man?

Laura Harrier: “It’s insane, It’s a little surreal. I’m playing Liz Allan, who is the love interest of Peter Parker, and we’re kind of starting at the very beginning of the Spider-Man story. It’s from the original comics from 1962, and now Marvel is producing along with Sony, which is very cool because it’s in that whole huge superhero universe — which is kind of this other world that I was thrown into. I am really excited about it.”

WWD: Were you a fan growing up?

L.H.: “I did actually grow up reading comics, my brother was obsessed with Spider-Man so it was just kind of like ‘Spider-Man, it’s Spider-Man.’ So being part of it in this capacity is pretty unexpected.”

WWD: What are you currently working on?

L.H.: “I’m not filming something right now, I’m kind of figuring out the next project. There’s a lot around ‘Spider-Man’ so kind of focusing on that.”

L.H.: “I am. I don’t think I’m supposed to say [which shows] — but both [New York and Europe]. But yeah, I’m excited — it’s my first, like, official fashion week, of doing shows and all that. I’ve been doing, I guess, fashion-y stuff, but I’ve never been to a show for real so I’m looking forward to that.”

L.H.: “I kind of just want to look like a cool French girl in the Sixties, most of the time. Or TLC.”

WWD: After “Spider-Man,” what kinds of roles are you interested in?

L.H.: “For me, it’s all about smaller character-driven pieces, about finding a person that I connect with, and that I’m interested in bringing to life. I’m reading a lot of stuff right now and I’m kind of interested in finding what speaks to me.”