The speakeasy-style cocktail bar sits below Life Magazine's former headquarters, once the home of Norman Rockwell. 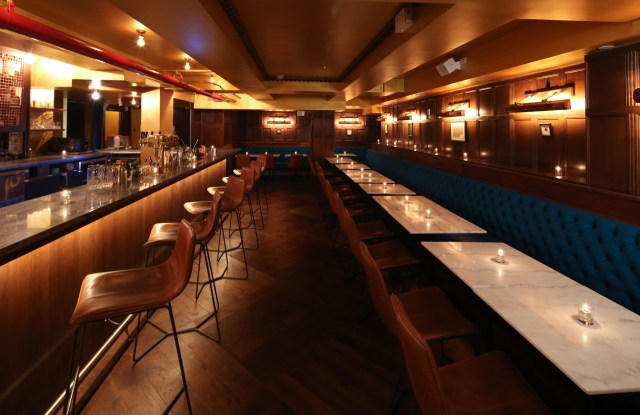 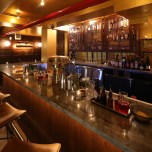 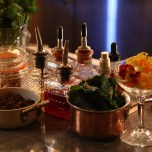 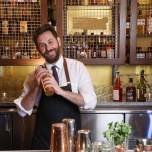 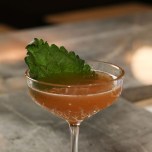 NEW YORK — A small doorway sits discreetly at the back of the Life Hotel lobby in midtown Manhattan. Beyond its unassuming frame descends a narrow set of spiral stairs curving toward the basement — and Gibson & Luce, the property’s speakeasy-inspired subterranean cocktail bar once used by the early 20th-century editorial staff of Life Magazine as a clandestine watering hole.

The 1894 Beaux-Arts building at 19 West 31st Street, designed by famed architects Carrère and Hastings (also known for the New York Public Library), was headquarters of the American magazine from the building’s construction until the magazine’s merge with Time Inc. in the mid Thirties.

“Our goal was to re-create that spirit of the late 1890s,” said owner Stephen Hanson, who launched the boutique hotel in April of last year. The hospitality virtuoso, who sold his company BR Guest with properties including Strip House and Blue Fin to Starwood Capital Group in 2007 for $150 million, was initially drawn to the building’s rich history and sees the neighborhood on the verge of a renaissance.

In the late 19th century, the area surrounding the hotel — known as NoMad for its location north of Madison Square Park — was a thriving hub of development. But decades of decline saw the streets south of Herald Square neighborhood fill with seedy flophouses and fly-by-night retail operations, the likes of which are beginning to fade as the area embraces an economic resurgence.

“I’m kind of used to places that are about to morph into something else,” adds Hanson, whose track record of foresight includes opening Vento Trattoria, now Dos Caminos, in the pre-gentrified Meatpacking District. The restaurateur notes how Hudson Yards, the large-scale redevelopment program due west of the Life Hotel, has revitalized that lateral corridor of the city. “This is the next up-and-coming area,” he asserts. “It’s the new dynamic area for restaurants and bars.”

Merging the neighborhood’s potential future with its rich history was important to Hanson when conceptualizing the 98-room hotel. Staffers of the American magazine not only worked in the 10-story building but many of them — including people like Norman Rockwell and Robert “Believe It or Not!” Ripley — lived there as well, utilizing the subterranean space that is now Gibson & Luce as a lounge.

In fact, every aspect of the intimate rectangular room, with a clubby atmosphere complete with dark wood paneling — sourced from several grand estates of the early 20th century — to its pre-Prohibition era-inspired cocktail list is meant to evoke the spirit of the building’s original inhabitants. The bar’s name pays homage to the magazine’s chief illustrator Charles Dana Gibson (who is rumored to have inspired the gin and vermouth martini that bears his surname) and publishing magnate Henry Luce who relaunched Life as a weekly periodical in 1936 with a focus on photojournalism.

“It really was quite a social scene [here],” remarks Hanson, seated on a portion of the bar’s peacock-blue banquette that encircles the warmly lit room. “Somewhere down the line — a hundred years ago — they were really down here having a good time. This is not just a regular, cookie-cutter bar.”

Tangible remnants of that history were discovered during the excavation process, including a portion of an original bar and a collection of carefully hidden Twenties-era liquor bottles stashed inside a former coal chute.

A limited food menu will be available when doors open to the public on Jan. 4, but head bartender Alex Huve hopes his unique cocktail menu will keep guests coming back for more.

“You had such personalities and talents living here and drinking here,” says the French-born Huve, wearing a vintage tie clip bearing the logo of Italian amaro brand Fernet-Branca. “It’s humbling to be behind the bar in that context.”

When developing Gibson & Luce’s drink menu, Huve wanted to incorporate spirits that were more common to imbibers a century ago. “I tried to go back into eau de vies, calvados, cognacs,” he explains. “It’s unheard of the things I was able to get on my first order.” Huve recalls effortlessly obtaining “15 different vermouths and a bottle of hazelnut eau de vie” (a clear spirit with a flavor profile similar to grappa) before receiving name-brand gins and vodkas.

“I’m not making drinks for myself, I’m making drinks for my guests,” he asserts. “We have a very low ego [here] and I’m a bartender first. I don’t care if you order a Tito’s [vodka] and soda, I’ll treat you the same as someone who orders a sazerac.”