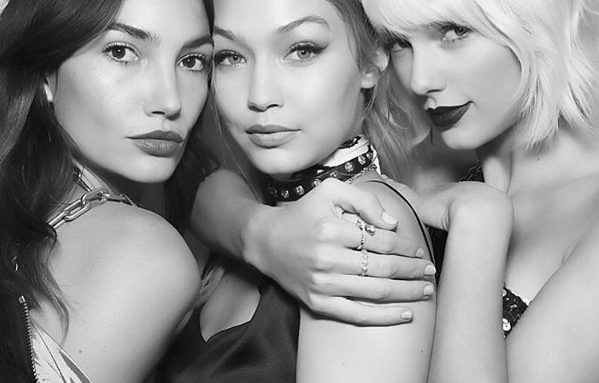 Because when you’re Gigi Hadid, your 21st birthday is not an average affair. The model, who officially celebrated her birthday on April 23, has been toasting the milestone all week, which culminated in a party Thursday night at celebrity favorite The Nice Guy in Los Angeles. She was joined by Taylor Swift, Kendall and Kylie Jenner, Hailee Steinfeld, Hailey Baldwin, Jaden Smith, Khloé and Kourtney Kardashian and Lily Aldridge for the night out.

Swift, who wore a Haney dress, was seen earlier in the night at a dinner with the Haim sisters. She shared three posts from the night, with a backdrop sported “Gigi’s Twenty First” seen behind them — a branding moment not worth missing, as any social media expert knows.

Hadid began her birthday celebrations earlier in the week, posting photos of herself with her siblings over the weekend. Naturally, the week has included a seaside swimwear-clad outing with boyfriend Zayn Malik and sister Bella, and noshing on birthday cake from the comforts of a private jet with Swift.