“This is an act of love for my city,” the designer said of his superluxe Armani Hotel Milano, which opens today. 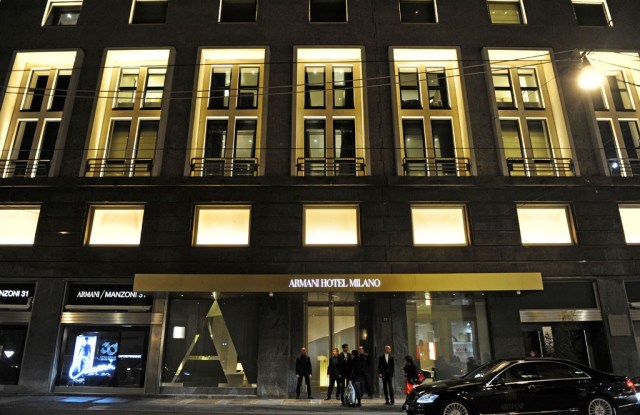 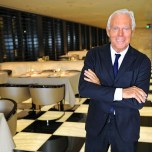 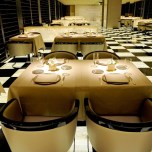 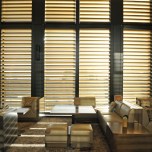 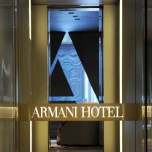 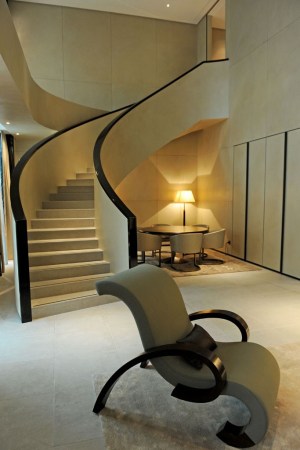 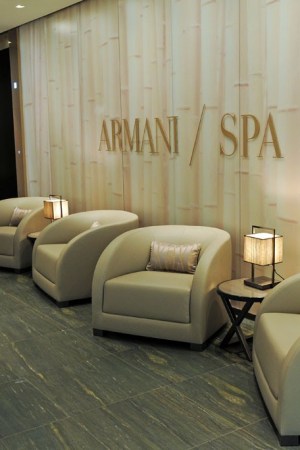 MILAN — “This is an act of love for my city,” said Giorgio Armani of his superluxe hotel that opens here today. “I wasn’t born here, but this is my city, and I remember when I arrived here as a young man in the late Fifties-early Sixties and I didn’t know how to do anything.”

Armani, who has since helped shape the history of fashion and built a $2.1 billion empire, is now leaving a further, permanent mark on the city that houses his headquarters. “I like the idea of being remembered not only for my clothes, and I like to bring an element of luxury that adds prestige to the city,” said the designer, his piercing blue eyes enhanced by his blue blazer and blue tie, during an interview Thursday in the hotel’s lounge. “I love the Milanese and their sincere and direct approach. We hired 200 employees to work at the hotel. This is what I would like to happen going forward, for young people to find a job.”

The Armani Hotel Milano opens at a difficult time for Italy, weighed down by debt and facing uncertainty as stock markets slump, a few days after Prime Minister Silvio Berlusconi pledged to step down once an austerity package is approved.

While Armani said he was “very concerned about the political and economic crisis” as he further invests in his own company, he diplomatically said it was “difficult to judge the new politicians. As for the old, something didn’t work and I won’t say whose fault that is.” Armani gave a thumbs-up to Mario Monti — “very elegant, inside and outside” — rumored to be Berlusconi’s successor.

The Milan venue follows the unveiling in April 2010 of the designer’s first hotel in Dubai’s Burj Khalifa tower. It opens under the Armani Hotels & Resorts banner, a venture between Giorgio Armani SpA and Dubai-based developer Emaar Properties PJSC that was formed in 2005.

Emaar chief executive officer Low Ping said the project is “going full steam ahead,” and that the Dubai and Milan hotels are located in “two iconic places and very strategic locations. And don’t underestimate the traveling Asians, who flock to the Dubai venue, and are expected to do as much here.”

The Milan hotel is opposite the city’s prestigious Via Montenapoleone shopping street, and near the La Scala theater and the cathedral Il Duomo.

The unveiling of the hotel on Thursday was marked by a cocktail that evening to be attended by Maggie Gyllenhaal and Jessica Alba.

Located in the 1937 building that also houses Armani’s Manzoni 31 flagship, the hotel covers 162,000 square feet over floors two to eight. There is an entrance on the ground floor, where “Lifestyle Managers” greet guests and accompany them to the reception on the second floor. This is in line with the sense of privacy that was top of mind for Armani. “The lobby is functional, and there’s no people-watching on the ground floor,” he said. “I have a huge respect for privacy.”

A private vestibule at the entrance of each room further accentuates the feeling.

The hotel has 95 guest rooms and suites designed by Armani, all furnished with Armani Casa linens, fabrics and custom furniture, and ranging from Deluxe and Première rooms to Classic, Executive, Ambassador, Signature and Presidential suites. The latter two cover 2,160 square feet each on two levels connected by an imposing staircase, a gym or a private cinema, a kitchen and a studio.

Onyx, silk georgette and green river stone are among the main materials. Curved walls help convey a sense of harmony between areas, which was a priority for Armani.

The designer explained there used to be commercial offices on these floors, which were entirely overhauled. “I wanted the spaces to be integrated, so that you find the same elements in the rooms and outside, and there is no sense of extraneity,” said the designer. As with his fashion, Armani said he was not looking to follow so-called experts in design, or “fashionable trends, or something never seen before.” Meant to be long-lasting, his interiors “must be practical, logical, and rational without losing glamour and richness of quality.”

The hotel reflects not only Armani’s aesthetics, but also his own personal needs when traveling. “Here is what I would like to find: service, comfort, not a myriad buttons you don’t know what to do with,” he said.

Also very Armani are the colors — iconic “greige,” creamy brown, green and mother-of-pearl — and his sleek, linear shapes, as with his Thirties-inspired armchairs. There is an Oriental theme, too, as seen in the screens embellished with bamboos. “Relaxing,” is how the designer summed up the impression he would out to convey to guests. Minibars, high-tech amenities and cupboards are hidden, reflecting his sense of order and space.

The public areas are concentrated on the seventh and eighth floors in a new glass top to the building. The restaurant on the seventh floor draws on Milan’s culinary tradition, offering the city’s classic breaded veal cutlet or saffron rice. Of note is an elegant “chef’s table” within the kitchen itself. The designer’s latest project, bottled water, will be launched here. Both the Ristorante and Bamboo Bar — which have double-height, 23-foot-high ceilings, huge windows softened by louvered blinds and sections in backlit onyx — overlook the city’s skyline.

In the same building, there are also the existing Armani/Nobu restaurant and the Armani/Privé space.

The spa is on the eighth floor and covers almost 13,000 square feet, with six dedicated treatment rooms, a Couples Suite, a gym and a pool.

Coincidentally, the austere palazzo was originally shaped by the architectural ground plan as a large “A,” which is visible from the sky. “It’s convenient, isn’t it? But entirely accidental,” said Armani with a smile. A bamboo garden now grows on the rooftop.

A-shaped maps of the hotel dot the venue, together with the stylized shape of the Duomo on doors and at the entrance, for example.

Now that his dream of a hotel in Milan is completed, Armani is on to his next projects with Emaar. Further Armani hotels will open in key markets such as New York, London and Paris.

The first Armani Resort, planned for Marrakech, and the first Armani Residences Villas in Marassi, Egypt, are to be completed by 2014. Armani said that, for the first time, he designed the structures of the two resorts and not just the interiors, “maintaining the character of the place, as if they had always existed there.”

Ever energetic, Armani said that “looking back, I would still do what I did in fashion. Now, I’d like to have a fresh start as an architect.”