The exhibit runs April 9 to July 28, kicking off Milan Design Week and will next travel to Shanghai.

MILAN — Respect and goodwill run deep between Giorgio Armani and Tadao Ando — clearly tangible at the unveiling Monday of “The Challenge,” the first exhibition dedicated to architecture at the Armani Silos, and showcasing the career of the Japanese architect.

The relationship is strong, despite the language barrier, which is apparently not an obstacle. “I read his heart and he does the same with mine,” said Ando, speaking in Japanese, through an Italian interpreter. To be sure, the two share a passion for beauty and “the desire to continue to work until we are 100,” Ando said. “I wish to create an architecture that will live on eternally — not in substance or form, but as a memory within people’s hearts.”

Armani praised Ando’s “extraordinary ability to transform ‘heavy’ materials such as metal and concrete into something truly exciting.” He emphasized the architect’s “use of light, a fundamental element that helps shape the character of spaces.” The designer said he is in a phase of his life now where he wants “everything to be elegant — if it’s not elegant, it’s not worth anything.”

The exhibit is specially adapted for Silos and is designed by Ando and his studio in collaboration with Centre Pompidou, where it was first shown. It is structured around four major themes: Primitive Shapes of Space, An Urban Challenge, Landscape Genesis and Dialogues with History, including more than 50 projects, illustrated with sketches, original blueprints, video installations, technical drawings, travel notes and photographs taken by Ando himself. The morning of the unveiling, the architect added personal notes in blue ink on several displays. 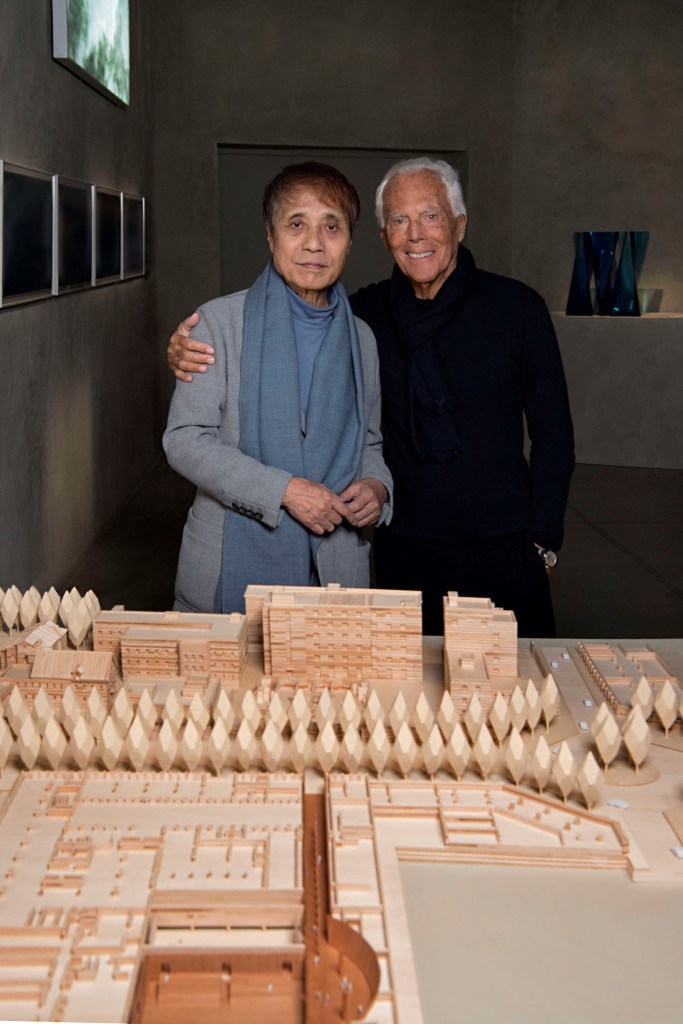 Ando said Armani visited the exhibit in Paris in October and asked the architect to bring it to his own Silos space. “I have always been impressed by Armani’s attention to quality, materials, shapes, sensibility and manufacture. You can tell how much attention he puts into what he creates. I know he came to personally check out how the exhibit was being set up. I also hope I will be able to maintain this kind of attention and be responsible for what I do,” Ando said. “Fashion aims to sell a lot but in the case of Armani, what drives his is his desire to do beautiful things.”

The exhibit, which runs April 9 to July 28, kicking off Milan Design Week, highlights the most significant works of Ando, winner of the prestigious Pritzker Prize for Architecture in 1995, ranging from Row House in Sumiyoshi — Azuma House (1976), to Project in Naoshima (1988 and still ongoing) and La Bourse de Commerce in Paris (2019). “I have this idea of a new building inside the storied one and I know there are strong reactions in Paris, but I don’t understand French,” said Ando, shaking off any controversial comment to a round of laughter. 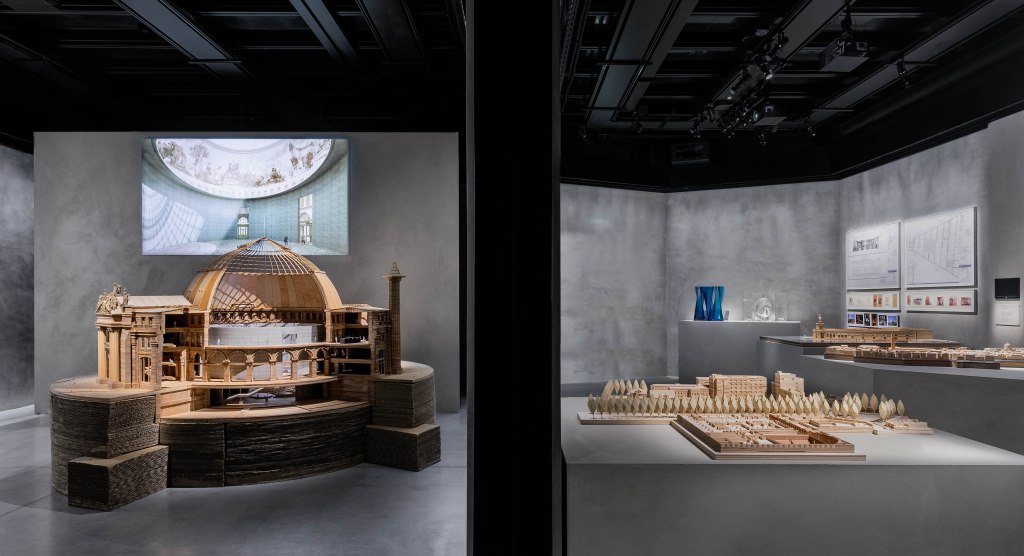 A view of The Challenge exhibit at Armani Silos.  delfino-sisto-legnani-and marco-cappelletti

Models include Ando’s first house in Osaka, which dates back to 1975; the Church of the Light in Osaka; the Church on the Water; the Design Sight Museum with Issey Miyake, and Benetton’s Fabrica, among others.

Also, for the first time, Ando’s plan for the designer’s Teatro, which dates back to 2001 and where Armani holds his fashion shows, is on display.

At the entrance stands a good luck gift from Ando to Armani, a bright green apple to wish the designer “to continue to work, maintain his young spirit and freshness, which the apple symbolizes,” the architect said.

“People say that Japan is a strong economic force, but I think of how people work and live well here,” Ando said. “Armani pursues beauty until the end — always. I feel in sync with him because he continues to create beauty and brings it around the world, living his life with fresh energy. We share the same sensibility, passion, attention to quality and materials and color that gives life to shapes. He is showing his furniture as well, and creates beautiful life through objects.”

The exhibit will next travel to Shanghai.