Giving Back Through Food: Camilla Marcus Opens ‘West-bourne’ in SoHo

The café, serving California-inspired food, wine, coffee and kombucha, partially benefits the Robin Hood foundation and hires from the organization as well. 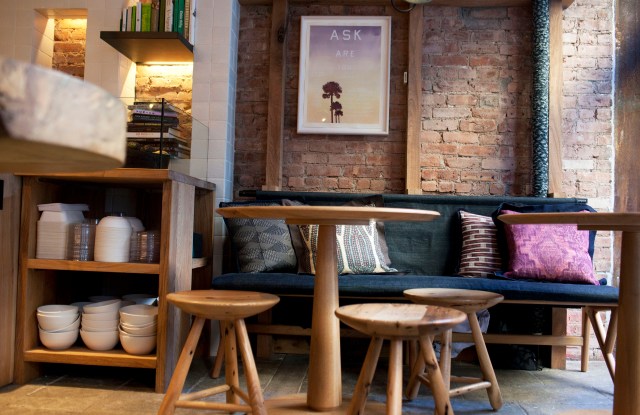 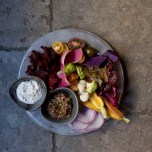 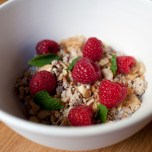 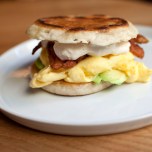 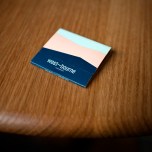 The emergence of the California-inspired wellness craze among New Yorkers is now a prominent trend at some of the city’s most popular restaurants. West-bourne, which opens today from Camilla Marcus, expands on the concept to be both a healthy-minded café and takeaway shop, as well as a business that gives back to the community. Good for the body, good for the people.

Marcus pairs an undergrad degree from Wharton, a culinary degree, and a JD/MBA from New York University with experience working for two of New York’s most lauded restaurateurs, Tom Colicchio and Danny Meyer, to bring West-bourne to life. Growing up in Los Angeles, she had an interest in cooking from an early age, and always knew it was where she saw her career moving.

“My first job was at Curve as a design assistant — this was my very first purchase with my first employee discount ever, at the ripe age of 17 years old,” she says, pulling on the crystal-embellished suspenders she’s wearing. Her foray into restaurant work was through West Village Italian bistro Dell’anima, doing everything from “planting their garden” to “being a maintenance on-call person.” After obtaining her graduate degrees she joined Colicchio to open Riverpark, then moved to be the director of business development for Meyer’s group, during the time when Shake Shack went public.

“It’s really inspired by wellness and the balance that I grew up with on the West Coast, and really celebrating the bounty of California agriculture and makers,” Marcus says, calling out items like custom T-shirts from Industry Standard, ceramics by Robert Siegel and candles from Norden. “It’s really about bringing the best of the west, the things that I grew up on, the things that I miss while living on the East Coast, and on a mission.”

Marcus is working with the Robin Hood foundation to give 1 percent of every purchase to The Door, a nonprofit providing youth development services located down the block from West-bourne. She takes things a step further and is also hiring employees through The Door.

“It’s really sustainable and full circle, and addresses a number of needs in society, with jobs,” she explains of the approach. “Hospitality is one of the last frontiers where you really don’t need experience or need education, or a degree; you just really have to have a passion for taking care of people and a work ethic. And it’s a long-term career, and a very viable one at that. I take that opportunity very seriously.”

And though nearly half of her staff have never worked in a restaurant, which might make any restaurant owner nervous, Marcus sees it as a better investment long term.

“In restaurants, labor issues have been incredibly challenging, and it might be a larger investment on the front end, but I think it will really benefit us in the long term to develop our own team from within and at the starting level,” she says. “The idea is that over time, everyone will cross-train all positions. We’re zero waste, which means categorizing everything and being as sustainable to the very limit that you can. Our landfill, recycle, compost ratio goal is overtime to be almost zero.”

The concept is the first of its kind in New York. “I think healthy from the West Coast means something different,” she says. “I think it’s about balance.”

Yolanda Hadid on ‘Making a Model’ and Mother-Daughter Bonds