Feast for the Eye: Going to Market: Parisians Flock to Ma Cocotte

The cafeteria-style restaurant, located in the remote suburb of Saint-Ouen, was designed by Philippe Starck. 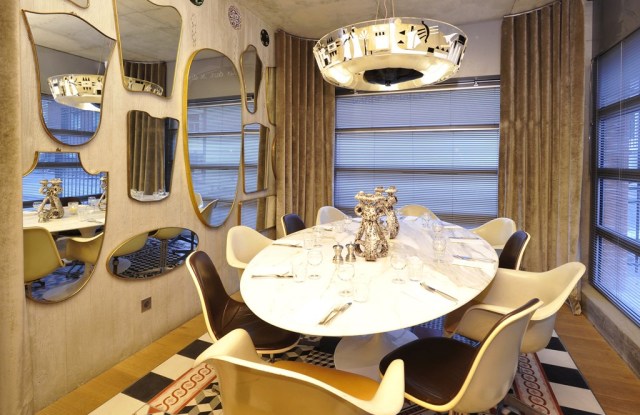 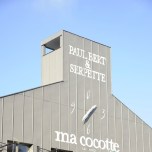 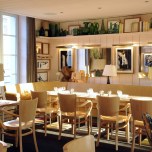 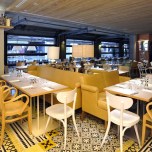 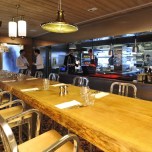 Hipsters in Paris are flocking to the remote suburb of Saint-Ouen to dine at Ma Cocotte, a new 250-seat cafeteria-style restaurant designed by Philippe Starck. According to Starck, it confirms what he already proved with Mama Shelter, a hotel and restaurant he designed that opened in 2008 in the 20th arrondissement.

“We opened in an unlikely area, known for being unsafe, but black limos soon started convening there. We notice the same phenomenon with Ma Cocotte: The [flea market] area was ghostly in the evening. Now, it’s the place to see and be seen,” the 63-year-old designer says.

Starck teamed up with restaurateurs Fabienne and Philippe Amzalak for Ma Cocotte. The name is a play on words: “Cocotte” means either stewpot or hen, or is even used as a term of endearment. The check reads “Merci ma cocotte, or “Thank you, my bird,” in English.

There is nothing pretentious about the eatery, which boasts an industrial aesthetic replete with a working garage door. The large dining room on the ground floor offers views into the open kitchen and a terrace, while the second floor has two living rooms and another terrace. Starck created a cozy atmosphere accentuated by the wooden floor and ceilings, all with a subdued modern flair.

“I avoid ultramodern restaurants that are all white. Some places require that. Restaurants aren’t one of them,” he says.

The restaurant’s interior assembles an eclectic mix of finds from the surrounding Serpette and Paul Bert antique markets. “All the furniture was sourced within 80 meters [or about 260 feet from the restaurant] so the carbon imprint is almost negative,” Starck boasts. There are large tables, deep sofas and plenty of books.

Starck says he wanted to create a space “where people get a warm hot chocolate or a bowl of soup after bargain-hunting on a cold winter day.”

The designer himself is a devoted habitué of the Saint-Ouen flea market (known as “les Puces”), which counts about 1,700 dealers in secondhand goods — from vintage clothes to crystal chandeliers.

“When you travel a lot, you crystallize on a spot of your country. For me, it was Les Puces. It is like a small town where people have been liking and hating each other forever. It is a slimmed-down version of the ideal French society,” Starck says.

The menu is built on traditional bistro fare, such as hachis parmentier — the French version of shepherd’s pie — and spit-roasted chicken.

“I like iconic dishes and comfort food,” Starck says. For dessert, there is tarte tatin, rice pudding and rum baba. For lunch, there is a two-course menu with one drink at 24 euros (or $31). Dinner is à la carte. The check averages 35 euros, or $46, for two courses.

The designer, who splits his life between Paris, Le Cap Ferret in the Southwest of France and Venice, Italy, plans next to build a bedroom for himself and his family inside the restaurant so that he can roll out of bed and go antique shopping in the wee hours of the morning.