A new deli in Mayfair brings delicacies from storied London eateries, including Annabel’s, Mark’s Club and Harry’s Bar, to those without a reservation. 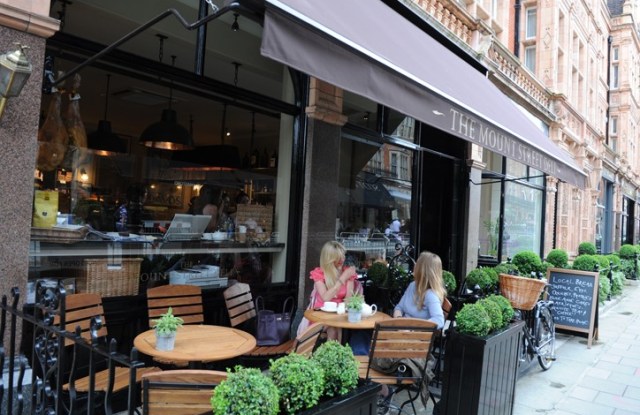 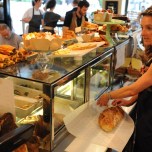 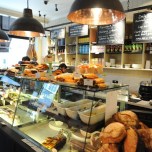 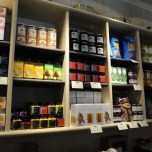 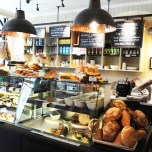 A new deli in Mayfair is bringing the delicacies from storied London eateries, including Annabel’s, Mark’s Club and Harry’s Bar, to those without a reservation.

Richard Caring has opened The Mount Street Deli in a 19th-century red-brick building across the road from his famed fish restaurant, Scott’s. The deli is the latest addition to Caring’s Caprice Holdings empire, which includes London eateries Le Caprice, The Ivy and George, as well as Le Caprice in New York.

The idea behind the deli is to line the shelves with signature dishes from some of Caring’s restaurants, along with delectable offerings sourced by the deli’s manager, Hannah Gutteridge. A former food consultant, Gutteridge says the clubs’ dishes had an instant appeal for the deli.

“I worked above Annabel’s [and] I tried the chocolate cake one day — I think it’s the best chocolate cake I’ve ever had in my life,” says Gutteridge. “We’re on Mount Street and we have amazing chefs making these things, so why not sell them in the deli?”

The deli offers dishes such as Scotch eggs (hard-boiled eggs covered in bread crumbs) from Mark’s Club, pizza from Harry’s Bar and wines selected from Annabel’s cellars. There are even upscale ready-meals such as veal meatballs.

Meanwhile, produce sourced from outside the restaurants includes mountain rhododendron honey, pistachio meringues, culatello prosciutto and fig lonzino, a dried-fig and almond cake. Gutteridge says the deli has hit the spot on the posh street, where its neighbors include the Lanvin, Christian Louboutin and Marc Jacobs stores.

“Some come to the shop two or three times a day,” says Gutteridge of local residents and workers. “They come for breakfast, lunch and afternoon tea.”

Gutteridge worked with the Martin Brudnizki Design Studio to give the space a homey, rustic feel. A large communal table sits in the center of the space, set with high Victorian stools and distressed wood paneling on the walls. A jar of white chocolate mice on the cash register and a row of vintage classic novels on the counter gives the deli an old-school charm.

The stylishly laid-back interior echoes Gutteridge’s vision for the deli, which has a decidedly low-key approach compared with that of its starry restaurant siblings.

“It’s not about being complicated at all,” says Gutteridge. “In my mind, it’s all about good food, simplicity, but great ingredients.”