The French restaurant has a yakitori twist, with accessibility in mind. 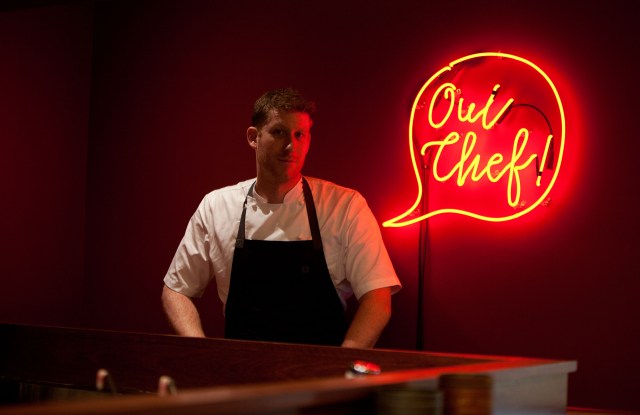 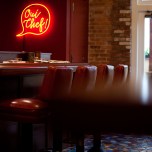 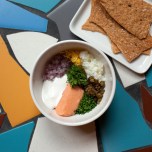 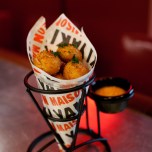 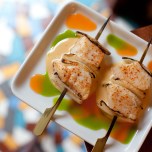 Greg Baxtrom has a strong culinary track record. After cooking under the likes of Grant Achetz at Alinea and Dan Barber at Blue Hill at Stone Barns, he opened his first restaurant, Olmsted, in Prospect Heights two years ago. The accolades for the humble produce-driven, garden-to-table restaurant have been rolling in ever since — not to mention patrons. But those stuck waiting for a table, or looking to try something new, can look across the street to Baxtrom’s second restaurant, Maison Yaki.

“I always knew I wanted the next restaurant to be a French restaurant. I really like eating that food, and maybe even more so I really like cooking that food,” says Baxtrom, who has lived and cooked in France as well as at Per Se in New York (he now lives and cooks in Brooklyn). Although a French restaurant was next on his list, he wasn’t necessarily looking to open another project so soon after his first. But when the right real estate opportunity presents itself in New York, you have to jump.

Maison Yaki is a classic French bistro, with a subtle Japanese influence, broken down into categories: a hot and cold appetizer section, and skewers broken down by vegetable, poultry, meat and seafood categories. And while Maison Yaki and Olmsted share core through lines — such as accessibility and affordability, for the neighborhood — Maison Yaki represents a very different inquiry into cuisine. 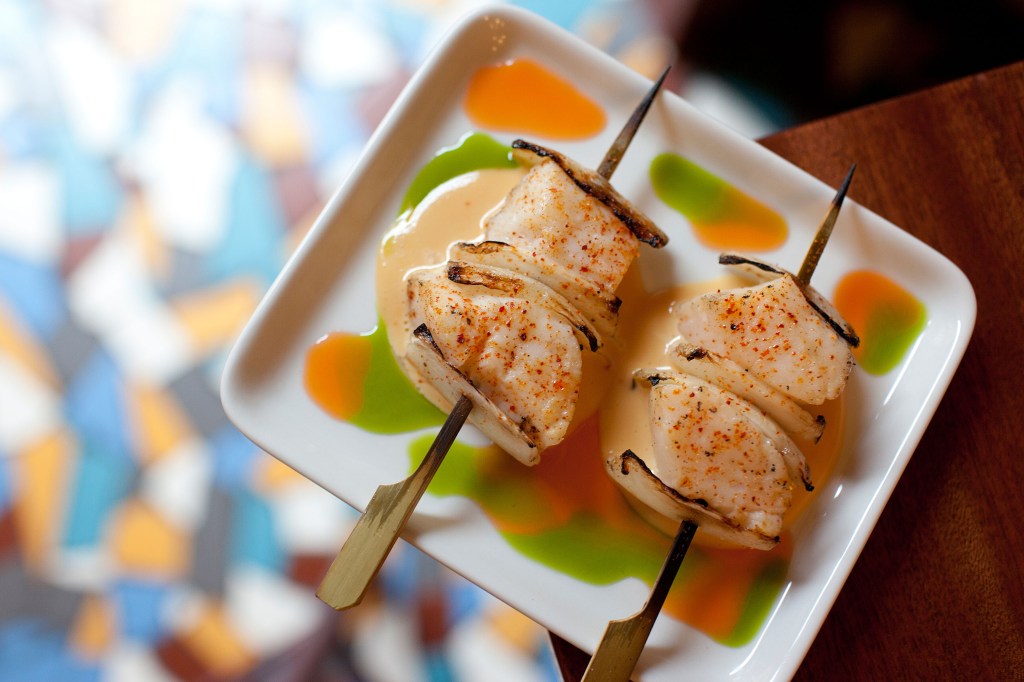 “When French and Japanese are paired together, I find it’s always locked up in a three-Michelin star restaurant,” says Baxtrom. “And I liked the idea of making that more accessible, whereas at Olmsted nothing is more than $24, here everything is $9 or less.”

Portions are shareable and intentionally small, to encourage a larger range of sampling. As Baxtrom puts it, “After you eat in any French restaurant, you’ve had two things, you’re sort of full at that point. And that’s just not how people want to eat now — people want to pick and choose a million different things and try and share. So how do you serve rib-eye with sauce and not charge for a lot for it, and not have it look stupid or silly when you’re only given a small amount of it?”

For Baxtrom, the answer was: serve it on a skewer, a vessel for him to offer up high-quality, thoughtful cuisine at more affordable prices and modest portions.

That approach also extends to the beverage program, which features 16 cocktails, wine and sake on tap, served in smaller glasses so guests can try more of the various options.

And despite the creative hand on traditional French bistro dishes, everything on the menu was crafted to taste familiar, just with an elevated twist: the radish-and-butter pairing is accented with salted plum; duck rillettes are served with pickled ginger instead of the more traditional haricots verts and wasabi instead of mustard. For dessert, profiteroles are topped with ginger and matcha.

The dining room also has a familiarity to it — it’s the same layout as at Olmsted, but narrower and more intimate. Baxtrom built out the space with his father, using wood purchased in the suburbs of his Chicago hometown. Maison Yaki takes atmospheric cues from French bistros, employing moodier tones, mahogany wood tables, hanging orb lights, and high top tables. A curved chef’s counter bar also opens up more seating to the action of the open kitchen.

There’s an agricultural element at Maison Yaki — but instead of a living grow wall, grow tanks are installed above the bar. “This will grow mushrooms for one of the skewers,” explains Baxtrom, and indeed the King Trumpets were already taking off a few days before opening; eventually, he plans to introduce more varieties to the tanks as well for an expected yield of 30 to 40 pounds of mushrooms a week.

“I thought it would be a cool thing, to have guests get a kick out of seeing the mushrooms growing up above them. But also, whenever you go to a yakitori restaurant, it’s always a ton of chickens, maybe a pork belly, and shiitakes or something. So I thought, OK, let’s have a clever way of whatever the mushroom’s going to be, let’s just grow it ourselves.”

In addition to outdoor seating, the lush backyard space features two pétanque courts for guests to play while waiting for a table or just casually having a drink or a bite. “We don’t have any rules here — so you’re allowed to, if you don’t want to wait for a table, you can just eat there,” he says; either way, the game provides guests “something fun to do and talk about.”

But if his past success is any indicator, Maison Yaki will be reason enough for people to keep talking. 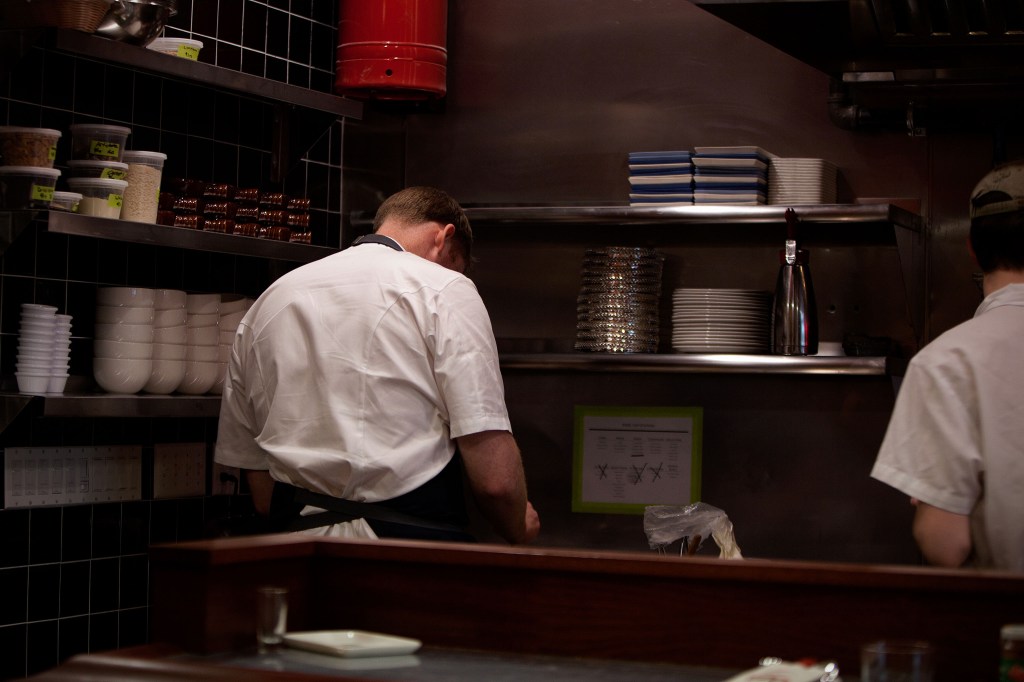