The restaurant pays homage to elevated and modern Mexican cuisine. 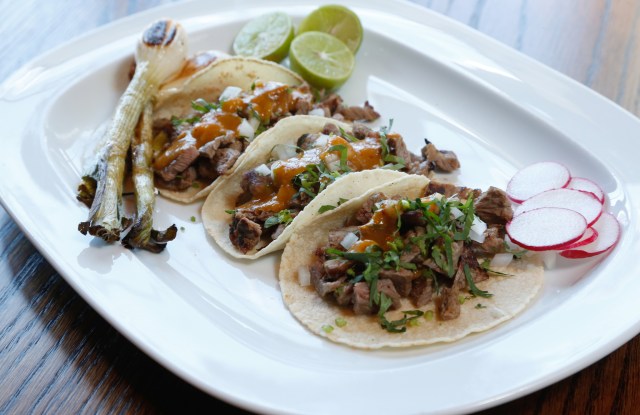 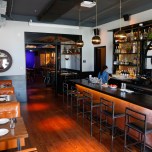 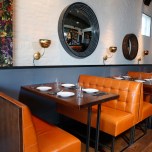 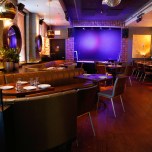 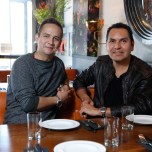 Rents continue to rise in Brooklyn’s Williamsburg neighborhood and further east into Bushwick, but recent news of the 18-month L train shutdown coming in 2019 has many who have real estate stakes along the line nervous about how the service change will effect business.

But it hasn’t halted continuing development of the neighborhoods along the line, which tend to attract and cater to a young, creative crowd. Guadalupe Inn is the latest restaurant to join the pack off of the Morgan stop, an area which already includes Roberta’s, Blanca and Forrest Point. “Bushwick seems to be the new frontier,” said co-owner Jorge Boetto. “A lot of artists, a big community of young energy, young people, are moving to other neighborhoods to explore them and develop them. So we’re  moving with them.”

Plans for Guadalupe Inn were already underway when the L train news was announced, and the Mexican restaurant hopes to weather the shutdown by becoming both a destination as well as an upscale dining option for the neighborhood. The restaurant’s dining room features a stage which will host both musical and performance acts. “This is going to be kind of like an isolated area, so you better prepare for people taking an Uber and coming here to see a show and have an excellent dinner,” Boetto said. “You can’t rely on just the people who live here, because they might move once the L train shuts down,” he continued. “It’s going to be interesting to see what happens, nobody really knows. Maybe it’ll be good for business… [people] still have to dine and drink and be entertained.”

Boetto and co-owners chef Ivan Garcia and Gerardo Zabaleta met and became friends while working in restaurants around Manhattan’s Lower East Side 15 years ago. All three hail from Mexico City, and set out to create restaurants that represent their hometown and country through cuisine and design. Garcia designed the menu, which he labels “casual elegant,” and takes a heavy focus on vegetarian and vegan options, although meat dishes — fish, chicken, lamb, beef tongue — are also present on the menu.

The team completely renovated the space, formerly a dive bar, keeping only the mirror above the bar and bar stools from the room’s former iteration. Dark floral wallpaper cloaks one wall of the bar room, while the dining room opens up to maple wood tables and cactus green banquets. Custom-designed brass lighting fixtures hang from the ceilings.

“There’s a bit of misconception about what a Mexican restaurant is, and what modern Mexico design can be,” said Boetto. “A lot of times people walk into our restaurants, and they’re a bit surprised that it’s Mexican cuisine. I don’t know if they expect sombreros hanging on the wall or something,” he mused. “There’s a part of Mexico that we’re trying to represent, which is modern Mexico City.”