Since exiting Dior Homme in 2007, Hedi Slimane has turned his focus to photography and kept quiet about the fashion industry. Until now. 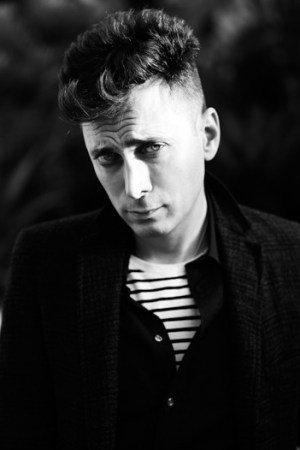 The Paris Scene This Couture Season

Among the many innovations Hedi Slimane brought to men’s fashion was the way he sent his young models down the runway: in an urgent, headlong bolt, as if the clothes on their backs carried an expiration date. As it turned out, that was far from true. Four years after Slimane walked away from Dior Homme, the skinny rocker look he pioneered is still very much in currency.

This story first appeared in the March 21, 2011 issue of WWD. Subscribe Today.

“Nothing has changed since 2002. Men’s fashion is a slow-motion cycle, operating with a certain delay,” Slimane says. “I’ve heard two million times how skinny jeans are so last season…but nothing truly makes it in the streets now except for this.”

Slimane definitely made a mark on the “Noughties,” and his new book of photographs—the four-volume box set Anthology of a Decade, out this month from publisher JRP-Ringier—provides a striking visual reminder. It documents the period with velvety black-and-white images taken at fashion shows, rock concerts and on the streets—anywhere cool kids congregate and nudge the culture forward.

Now based in Los Angeles and devoting himself to photography, Slimane seems sanguine about what he describes as a mere pause from fashion. In an e-mail exchange, he makes it clear that he harbors no regrets about his time away from the atelier. “I had enough time to define my style precisely,” he says. “It would have been different if I had left fashion before having defined it. I also never intended to give up on design, but to take a necessary and healthy distance.…I do still love design, and somehow have protected my passion for it. I’ll catch up with it in time.”

Meanwhile, twin exhibitions at Almine Rech’s galleries in Paris and Brussels, wrapping up their monthlong runs on March 26, are testament to Slimane’s other new career as a fine artist, whose works range from fragmented photos that can be hung across corners to minimalist sculptures. Both European expos are dedicated to America, where the transplanted Parisian has befriended a range of cultural figures, from filmmaker Gus Van Sant to artist Sterling Ruby.

Here, Slimane goes on the record about the current state of men’s wear and the various links between music and fashion and the celebrity juggernaut.

Do you find photography as fulfilling as fashion design?
It is reassuring that pictures will always be there. You are slowly building an archive, the portrait of an era.…Fashion design is fulfilling at a different level. It is mostly a really pleasant process, light and seducing. I always had a hedonistic view of fashion design.

Has being a photographer given you a more objective view of the fashion industry?
It seems quite refreshing to be on this side of fashion, to have the distance and freedom. The fashion system has been busy keeping up with broadband and blogging/social networking. It is not always for the best, but it did give fashion a global audience. The unfortunate outcome might be the obsession and collusion between the celebrity culture and high fashion. It is just a big global mess of random endorsement. Nothing looks worse than a dress or a suit on a red carpet. It is an ongoing tragedy of cheap fashion on cheap celebrities, followed by ubercheap comments. I only like designers’ clothes on models. Good models have an inner understanding of the clothes and design.

When you look at the styles documented in your book, does anything look dated to your eye?
My principles are obviously still revisited by the industry. My style ended up an open commodity. Even the suit business still follows those proportions.

What do you see coming next?
The next big thing will come out of a small thing, as always—a small scene or music movement that might emerge out of nowhere. The interesting thing is that it will certainly build up instantly on the Internet, from one day to another.

Early in your fashion career, you were associated with electronic music. What first drew you to the indie-rock scene?
The mid-Nineties, just after the grunge influence, was a golden age of electronic music. The moment that changed everything was 9/11. It had just as strong of an impact on creativity as it had on geopolitics. For sounds and culture in general—fashion included—everything had to change. It was like the end of illusions—[going from] the high of the electronic world to a reassuring, imperfect gritty world saturated with archaic electric or acoustic guitars and vintage amplifiers, and the return of live performance. This is why my collections evolved—the birth of a new music: The White Stripes, The Strokes, The Libertines…

How important is the link between fashion and music? Which one is leading the dance?
It is an interesting connection since the Fifties, really. Music has shaped men’s fashion, and transposed in a playful and witty manner its riding or military heritage. It is difficult to figure out who leads, but music and fashion are connected genetically. They create those sonic and stylish tribes that would define decades—early-Fifties rockers, Mods, Teddy Boys, punks, grunge, New Wave, etc.

What are you listening to these days?
California is now defining an interesting sound, something like a gritty transposition of surf music, with bands such as Wavves. Los Angeles is today one of the most vibrant scenes in the U.S., with musicians such as Local Natives, No Age and Warpaint. The U.K. also has a lot of newcomers—among them, The Heartbreaks, Egyptian Hip Hop and Zoo Kid.

What’s your take on the state of men’s fashion in 2011?
It is in a holding pattern. The cycles are obviously much longer than the rhythm of the fashion seasons. When some kind of revolution in music will come, it will be the time for fashion to change.

Any predictions about the next big look?
I would need to be back in an atelier to answer you.…But we should drop for good this predictable story each season, about a lean and youthful male figure versus conventional men’s wear and male proportions. There is obviously room for everything.…Besides, an athletic man, or whatever you want to call him, will only look good in a very classic suit, a pair of classic jeans, athletic clothes or simply naked. Forget fashion. This is not going to happen, unless you want to look like a Chippendales dancer in designer clothes.…And by “fashion,” I mean men’s fashion at the same level as women’s. This is what I always pursued during my design years, defending the idea of men’s fashion rather than men’s wear.

Do you harbor any ambition to do it again, designing either elite fashion or something more democratic?
I only like luxury fashion. You have to decide where you stand. I like well-made, authentic clothes, well-crafted tailoring. I also like the dream and fantasy of luxury, the exception and rarity of it. I have no interest at all in fast retail. It is ambiguous.

How do you look back on the time you spent at Dior Homme and YSL Homme?
I have a really affectionate relation to it; it is part of me. I am mostly really protective of my models—my clothes were always about and for them.…YSL years were the age of innocence in some way. I did not have any idea of what I was doing, and I was working with the most wonderful, historical team, next to Yves Saint Laurent, Pierre Bergé. It was so Parisian, charming and authentic. I also have a wonderful memory of the making of Dior Homme, which was almost like a utopia.

How have you adjusted to life in Los Angeles?
Too well, I guess. I am deeply attached to California in general. Los Angeles is also today the city I find the most relevant or interesting with regard to the Internet age, the entertainment industry—which fashion seems to have become a part of—and contemporary fields, art in particular, and indie music lately. I am not quite sure where I’ll end up next. This is never something I plan; it simply happens.

Is your working attire different from what it was when you were a fashion designer? What sorts of things are you wearing these days?
I still wear the same thing—a lot of vintage clothes, which I sometimes correct or refit with my local Beverly Hills tailor. I wear my suits. And I might need to go back on the treadmills soon and design something else to wear.