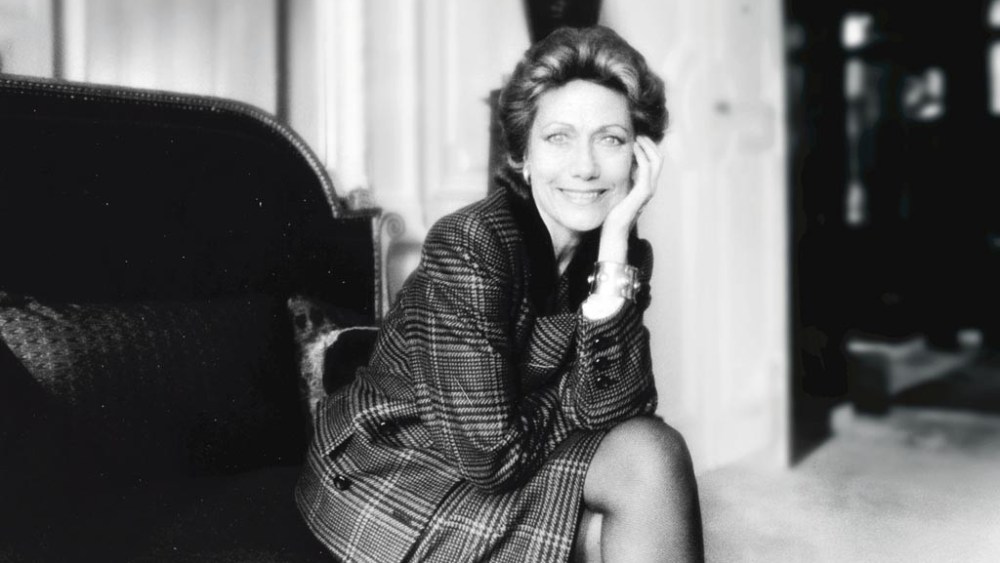 A glittering page of history will turn on Thursday with the sale of the estate of Hélène Rochas, the celebrated Parisian beauty and jet-set fixture who helped turn the house of Rochas into a perfume powerhouse.

The widow of couturier Marcel Rochas died last year, leaving behind a vast collection of art and antiques that will be auctioned off at Christie’s in Paris.

Highlights include a painting by Balthus valued at $4.1 million to $6.7 million; four portraits of Hélène Rochas by Andy Warhol; paintings by Wassily Kandinsky, Edouard Vuillard and Ben Nicholson, and a plethora of 18th- and 19th-century furniture and objects.

Her son François and daughter Sophie have separately put on the block her 4,300-square-foot apartment, with a private garden filled with white flowers, on Rue Barbet-de-Jouy in the French capital’s 7th arrondissement — a stone’s throw from the residence formerly shared by Yves Saint Laurent and his partner Pierre Bergé.

The apartment, which came to symbolize the height of Parisian elegance and taste, is lavishly depicted in the catalogue of the auction, which also features vintage photographs and tributes from the likes of Hubert de Givenchy, who noted that Rochas was exceptionally skilled at blending classic and contemporary elements.

“A new style was created, and it was truly a revelation. I would even say it was a revolution in taste,” Givenchy says.

Sophie Rochas says the original interior was conceived by her father and his decorator, Georges Geffroy. In the decades following the couturier’s untimely death in 1955, Hélène Rochas increasingly made it her own, influenced by the subsequent men in her life — the film agent André Bernheim and aristocrat Kim d’Estainville, who sparked her interest in Art Deco.

Her daughter recalls the apartment as a hub for the leading lights of the day — everyone from screen siren Michèle Morgan to artists Man Ray and Salvador Dalí. “I sat for the painter Leonor Fini, with her cats,” she says. “If I listed everyone, you would think I was name-dropping, but I’m not making it up. I was used to it.”

The Pygmalion-like Marcel Rochas controlled every detail. “He was an artist to his fingertips, which meant he decided what my mother wore, the tablecloths, the menus, the porcelain. He was omnipresent — probably too much so, even,” she says.

As a little girl, Sophie Rochas viewed her mother, known in society circles as “la belle Hélène,” as a fantasy creature lifted from the pages of a fashion magazine.

“She would swish past in a cloud of scent, with these stunning dresses that my father made for her, but she was elusive. She was always acting a part, that of the mythical and beautiful Hélène Rochas, so she was less of a mother figure than a sort of dazzling fairy that I admired from afar,” she explains.

François de Ricqlès, chairman of Christie’s France and a friend of Hélène Rochas, describes the collection as the culmination of a cosmopolitan French style influenced by the wealthy Americans who started coming to Paris in the Twenties.

“It’s a form of taste that has practically died out, in which styles and eras are brought together with elegance and sobriety. The walls are white, the curtains are plain and what stands out is the beauty of the artworks,” he says. “I think it’s extremely Parisian.”

The collection contains few Art Deco pieces, since Hélène Rochas sold off most of those in a 1990 auction held at Christie’s in Monaco. A notable exception is a wooden mask sculpture by Jean Lambert-Rucki and Jean Dunand, valued at $81,000 to $110,000, dating from around 1925.

Sophie Rochas says she had kept only a handful of items, including an Alberto Giacometti lamp, and would be sorry to see others go — among them, her mother’s Louis XV four-poster bed, an 18th-century mahogany rolltop desk and a Pablo Picasso terra-cotta vase. But mostly, she feels relief.

“This sale is a liberation. It closes the chapter on a beautiful story, which, in a sense, belongs to the past now. It’s the end of an era,” she says.

Besides which, Rochas notes with a sly laugh, she doesn’t need any more precious possessions. “Andy Warhol introduced me to the father of my daughter, so I have a living work of art — my daughter, Sarah,” she says.