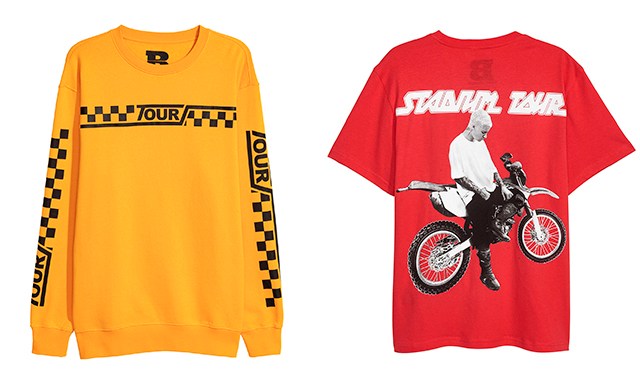 Justin Bieber may have canceled the rest of his Purpose World Tour, but that won’t stop him from continuing to drop new merchandise for it. H&M revealed that a new line of merch inspired by the singer’s Stadium Tour collection is on the way.

Bieber released the look book for his Stadium Tour set — in partnership with merchandise maven Bravado — in May. Just two months later, he reportedly canceled the remaining dates of his tour to refocus his energy on his Christian beliefs. He has since been spotted spending time with various members of Hillsong Church, including Pastor Carl Lentz.

H&M’s upcoming drop follows its previous “The Purpose Tour” collection. The offerings include the usual hoodies, bombers, T-shirts and joggers in red, gray, white and yellow, and will be made available online, as well as in select stores, on Sept. 7.

Bieber has already had quite a few merchandise releases tied to his “Purpose” album, which came out nearly two years ago. He collaborated on a collection with Barneys, tapped VFiles for a pop-up and also released a more affordable line with Forever 21. Now that he’s off the road, fans can expect this new H&M collab to be the last from his “Purpose” era. Until the next album.