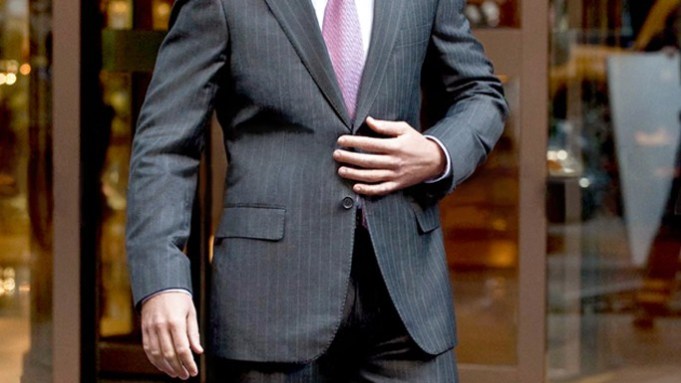 In addition to dressing Bale, the Italian designer worked with Hemming to outfit costars Gary Oldman, Michael Caine and Joseph Gordon-Levitt, and to provide accessories for leading lady Anne Hathaway.

“In the lexicon of superheroes, it’s an honor to be associated with such an intriguing character as Bruce Wayne,” Armani said, adding that he sought to project “strength and consistency in Wayne’s edgy, mysterious world.”

“We had established Wayne’s elegant tailored look in contrast to his iconic Batman persona,” said Hemming. “Giorgio Armani’s luxury suiting continues to offer the perfect visual look for him.”

“The Dark Knight Rises” opens in theaters and IMAX on Friday.