A flurry of fashion-related tea events have hit the former British colony in recent months. 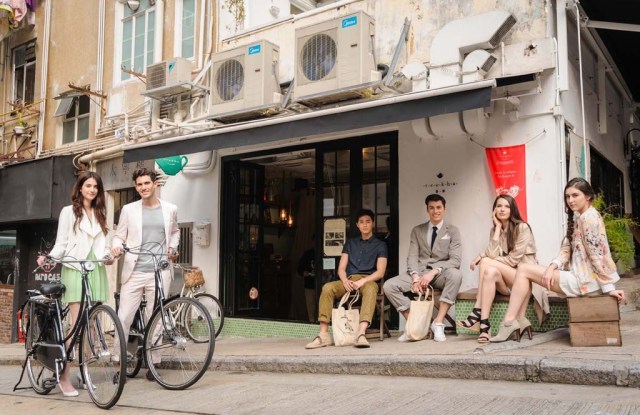 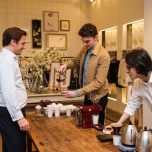 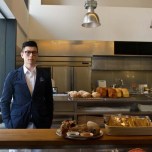 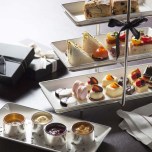 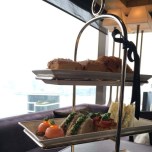 In most cities, there’s the Ladies Who Lunch crowd, but in Hong Kong, such gatherings are just as likely to occur over a pot of tea and scones.

Fashion labels have caught on to this quirk in the former British colony, inspiring a flurry of fashion-related tea events in recent months. French fashion house Lanvin paired up with Sevva, a picturesque restaurant owned by Hong Kong socialite-turned-entrepreneur Bonnae Gokson, to offer a special Parisian-inspired afternoon tea in December. Featuring sweet and savory trifles such as a pineapple crème gateaux and foie gras mousse and onion marmalade on a waffle, the “designer afternoon tea” was served with place mats decorated with Alber Elbaz’s sketches. It also came with a gift voucher redeemable at Lanvin’s new flagship.

In a city with 11,000 restaurants and best known for food and shopping, it’s inevitable that the two industries — food and fashion — would find ways to work together. In Hong Kong, food is served at seemingly any and all events including financial earnings results presentations, initial public offerings and auctions.

“I don’t really see it anywhere else. People socialize more around food than elsewhere. Sharing a pot of tea is quite common and it’s part of the ‘tai tai’ culture,” said Kim Mills of Plug, an independent public relations agency in Hong Kong focused on lifestyle brands.

“It’s a good pairing without being a competition,” said Mills.

Net-a-porter recently collaborated with two British skin-care brands, Aurelia Probiotic Skincare and Dr. Jackson’s Natural Products, to introduce an exclusive afternoon tea at Café Gray Deluxe. Aurelia’s afternoon tea, which was offered through most of February, featured cakes and pastries made from organic ingredients that are also used in the skin care line. The menu included a beetroot-cucumber roll and a rose water macaroon. Later that month, a Dr. Jackson-inspired tea set also featured organic ingredients. The teas came with gifts sets and a gift voucher.

Taking a slightly different approach, Club Monaco recently teamed up with three cafés in Hong Kong’s newly hip “PoHo” area to come up with an event featuring not only baked goods and coffee but also music and art. Two of the cafés, Teakha and Po’s Atelier, served up special tea sets with goodies such as a noisette bun, green tea cheesecake and rose tea, while local artists performed outdoors. Models, decked out in Club Monaco’s spring collection, rode bicycles around the area and handed out coffee sleeves that could be redeemed for free coffee or cake at one of the participating cafés.

“They very much represent the Club Monaco spirit and have their own artistic circle,” said Alice Lam, marketing manager at Imaginex Group, which handles the brand in the region, adding that the cafés’ customers coincided with Club Monaco’s clientele.