"For a bit, we got complacent with the idea of packaging people and putting them in different places."

A look inside Omar's and La Boîte, which opened December 12.

According to Omar Hernandez, the founder of celebrity magnet nightclubs Omar’s La Ranita and Omar’s at Vaucluse, New York has lost its way in the fun department. Good times haven’t been completely abandoned, but they are lying dormant somewhere.

What he means is this: For the past few years, New Yorkers haven’t had a place to go where they can feel free, dance and listen to music. Connections between people — the cardinal reason for nightlife’s existence — have been severed.

He’s aiming to right the course with his new dining-club-slash-nightclub, Omar’s and La Boîte.

“New York is one big, private club that keeps evolving, but we have cultivated a whole nightlife vibe that’s not inviting,” Hernandez says over the phone, one week before Omar’s and La Boîte opened on Dec. 12 on the Lower East Side. “There’s a big audience that wants to connect with people, that wants people to curate for them, so that the valuable time we have to socialize and have a leisure moment feels like it’s worth your time. Otherwise, why bother?”

The Caracas, Venezuela, native has created the next iteration of La Ranita and Vaucluse, both nightclubs which draws such celebrity clientele as Madonna, Katy Perry, Marc Jacobs and Bella Hadid.

His new concept is, in effect, two different places. Omar’s is a members-only dining club, where guests will experience immersive, theatrical dinner parties with food from chef Flynn McGarry, who operates the restaurant Gem around the corner. La Boîte is a nightclub downstairs, open to the public, allowing members and outsiders alike to continue the party.

Hernandez talks about his approach to creating nightlife spaces with a sprawling, almost philosophical outlook — he speaks of the need for inter-subjectivity; how fashion, publishing, technology and other cultural disciplines are realigning and causing a restructuring of how people connect with one another. These ideas each influenced the way he designed and conceived Omar’s and La Boîte, especially when it came to the experiential element.

“It’s basically one big stage,” he explains. “The entrance to the space is a backstage; we designed it in a way that you will get a little sneak peek of the green room where my performers will be getting ready. I wanted people to feel disoriented a bit, so they kind of understand what might happen. When you’re invited to a gala, a dinner party, the best part you always enjoy the most tends to be the first in between, when you arrive, when you’re looking for your first drink, having a little bite of something, meeting people. All of a sudden, there’s a bit of an entertainment. Then you almost regret to have a full meal because you feel like it kills these possibilities.” 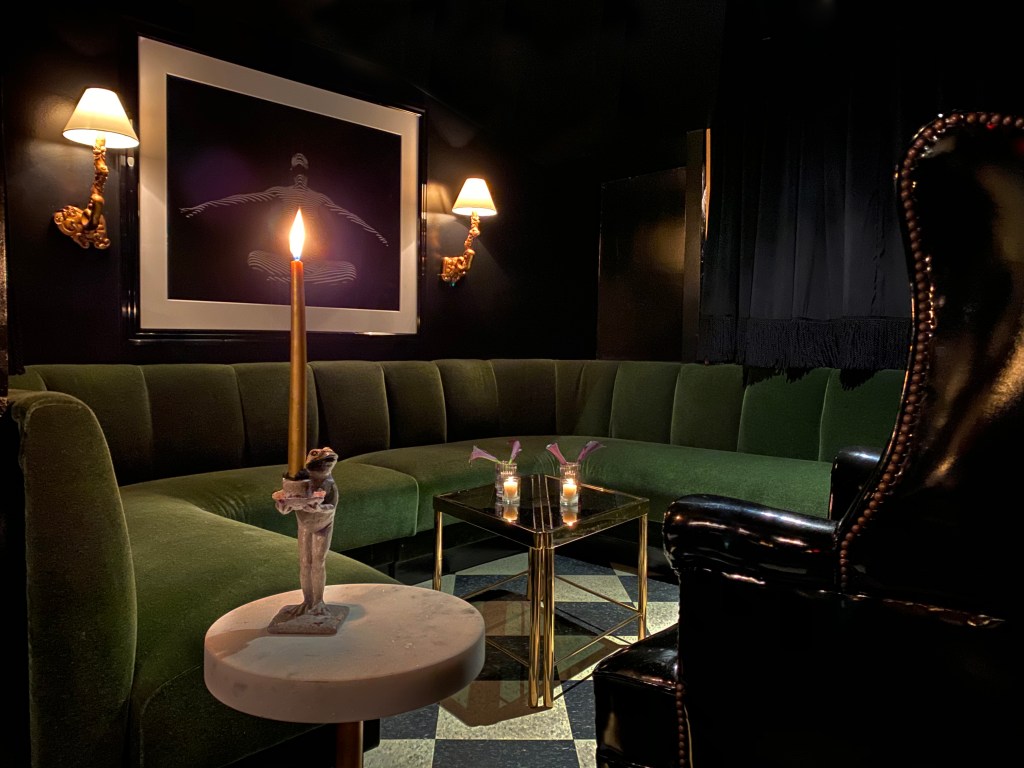 Despite the star power and success Omar’s enjoys uptown, working in the service industry comes with its occupational hazards. Hernandez experienced this during a lawsuit he was tangentially involved in, when his partner on the Vaucluse side was sued by tenants in The Beekman — the luxury co-op at 575 Park Avenue, where Omar’s at Vaucluse is housed. The building owners claimed noise issues and intense vibrations were cause for the venue to shut down. Hernandez says he’s received an invaluable education from the suit, which has been settled, and that he’ll apply this new knowledge to Omar’s and La Boîte.

“I wish I could tell you it was something really bad, but it wasn’t,” Hernandez says. “I think the biggest lesson for me is to always remain respectful, but also stay faithful to what you believe is the concept you’re offering. Always respect people that are not part of your culture, and always do the right thing, always. I learned that we walked away winning from this, because we never caved into compromising. If anything, I can make a joke about it now: luckily, downtown, we’ll have a 4 a.m. license, and a license for live bands and DJs.”

In the new space, he’ll be able to start afresh, he adds, finally connecting those people he’s always wanted to. But it is intriguing that a man so deeply obsessed with creating relationships made the decision to open a restaurant only available to those members who have been accepted in. When asked about that aspect of Omar’s and La Boîte, Hernandez explains he wanted to preserve the culture formed uptown — where, historically, the most elite private clubs have existed, and where many of his friends who pursue clandestine lifestyles live.

They will go to Omar’s. Later in the night, anyone can come to the discotheque and lounge La Boîte downstairs.

“I’m a little tired of the uniform places that were so safe with the same offering,” he says. “For a bit, we got complacent with the idea of packaging people and putting them in different places. Almost segregated a little bit: this type of style goes here, this type stays here, these ones go there. And that’s really not New York. When you mix everyone from uptown, downtown, Brooklyn — an art dealer with an artist, a model with a builder with somebody who is in construction but they love the nightlife — that is New York. Everyone has a place in your space. Food is that disarming element that connects everyone. And a little bit of alcohol, why not?”

Jon Neidich on What People Want From Hospitality and Nightlife Today