Fifty Years Ago, Agnes Denes Predicted What Climate Change Could Do

Now, the artist's life's work is being recognized in a major retrospective at The Shed at Hudson Yards.

In the Sixties, when artist Agnes Denes first started embarking on projects involving the environment — ecological endeavors which would come to define the Land Art movement — people thought she was crazy.

Back then, people considered her proposals to build farms on city rooftops and harness energy from the sun through huge panels impossible.

They were especially aghast at an idea that has become a cornerstone of her life’s work, and is the subject of a major retrospective at The Shed in New York: climate change.

Denes, a native of Hungary who moved to the United States with her family when she was a teenager, saw indications of a world in trouble in 1968, when today’s global concern was barely a thought in the public’s mind. She visited Connecticut College to speak on climate change and other environmental issues that year, suggesting the school teach rooftop planting studies to its students. The architect involved in a related project immediately nixed the proposal. 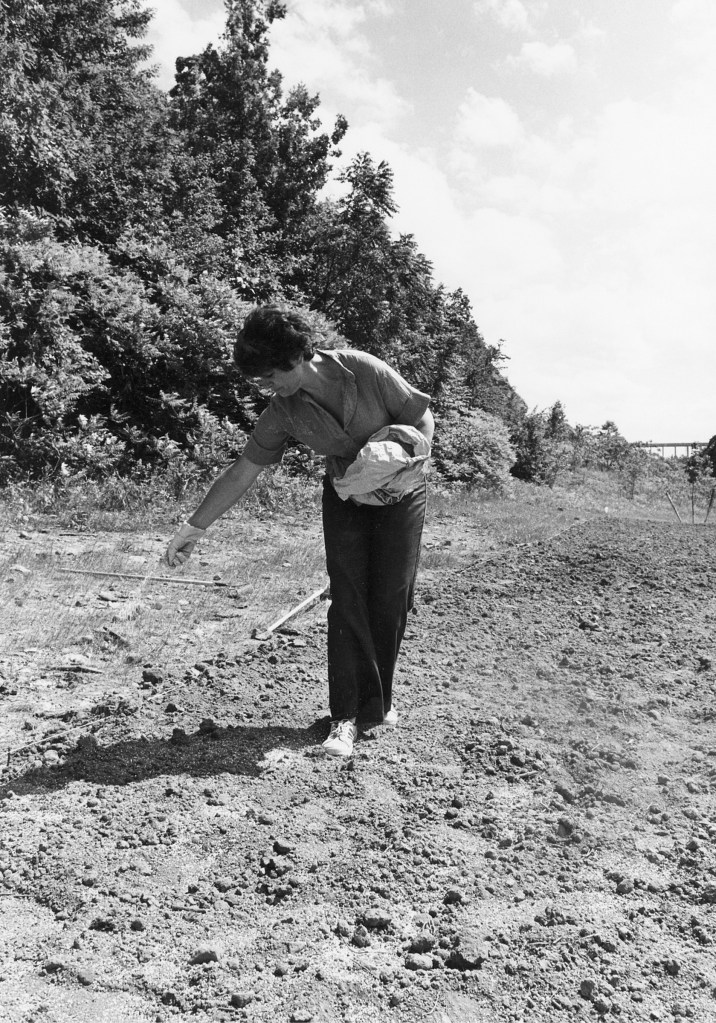 Agnes Denes works on the environmental project “Rice/Tree/Burial,” in 1968 in Sullivan County, N.Y.

“Innovative ideas need time to sink in and then [for people] to act on them even more,” Denes, 88, says via e-mail. “And even then comes the arrogance of those who oppose necessary change for their own selfish reasons, political gain or money.

“I’ve never hated anyone nor have I ever hit a person, but just give me one of these people and watch me lose my temper.”

“Agnes Denes: Absolutes and Intermediates,” which opened at The Shed last week and will run there until March 22, examines Denes’ breadth of work over the span of 50 years. Although she’s best known for her environmental projects — including her most famous, “Wheatfield — A Confrontation,” in which Denes planted a two-acre wheat field on the Battery Park landfill near Wall Street and produced over 1,000 pounds of wheat — “Absolutes and Intermediates” covers the multidisciplinary nature of her work, and her manner of thinking. 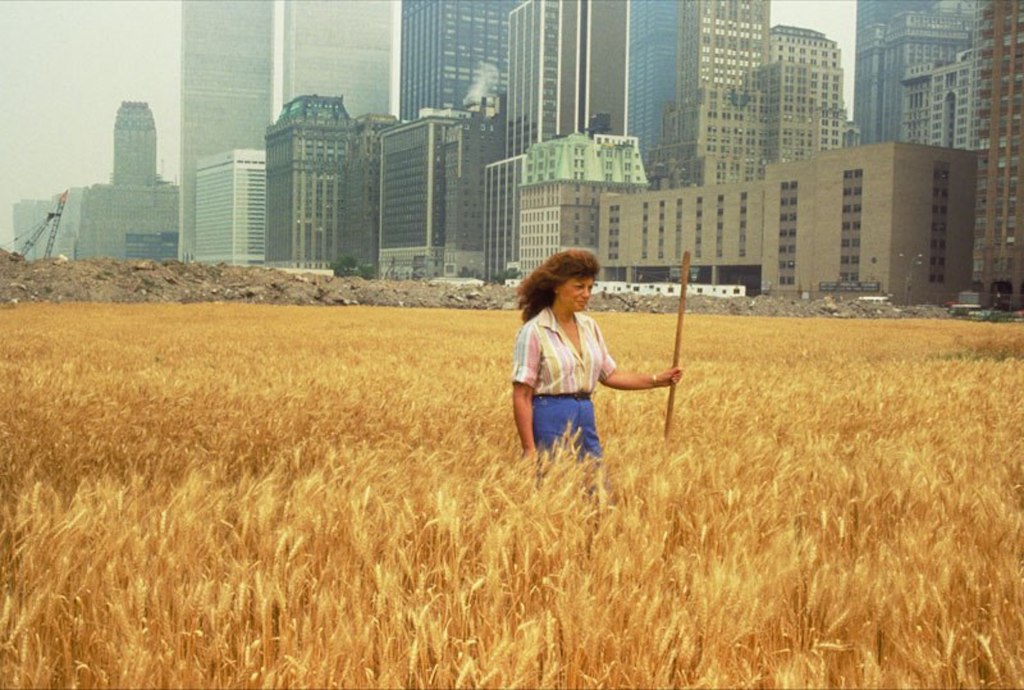 Agnes Denes stands in her Land Art piece “Wheatfield — A Confrontation” in 1982. Two acres of wheat were planted and harvested by Denes on the Battery Park landfill in Manhattan.  Courtesy Photograph

The exhibit’s senior curator Emma Enderby spent years researching Denes, conversing with her and leafing through the history of her career before she felt ready to create the exhibition, which stretches over two floors and includes her visual art, written work, statues and installations in addition to commissioned pieces.

“Her body of work is vast, complex and, really, just scratching the surface,” Enderby says. “She cringes when I say this, but Leonardo Da Vinci is someone whose work is similar to hers. She’ll say, ‘That’s bulls–t, honey!’”

It’s not necessarily an out-of-this-world claim.

Similar to Da Vinci, Denes saw disciplines like writing, architecture, poetry and visual arts as interconnected; as a result, she absorbed them all in her practice. (Her sketches of the human body, too, echo the Vitruvian Man.) The cross-over can be seen at “Absolutes and Intermediates,” where her early drawings take on the technical look of a draftsperson’s — like the meticulous “Map Projections,” a hand-sketched rendering of the globe, in the shape of a hot dog, on graph paper. 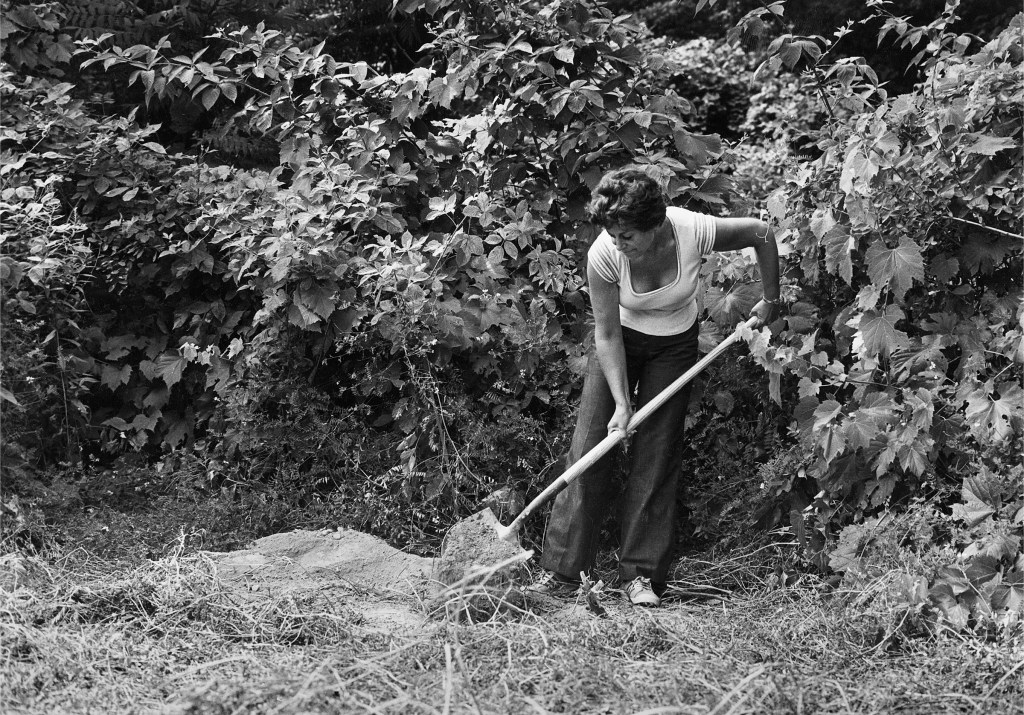 Denes tapped architects to teach her their ways when it came to drawing, philosophers to discuss humans’ existence as it pertains to the environment. Plus, she did a huge amount of personal studying on her own time to learn other crafts, then integrated those into her own work.

“I once wrote that ‘We live in an age of specialization, when disciplines have become progressively alienated from each other, creating communication problems,’” Denes says. “I still believe that.”

Denes’ prescient knowledge about climate change is most evident in the exhibition. In the beginning, her take on the world is philosophical and abstract, but deeper into the Eighties, her Land Art pieces adopt a more practical — but still fantastical — approach.

For “Tree Mountain,” Denes enlisted 11,000 people to plant 11,000 trees in Finland, an elliptical, orbiting spiral of forestry built atop a gravel pit. It’s the first man-made forest built by humans in the world. 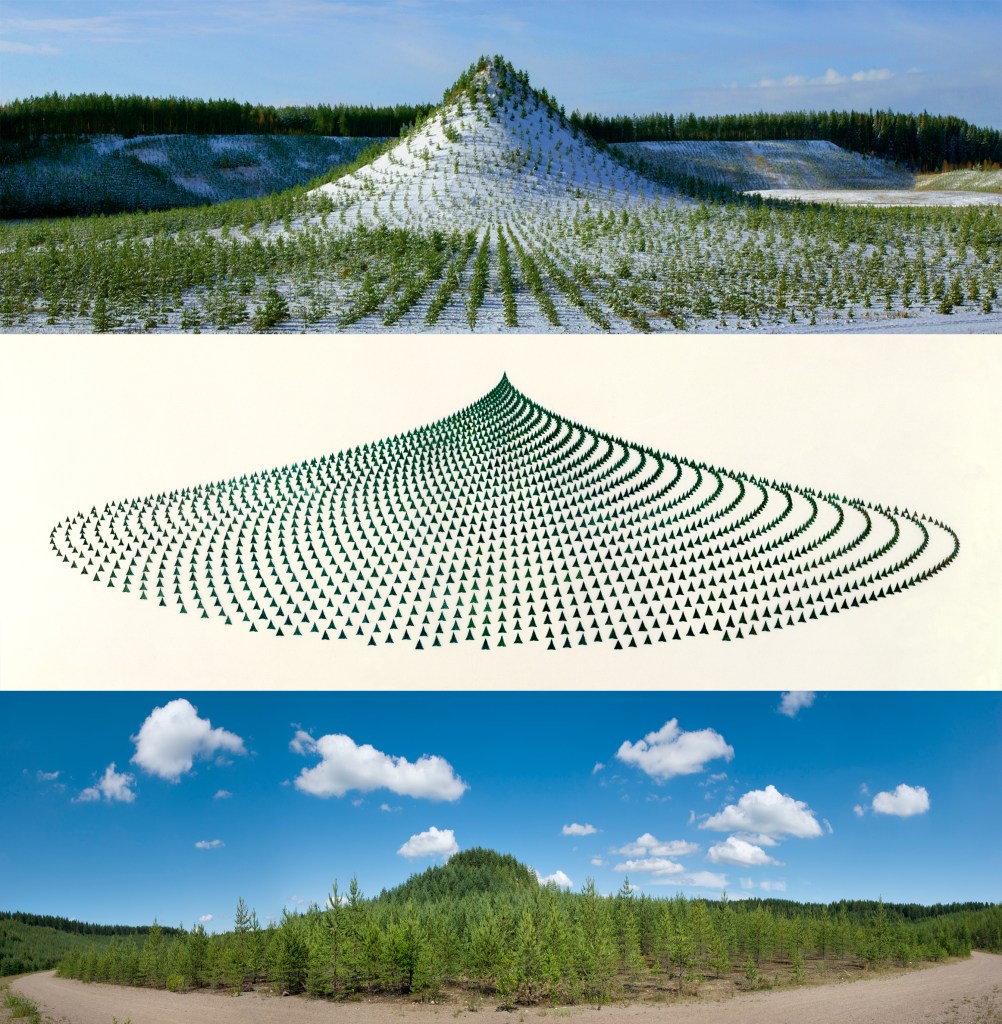 A rendering and photographs of “Tree Mountain” in Finland.

Denes plans on doing something similar in New York. After Hurricane Sandy hit, she wanted to create an environment that could hold back rising sea levels. The artist got to work on the idea for a man-made forest at Edgemere in the Far Rockaways, and the model for this concept is mounted at The Shed — a reminder that Denes could spend another 50 years advocating for the environment and it would still be an essential effort.

“I looked around me and understood that we must adapt to our world,” Denes says. “It’s not hard, it just requires you to learn about impending issues and then try and find solutions to confront them. I lived with science and had a philosophical mind. I listened, studied and assessed the problems and realized that unless we were able to make drastic changes, it would continue to get worse and the world was in trouble. I lectured on this at colleges and universities. The young listened.

“When they grew up, some became the artists today working with these issues.” 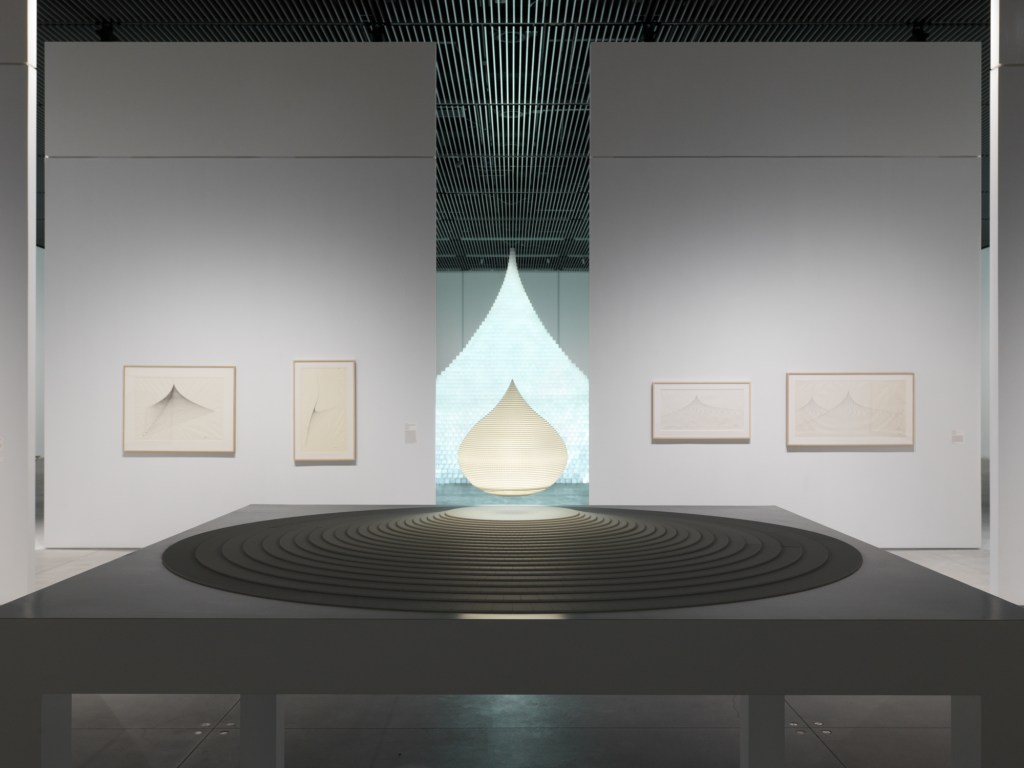 “Model for Teardrop — Monument to Being Earthbound,” is one of three newly commissioned works on view at The Shed as part of the retrospective. According to curator Emma Enderby, the piece is kept in suspension by electromagnets. “Agnes wanted it to be flickering and moving like a candle,” Enderby says.  Courtesy Photograph