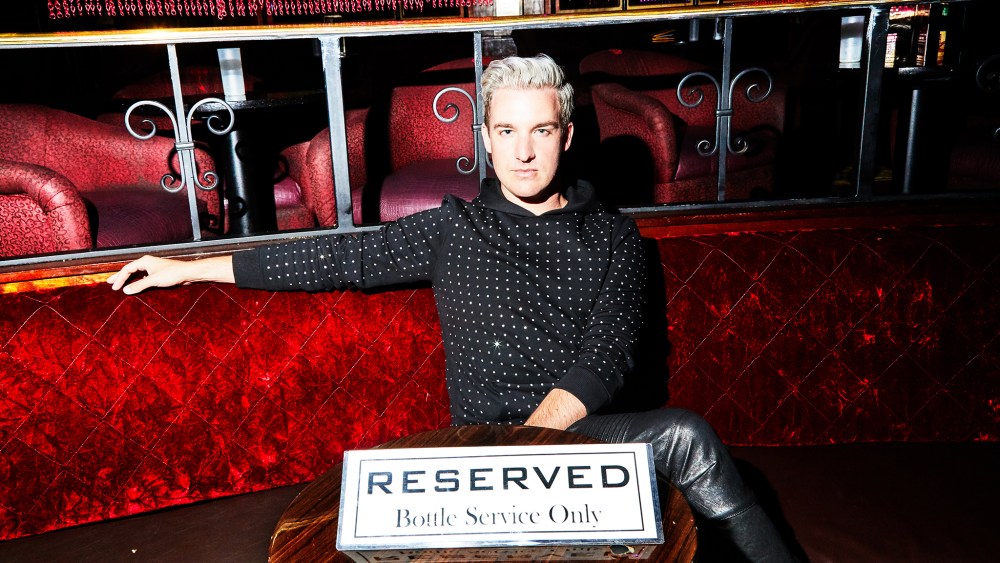 It starts in the locker room. The bright, green-and-white space in the back of Show Palace Gentlemen’s Club, in Long Island City (New York’s largest strip club, at 10,000 square feet) is, of course, where the night begins for the women who dance there, the number of which ranges anywhere from 50 to 80 on any given night. And it’s fittingly the first place in the movie “Hustlers” where one is first properly introduced to the film’s name characters — Constance Wu, Cardi B, Lizzo (Jennifer Lopez comes later).

“One of the first things you see is the Destiny character [played by Wu] lead from getting ready right here, and she walks out and you see the club through her eyes,” says Mitchell Travers, the movie’s costume designer, back in the locker room at Show Palace a few days after its release. “And it was always really important to our filmmakers to witness the club for the first time through one of the women’s eyes. Because of course we have so many images of what it’s like to be a man in a chair. But there are very, very few images about what it’s like to be the woman who’s getting ready to perform.”

The locker room is also where Travers started when he began his journey into “Hustlers,” which had him hand-stitching Jennifer Lopez into a jeweled catsuit, scouring archival pieces from the showrooms of 2000s-era dominators like Guess and Juicy Couture — and discovering Born Exotic, a party bus full of stripwear that provides many of the tri-state area’s strippers and dancers with performance wear.

Travers first came to Show Palace on a Saturday night with the film’s director, Lorene Scafaria — seeing the club in full swing was helpful — but it wasn’t until they were taken back into the locker room that they got a sense of what a typical night is like for the women working as dancers and strippers.

“We left that dimly lit, really romantic environment [of the club] and we were led back here so we could get a sense of what’s really happening,” he says. “How long does it take to get ready? How many women are here? What’s the relationship like between those women? Are they helping each other? Are they trying to get out first? Are they trying to get out last? Being in this environment made us ask a million questions.”

What he saw not only guided him from a clothing perspective, but also brought him into the emotions of the business.

“I was really charmed by the friendships that I saw: the interactions, the generosity between women,” he says. “Girls were coming off the floor telling the girls who are about to go out how the floor is or who’s out there, who to pay attention to, who not to. I was so stunned by the relationships.”

“Hustlers,” which is based on the true story of a group of strippers who conned Wall Street-type patrons in the aftermath of the 2008 financial crisis, premiered at the Toronto International Film Festival and word quickly spread of “wait, that fun-looking JLo stripper movie is actually kind of a good film” — critics fell for it, and it went on to set records upon opening last weekend, becoming the largest opening for distribution company STXFilms and generating some potential Oscar buzz for Lopez.

Travers had been sourcing stripper clothes from various places when he learned about the bus called Born Exotic from a dancer.

“Which was myth to me, at first. I didn’t believe such a thing,” he says. “I got to know the owner [Rich Clyde] and he was like ‘we have a bus. We bring it out to the clubs. That way the girls can come from the club, pick up their outfits and go back to work.’ I was like, ‘this sounds like a stripper ice cream truck and I’m very interested in that.’”

“Obviously this was a huge resource to me as the designer of a movie that takes place partially in a strip club,” Travers says. “They supply a lot of the clothes in the area and they’re very used to the demands that the clothing needs. So I was like ‘total win.’ A dream find.”

Travers says Clyde and his associates initially didn’t believe him when he stressed the volume he needed. “I was like, ‘I need a lot of stripper clothes,’ and they were like, ‘of course. Like four pieces, six pieces?’ And I was like, ‘A few hundred. And I need them to all be different and I need them to work on a pole, in the Champagne room. I need them to have rhinestones, nets, stretch.’ There’s a lot of athleticism. This profession demands a lot of its clothing — it’s sportswear in a lot of senses.”

Clyde has had the Born Exotic business for seven years. A former graphic designer and urban wear manufacturer, he got into stripwear through his girlfriend, a stripper who used to dance with Cardi B.

“We needed to find something to make during the off season and find something that we could make money from year round, so we went to stripper clothes,” he says over the phone.

Born Exotic is based in Newark, N.J., where all the items are made in its factory. Clyde had been traveling to clubs to sell merchandise, because “sometimes girls can’t make it out” to his Newark storefront, but could only bring along a small bag with limited options.

“I needed a way to get more merchandise to the venues. And once I did that we came up with the bus,” he says.

He launched the bus a year ago and makes the rounds to clubs and also does house calls. “Like Domino’s,” he says.

“It’s a bizarre thing when somebody tells you they can pull up to your house that night with a bus full of what you need…that doesn’t really happen in any other, with any other vendors,” Travers says. “So I did not believe it until I saw it with my own eyes.”

“Hustlers” takes place in 2008, a time when fashion leaned toward what Travers calls a “Trumpian sense of glamour.” For non-stripwear items, he worked with The Blonds for runway pieces, as well as archival items from Guess, Juicy Couture, Hervé Leger, Christian Louboutin and more.

“I think it is one of the first movies that’s helping to solidify what we now know as the 2000s,” Travers says. “When you go to a costume rental house you can go through rows and rows of curated 1970s stock, Eighties, Nineties — there is an understanding of what that time looked like for many people. But for the early 2000s, because it is so close to our memory, it hasn’t really been defined in the way that a movie can define an era.”

Travers, whose previous credits include “Eighth Grade” and “Late Night,” entered the project with a “pedestrian experience of strip club culture,” he says. “What I learned along the road is that it is like many other businesses. There are many different types of people. There are preconceived notions about this industry that it doesn’t deserve, and I hope that our film explores parts of that.

Read More: ‘Downton Abbey’ Star Laura Carmichael on Why Things Are Looking Up for Lady Edith

“Being the costume designer for ‘Hustlers’ means that I got to know people very, very well,” he continues. “I got to understand what they see when they look in a mirror, which isn’t necessarily what I might see when I look in the mirror. But it gave me an opportunity to understand people the way that they see themselves. And my challenge was to try to dress them so that they felt confident and appropriate for the setting.”