The land on lava heats up. 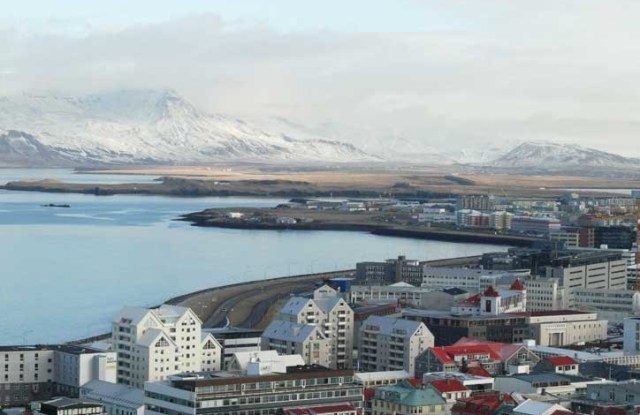 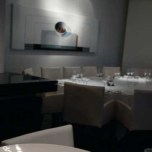 The land on lava heats up.

It’s not difficult to see why Jules Verne picked Iceland as the starting point for his science fiction classic A Journey to the Center of the Earth. With its lava fields, hot springs, craters and imposing mountains, the country is a breeding ground for fertile imaginations. Just ask its inhabitants.

“Creation is part of who we are,” offers Haraldur Jonsson, one of Iceland’s most prominent artists. “Volcanic lava is the starting point of life.”

“It’s such a small closed island, we have to do something creative,” agrees sculptor Brynhildur Porgeirsdottir, whose art made from lava, glass and cement is gaining international acclaim. “We have this energy that makes us believe in ourselves. We are not afraid to push the limits.”

Their beliefs are not limited to conventional practices. Reykjavík’s sole highway, which carves a pin-straight line through lava fields, suddenly swerves to avoid rock formations believed to be inhabited by “hidden people,” or elves. In the winter darkness, locals meet for social hour at outdoor thermal-heated swimming pools that dot the capital. And in the city’s main thoroughfare, Laugavegur Street, babies aboard vintage Seventies carriages are often left in biting winds and sub-degree weather outside coffee shops, while mothers sip their cappuccinos indoors.

But, as Porgeirsdottir says, all this is part of being from the island: “People think we do strange things, but our energy comes from the forces of nature.”

Nearly two-thirds of Iceland’s population of over 300,000 live in the capital, a cluster of colorful houses against an ocean and mountain backdrop. With a booming economy and attractive quality of life, it isn’t surprising that in its annual report last November the United Nations voted the glacial country the world’s best place to live.

With 99 percent literacy, creativity is part of Iceland’s daily life and it’s reflected in many genres—from music, fine arts, design and fashion to Nordic cuisine.

“When you live in Iceland, you feel the weather, you see the rain coming, you experience the snowstorm arriving and the wind circling around. We are not simply bystanders. We actually participate in life,” muses fashion designer Steinunn Sigard. “Imagine, it’s [one of the few] places in the world where you can observe midnight in the daylight.”

While Björk set the tone for a thriving Reykjavík music scene, Icelandic folk songs, which recount the land’s tales and sagas, can be traced back to the times of the Vikings. “We are the world’s ancient rappers,” said Gus Gus’s female vocalist Urdur Hakonardottir, aka Earth, in a musical Icelandic accent, English words seeming to dance off her tongue. “We passed down our history through folk song, from grandparent to grandchild.”

With roughly 90 musical schools, internationally renowned festivals, such as Iceland Airwaves, and the smallest opera house in the word, Iceland boasts one of the world’s most musical populations.

“In almost every household music plays a central role,” says classic violin- maker Hans Johannsson, who has a two-year waiting list for his Icelandic take on the classical instruments he makes in his Reykjavík workshop.

Meanwhile, independent music shops such as 12 tónar and Bad Taste Limited, the production company where Björk started, put on live concerts where budding bands from across the globe perform. In the evenings, the music set sip cocktails at Kaffibarinn.

Iceland’s dramatic landscape has also shaped its inhabitants’ sense of style. Fueled by the city’s vibrant youth culture, the street-inspired fashion scene here is just taking off, as seen in the cluster of eclectic shops that have popped up on Laugavegur Street.

At Steinunn, designer Sigurd’s structured styles are inspired by flowing lava and stone colors. Vintage items are highly prized by locals, who hunt for quirky outfits and colorful looks. Rokk og Rósir and Sputnik are two of Reykjavík’s most popular vintage shops. But vintage isn’t the only game in town. Kisan, for example, sells fashion accessories and baby clothing, while Kraum Icelandic Design sells objects by local Icelandic product designers. Dead offers customized T-shirts by artist and designer Jon Audarson, who has a cult following in Scandinavia. At Kron Kron, edgy Scandinavian brands such as Peter Jensen, Wood Wood and Henrick Vibskov are on display, while Vivienne Westwood and a handful of Belgian labels offer an international style spectrum. Trilogia is also one of Reykjavík’s trendy boutiques on Laugavegur Street. Nearby, at Naked Ape, shoppers can pick up patchwork-like tops in fluorescent colors, listen to the in-store DJ, and get their hair cut in the salon in back, while at Belleville, limited edition sneakers, skateboards, Japanese toys and street-inspired  apparel are on offer.  For art aficionados, the Turpentine Gallery, 101 Gallery and Gallery i8 sell works by local artists.

WHERE TO EAT & SLEEP

Exotic game such as reindeer, smoked puffin, wild goose and deep-sea delicacies are among the ingredients making up what Icelanders here are calling New Nordic Cuisine. Iceland’s culinary adage boasts, “Sustainable Iceland since 874.”

“We have access to rare natural produce and a creative way of preparing dishes,” says Gunnar Karl Gíslason, executive chef at VOX Reykjavík, located in the Nordica Hotel in Reykjavík. High-end restaurants have been cropping up around the capital. Fish Market, built in an old wooden house; Glo, and “O” Restaurant are among the latest additions to the Icelandic restaurant flora. Iceland’s cultural center, the Nordic House, which was designed by architect Alvar Aalto, and Boston are ideal lunch spots.

For sleeping, Hotel 101 has views of the ocean and snow-capped mountains, plus it boasts the city’s trendiest bar and restaurant downstairs. Traditionalists should head to Hotel Borg which, when it opened in the Thirties, was Reykjavík’s first hotel.