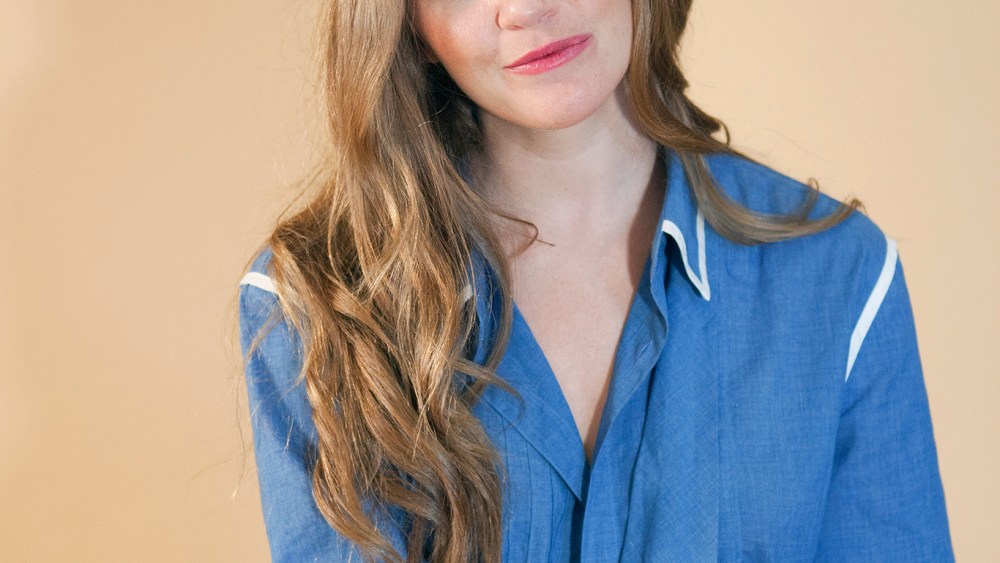 Julie Houts’ adult life has been steeped in fashion.

As a designer for J. Crew, the Indiana native spent much of her downtime doodling satirical cartoons often inspired by the industry. Houts began posting these largely inane drawings to her Instagram account without much thought, mostly to entertain friends.

“It was super casual and not about anything — it would be like a lizard wearing sweatpants,” explained the now 30-year-old. “As Instagram grew, the exposure my drawings started getting grew and then all of a sudden it wasn’t so casual anymore.”

Houts’ Instagram account (@jooleeloren) grew to more than 200,000 followers, which enabled the Brooklyn-based creative to quit her full-time job. On Tuesday, she releases her first book, “Literally Me,” a collection of full-color drawings and personal essays based on her delightfully absurdist view of the world.

While some of the book’s content is admittedly “just stupid and for fun,” there are elements that read as revealingly autobiographical. Take, for example, a handwritten journal entry bookended by custom-drawn portraits of the late Princess of Wales.

“I’m adopted and growing up I convinced myself that Princess Diana was my birth mother,” the Brooklyn resident says with a smile. “I didn’t tell anyone and then when she died I was like f–k. My mother!” 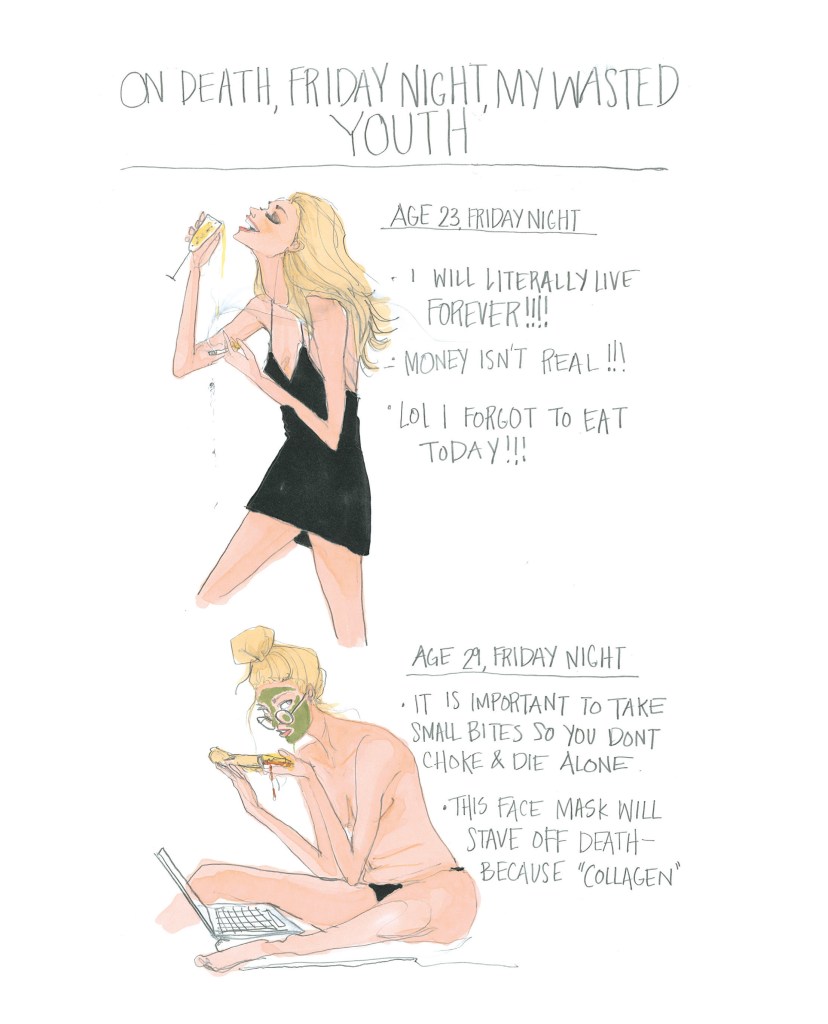 The tongue-in-cheek tome explores topics ranging from online dating to Kylie Jenner’s over-the-top public wardrobe — “her life is sort of a culmination of stepping out wearing things.” This allowed Houts to poke fun at an industry that raised her, but with this enhanced exposure has come a trickle of unexpected online criticism in recent months.

“I’m always shocked that people are offended because it’s so silly,” says Houts of her work. “I’ve certainly thought much harder about [drawings] before I put them up and I just want to make sure it’s something I would want to stand behind if I have to.”

Personification is a tool Houts utilizes with élan. A neglected fiddle leaf fig tree inside Céline’s Madison Avenue boutique expresses a dehydrated cry for help in a series of journal entries, ants observe the fragility of life while strawberries and blueberries serve as a metaphor for human amalgamation.

In the drawing, Houts depicts the two fruits speaking to each other about how vastly different they are. On the following page, the Parsons grad shows the berries smashed with each then observing how similar they really are when reduced to juice and pulp. “It’s usually how I understand things, especially with [President] Trump and everything,” she explains. “Sometimes I have to compare it to other things to realize the absurdity and what the core issue is.”

While much of her humor and art centers around her own life on the New York fashion scene, Houts is confident her witty observations will have mass appeal. “I think with the Internet and Instagram, people are participating in this [fashion] culture more than they used to because they just have access to it,” she adds. “’Lifestyle’ is such a big thing that everyone is thinking about. I feel the anxiety that comes with it and I think it’s something everyone can relate to.”

Inside ‘The Loyal’ in the West Village