A Fashionable Design Duo Gets Foody With Pisacco

Luxury architects Tiziano Vudafieri and Claudio Saverino have a hot spot on their hands. 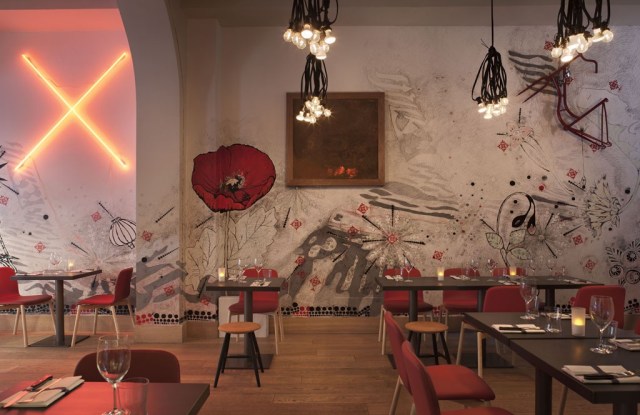 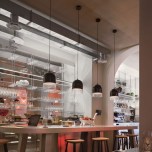 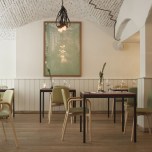 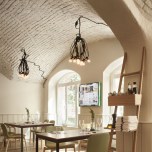 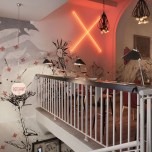 Architects Tiziano Vudafieri and Claudio Saverino are known in fashion circles for designing concept stores for brands including Tod’s, Roger Vivier, Moschino, Emilio Pucci and Jimmy Choo, but they are now leaving their mark in Milan with a new restaurant and bar called Pisacco. Positioned in the city’s arty district of Brera, on Via Solferino, the locale earns top marks on the design front, but also leverages the fame of Michelin-starred chef Andrea Berton, a partner in the venture, who previously headed the Trussardi restaurant in Milan.

There is nothing pretentious about the venue, with its easily accessible decor and linear, essential design. Since its opening this fall, Pisacco has already become a favorite of fashion and design types. The menu is streamlined, with a selection of traditional Italian dishes, from Milanese risotto and spaghetti with tomato and basil with buffalo milk mozzarella cream sauce, to the must-have tiramisu. The focus is on fresh and seasonal ingredients, with limited intervention. The added bonus is the value for price equation — a point Saverino is quick to point to.

“We are trying to reflect on the historical moment: what is in line with the times, what are people looking for during a crisis?” asks Saverino. “A nice place, good food, sophisticated but totally simple at the same time. Great quality at the right price. It’s a must now, just as so many other restaurants are closing.”

While the bar and café are at street level, where one of the main elements is a mural by artist Gabriella Ciancimino, the restaurant on the lower ground overlooks a small garden, lit by natural light that filters through large glass windows. The restoration respects the original structure but has a modern, almost Nordic vibe. Hence the vaulted ceilings and boiserie contrasting with contemporary artworks that belong to the owners; specially created tables in rough iron and cement, and handcrafted furniture from Discipline, a new design trademark established by Renato Preti, the former chief executive officer of private equity fund Opera, which Bulgari formerly controlled. Discipline made its debut at Milan’s furniture and design show Salone del Mobile in 2012. Light bulbs stem from “bouquets” of electrical wire from the Paris concept store Merci.

“We’ve made coasters with samples of materials,” said Vudafieri, pointing to his and his partners’ attention to sustainability and “natural, light and simple” guidelines. Every detail is carefully mapped out by the architects, from the cutlery to the napkins.

Pisacco, which seats 100 guests, is the first venture of food.different, a food and wine consultancy established by Vudafieri, Berton, hospitality manager Giovanni Fiorin and attorney and food expert Diego Rigatti. Vudafieri and Saverino are currently working on a new store concept for luxury goods firm Delvaux and planning the opening of a wine bar in Milan, in addition to similar projects in China.