The new Museum of Art & Photography in Bengaluru, India, is already breaking new ground, and it hasn't even opened its physical doors.

A work by Bhuri Bai, one of the Indian female artists whose work is featured on MAP's website.

LONDON — It’s hard to believe that India, with all of its aesthetic richness, architectural gems and embrace of color, could be wanting on the museum front.

There may be soaring landmarks, forts, palaces and historical museums, but there is little that highlights contemporary, pre-modern or folk art, photography, popular culture, or even textiles, crafts or design.

Abhishek Poddar, who hails from an art-loving family, has set out to alter India’s landscape with an unusual proposition in Bengaluru, or Bangalore, the country’s version of Silicon Valley.

He’s the founder of the Museum of Art & Photography, a five-story building that’s under construction and set to open at the end of this year, pending COVID-19-related restrictions. 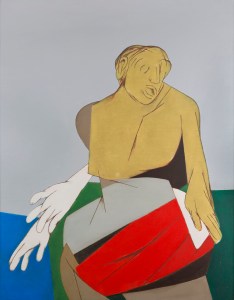 When it does open, MAP will be south India’s first major private art museum, a 42,000-square-foot space that wants to encourage people to experience contemporary art, and Indian heritage, in new ways.

Poddar, a prominent collector and cultural patron who’s amassed a significant collection of South Asian art, craft and antiquities, modern and contemporary art and photography, has — in the meantime — created a virtual museum. 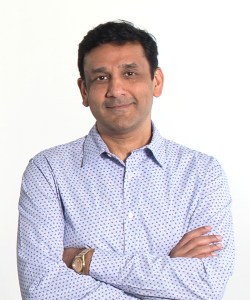 “India doesn’t have modern museums, or ones of international standing. The museums it has are dusty and left behind from the past and the days of the [British] Raj,” says Poddar in a video interview.

“It’s been painful to see, but MAP will hopefully be a catalyst for change, and will bring excitement back to art and culture,” adds Poddar who says he’s been interested in all types of art since he was a child.

Poddar, who helped to fund the museum and who’s donated a substantial portion of his family’s art collection to it, says he wants people young and old to develop a love for, and familiarity with, art and to get into the habit of visiting museums and engaging regularly with the works on display. 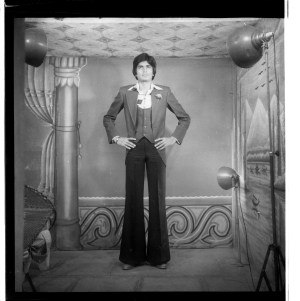 A photo by Suresh Punjabi.

“There’s certainly a lot more art available now than when I was a kid and I want to make it all exciting and engaging, with education and outreach at its heart,” he says.

When the physical museum opens it will include not only art galleries but also an auditorium, an art and research library, an education center, a specialized research and conservation facility, and a café on the terrace.

MAP is currently open to all online at map-india.org, offering “non-stop” digital art experiences, including exhibitions, children’s workshops, and rich content that can be absorbed online or streamed from MAP’s video library. Tens of thousands of people have visited since the museum opened at the end of last year, and paid-for memberships will begin on Monday.

The site is engaging, inviting viewers to “binge-watch” its “Art (Is) Life” series of museum tours, performances and presentations, including one by MAP and the Morgan Library and Museum about how “photographs from different post-colonial contexts explore self-identity.”

The myriad works of art on offer explore women’s issues, race, identity, cultural and religious themes, all of which are quickly and easily searchable thanks to filters that could rival the top online shopping sites. There is so much here that visitors could wander the museum virtually for days exploring the halls, exhibitions and permanent collections.

Among the current shows is “Zoya Siddiqui: A Distant Place,” where Siddiqui examines the social and physical distance between the insider and the outsider. Another is “Bhuri Bai: My Life as an Artist,” which looks at the work of the painter, muralist and illustrator.

Children, too, can download and access dedicated resources, learn about Indian portraiture, photographic studios or about female contemporary artists including Bai and Arpita Singh. 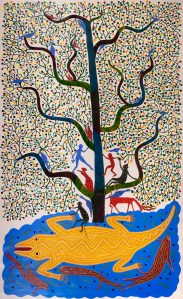 A work by Bhuri Bai on display online at MAP.

Poddar says he wants MAP to become the “obvious choice” for schools planning trips and for online learning. “I want it to be a fun and accessible resource for kids,” online and offline, he says.

MAP has also become part of the Museums Without Borders, a collaboration among 50 international institutions. The museums juxtapose objects from their collections to discover the differences and connections of the works.

Some of the institutions taking part in Museums Without Borders include the British Museum, the Museum of Fine Arts in Boston, The Morgan Library and Museum, Detroit Institute of Arts, Vitra Design Museum and the Rhode Island School of Design Museum.

In the next few days, MAP will reveal that it has received a grant totaling $500,000 over five years to support its participation in the Museums Without Borders program.