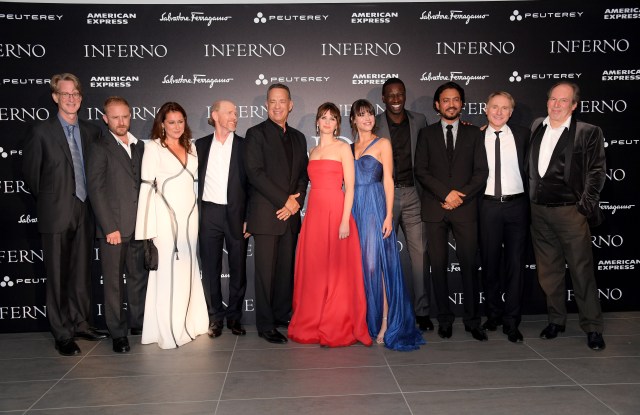 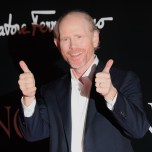 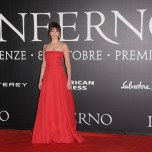 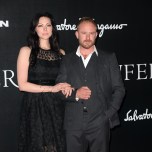 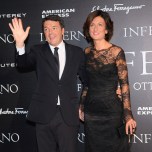 The red carpet for the screening of “Inferno” was worthy of a Hollywood premiere.

Tom Hanks, his wife Rita Wilson and his costar Felicity Jones were in Florence on Saturday evening to unveil Ron Howard’s latest film, “Inferno,” based on the Dan Brown novel of the same title. Security was tight at the high-wattage event, which drew Italy’s Prime Minister Matteo Renzi and the city’s mayor Dario Nardella.

Howard asked the Salvatore Ferragamo group, based in Florence, to design costumes for the main characters of the film — Hanks, once again playing Robert Langdon, the teacher of sacred iconology at Harvard University, and Jones, in the role of Sienna Brooks. The latter also wears a Peuterey jacket in the film.

“Inferno” is the latest chapter of Howard’s trilogy adapted from Brown’s best-selling books and follows “The Da Vinci Code” and “Angel and Demons,” also starring Hanks. Florence also serves as the background for most of the scenes in the movie, which was also filmed in Venice and Istanbul.

“Inferno” will be released worldwide on Oct. 13.