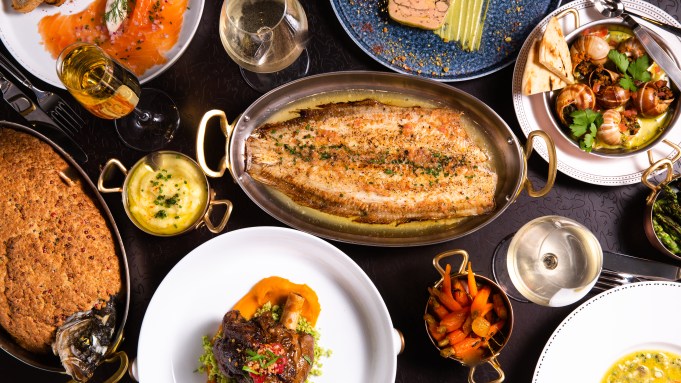 The Carlyle Hotel has unveiled Dowling’s at The Carlyle, the new iteration of the hotel’s restaurant. The Carlyle Restaurant, as it was formerly known, closed in March 2020. Now, leading the iconic Upper East Side hotel’s food program is executive chef Sylvain Delpique, formerly of 21 Club.

The menu at Dowling’s features classic American and European dishes, including oysters, steak tartare and escargot as starters, and entrées including whole branzino, chicken paillard and a burger served with fries. The restaurant, open for breakfast, lunch and dinner, will also launch its weekend brunch menu on Oct. 16.

Dowling’s is named for the hotel’s former owner Robert Whittle Dowling, who bought and elevated the hotel in the ‘40s. The 80-seat dining room, with dark wooden walls and leather banquettes, was designed by New York firm Tonychi Studio. The interior honors the hotel’s history, highlighting former decorator Dorothy Draper and illustrator Ludwig Bemelmans; the restaurant features newly acquired prints and paintings that pay homage to the “Madeline” author.

Here, a look inside the dining room and menu at Dowling’s at The Carlyle.