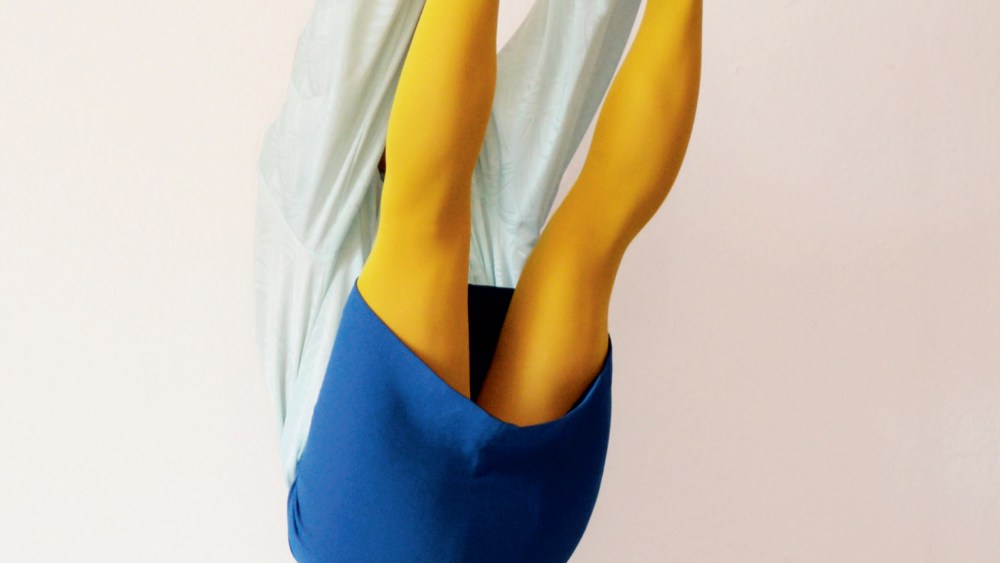 Charlotte Jansen believes in the power of the front-facing camera. “It really allows you to control the picture more if you’re dealing with the self or the body,” she says over the phone from London. The editor at large of contemporary art and culture publication Elephant Magazine has compiled a photo and essay book with the work of selected female photographers, titled “Girl on Girl: Art and Photography in the Age of the Female Gaze,” out now.

WWD spoke with Jansen about photography in the age of Trump politics and the pornographic roots of her book’s title.

WWD: Why make this book?

Charlotte Jansen: Well, I’m an art journalist, so I look at a lot of art and I am particularly interested in photography — and of course in women. Obviously there’s been a lot of attention in the last few years on this group of young photographers who have come up through the Internet.

In the book I’ve got some of those artists like Mayan Toledano and Petra Collins and Monika Mogi and Maya Fuhr, and I think I was interested in their practice, but also, like, the wider effect of that and also how we’re treating those kind of images. Often when we read about those artists I think it’s quite simplistic how it’s contextualized, so I wanted to get a bit deeper into the practices of those artists and also to explore how they compare with other photographers, and how they’re being influenced through the good and the bad in the media.

WWD: Is their popularity through the Internet sort of a theme for the book?

C.J.: No, not all — [but] that’s definitely represented in the book. There are a lot of artists who people will recognize from the Internet, because a lot of these images have really been prevalent. But I definitely wanted to look at artists that don’t even have an Instagram or social media. If you come across their work in a gallery, because we’re so used to seeing photographs on the Internet by certain female photographers, does that then affect how we interpret and understand work by other artists, for better or worse?

WWD: What was your criteria?

C.J.: My main criteria was that they would be working most prolifically in the last five years, and I kind of wanted to look at what correlates with the introduction of the front-facing camera onto iPhones, because that, for me, is quite an interesting moment in women’s photography and photographic practices that have evolved since then.

WWD: What is it about the development of the front-facing camera that interests you?

C.J.: Obviously, in tandem with that, you’ve got all of the platforms for sharing and publishing images which have also had a massive impact on the kinds of images that women are making, and the level of exposure they get. Until then, and still now, a lot of media and magazines are dominated by the male gaze. I’m not saying that it’s all men in charge necessarily, but that’s the kind of imagery that tends to be in the foreground. So now you’ve got publishing platforms that allow women to have just as wide exposure, but without having to wait to be published.

At the same time, we talk a lot about how the camera is democratic and accessible for everyone, and the technology is, like, cheaper and more available now. Specifically for women I think that the front-facing camera really enables them to kind of have more control over the image. I think a lot of the women, they’re not all using that technology, but I think they [are] turning the camera on your inner world, and like photographing your world at home, or the world that you want to see — creating it or constructing it or staging it, rather than going out into the world and photographing “reality,” in quotation marks. That’s definitely something that I think is very clear in the book, that is very strong now. There are a lot of women doing that.

WWD: What sort of conversation do you hope this book is going to start?

C.J.: I don’t think that many people feel very content with that situation. I think in a very small way this book is trying to survey artists at their best — they’re able to visualize a better world, or at least an alternative world, or to imagine something else, something different. And I think we’ve never really had that image come from women before because our whole history and the whole way the world is constructed has been done by men and for men. I mean, women have not even been considered in most social-political systems for a hundred years. So we’re still finding our place.

I think this [book], in a very small way, hopefully allows people to see beyond these labels of, like, “feminist art” and “femininity,” and just see the female gaze as something that’s not only for women or something that can only be understood by women. It’s just an alternative way of viewing, like an alternative way of seeing. And I personally think women are more able to imagine fluid and flexible social structures, and are able to connect more easily with other people and I think that comes through in a lot of their work.

WWD: With regards to the title, obviously there’s the very literal meaning, but it also has sort of a provocation — was that the intention?