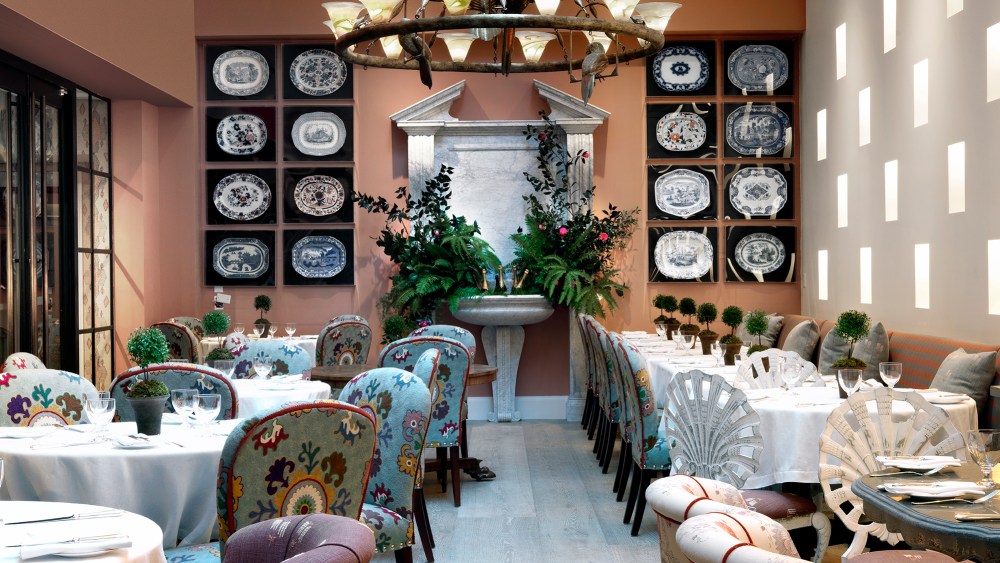 The fans of the SoHo hot spot the Crosby Street Hotel finally have a place to flock on uptown turf: The British design group Firmdale Hotels — which operates the Covent Garden Hotel, the Charlotte Street Hotel, the Ham Yard Hotel, the Haymarket Hotel, and the Soho Hotel in London — has expanded with their second New York location. Now open, the Whitby Hotel is the uptown alternative to the Crosby, on 56th between Fifth and Sixth Avenues (yes, on the other side of Fifth from Trump Tower).

Much like its downtown sister, the Whitby is equipped with a screening room that has already held its fair share of New York premieres, as well as a bar and restaurant.

“Whitby was a fishing town on the northeast coast of England,” says Kit Kemp who, with her husband Tim is the founder of Firmdale and the designer behind the Whitby. “Although not a whaling town, it was known to be the place where Bram Stoker thought up the idea for ‘Dracula’ and started writing in Whitby: a place to invoke the imagination.”

The English seaside was heavily influential in the design process. “We started collecting interesting artifacts when we decided on the name for The Whitby Hotel,” Kemp says. “The very first thing I bought was an antique rustic table that is reputed to have whalebone legs. The table is sitting taking pride of place in the Drawing Room.”

Kemp’s passion for art and artifact collecting permeates the building, from the lobby to the rooms, which are contains unique art pieces. Upon entry guests will see a loom-like piece of colorful yarn strung up above the reception desk, along with a “madly wonderful” grandfather clock, a find from Basel, Switzerland, where a screen shows a 3-D gentleman manually changing time every minute.

“I love the idea of collections — to look at many versions of the same object becomes fascinating to the eye and observer,” Kemp says. “Very soon after the start of the project we started collecting very large serving plates — the type that the father of the household used to carve joints on a Sunday lunch time. We collected about 80 and decided to mount them in identical Perspex boxes for effect,” in the style of the Picasso museum in the South of France.

The hotel has several private rooms and event spaces, including the Anrep room, which is decorated in honor of the artist Boris Anrep. “His work is in the National Gallery in London and we had to get special permission from them and the Anrep family to reproduce the mosaics for this room.”

The British influences are strong, but Kemp played around with the hotel’s home city when it came to the artwork, too. The Orangery room, for one, is decorated with porcelain pots etched with 47 landmark buildings and bridges of New York – “whoever can recognize them all gets a free night in the hotel.”