The famed hotel shutters its doors March 1 for a “complete renovation and restoration,” which will likely last several years. 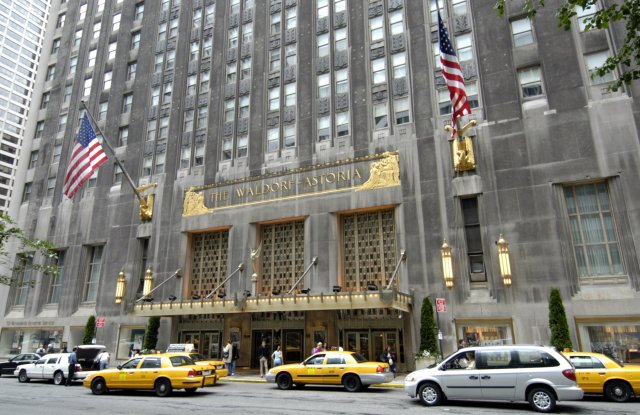 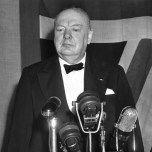 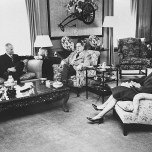 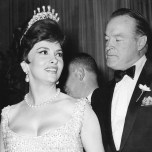 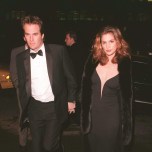 “It feels like we’re on the Titanic,” exclaimed an awestruck guest ascending the staircase of Waldorf-Astoria’s main entrance Tuesday. Cole Porter’s burled wood Steinway — on which he wrote songs like “I’ve Got You Under My Skin” — has been grandly repositioned from a corner of the Art Deco mezzanine to the center of the lobby’s elaborate mosaic floor. It’s early afternoon and a pianist wearing a golden cocktail dress tickles the ivories for a steady stream of tourists and regulars.

At noon on March 1, the Waldorf shutters its glittering doors for a “complete renovation and restoration,” which is expected to last several years and permanently displace much of the luxury hotel’s long-term staff. Many of the 1,400 guest rooms will reportedly be turned into apartments.

“The Waldorf has great energy that flows through,” explains Frank Nolan, a gregarious Irish-American barkeep who has been a familiar face to guests for over a decade. “I don’t think you can duplicate it anywhere else. The people who come here are almost like family.”

“I’ve been [staying] here since 1990 and I just can’t believe it’s ending — it doesn’t feel real,” says tearful patron Christina Smith, who flew in from Beverly Hills for the finale. The buoyant brunette noted how sticky-fingered souvenir hunters have plucked the property bare of its branded goods.

On Monday night, the hotel hosted the Roundabout Theatre Company’s Spring Gala, at which actor Bryan Cranston kidded, “Because they’re going to start renovations, we were instructed to just wreak havoc — I’m taking paintings, I’m ripping them off the wall. We’re going to go crazy and destroy the place.”

But an uncertain preservation of the 86-year-old icon, bought by China’s Anbang Insurance Group in 2014 for $1.95 billion, leaves its most loyal clientele unsettled.

“The space is so iconic and beautiful,” notes Smith of Peacock Alley, the lobby bar that derives its name from a gilded corridor where the crème da la crème of New York society once paraded. Bittersweet emotions flowed as freely as the Chardonnay on Tuesday afternoon as customers embraced staff members and shared memories of their beloved watering hole.

“About two years ago Stevie Wonder walked through this lobby, [went] over to the Cole Porter piano and asked the pianist if it would be OK for him to sit down and play,” recounts Nolan of an impromptu 30-minute set by the “Superstition” singer.

Nolan — who is equal parts bartender, entertainer and friend to the habitués of Peacock Alley — notes that it’s not a laundry list of visiting celebrities and heads of state that has given the grand dame of Park Avenue her inimitable heart and soul.

“I’m not a starstruck person, but some of just the regular people who come in. You get…,” the witty Irishman chokes on his words. “I’m not sure what’s next. I wish I knew. One door closes and another one opens.”

As the clock approaches midnight, a flippant disregard for order runs rampant. “What are they going to do at this point?” mumbles a middle-aged man stepping over the velvet rope cordoning off Porter’s famed piano. This sets off a steady stream of talented amateurs who step up to have their way with the ebony and ivory. A young couple glides across the gleaming tile work to “Tennessee Waltz,” as staffers turn a blind eye to these unauthorized performances.

Earlier in the evening, Stevie Wonder returned for a fully sanctioned sendoff at a charity event in the grand ballroom. “I’ll mostly miss seeing these amazing acts — like the time Lady Gaga played with Tony Bennett. That’s the real perk of this job,” remarks banquet waiter Noel McCarthy.

Downstairs in Peacock Alley, Bull & Bear, and Sir Harry’s the mood is reminiscent of the last day of school. Usually meticulously kept, each bar has become a frat house at the zenith of homecoming weekend. A haphazardly tossed pathway of white cocktail napkins leads to the frenzied bartenders providing laughter and libations. “Just take the whole bottle,” says one harried liquor slinger to a delighted guest who ordered only two glasses of Champagne.

As the hours wore on and the booze wore out, guards stand sentry at each entryway to thwart errant revelers hoping to make off with a framed painting or silver-plated serving tray. But in the wee hours of Wednesday the Waldorf’s final curtain looms heavy as the worse for wear wassailers slither past a janitor vacuuming a patch of soon-to-be discarded carpeting.

For some, the show must go on.