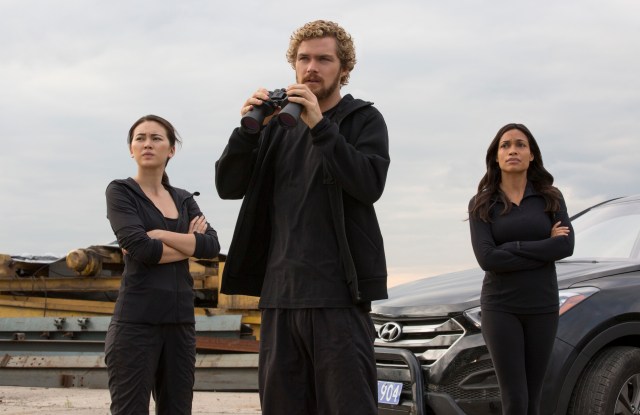 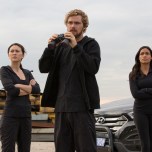 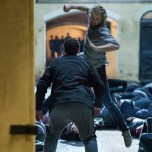 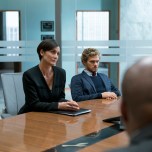 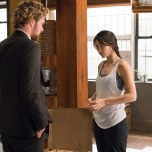 Danny Rand is a born-and-bred billionaire, but it’s difficult to believe from his first scene. Rand, played by Finn Jones in the new Netflix/Marvel series, “Iron Fist,” out March 17, makes his initial appearance on the show in what costume designer Stephanie Maslansky calls “the John Doe look.”

“He does look homeless. He’s shoeless and in all beat-up clothing, and looks like he’s been on the street for a while,” Maslansky says. “He’s been traveling, and he’s finally made it back to New York, where he had grown up prior to the advent of a terrible tragedy in which his parents died.” Rand hadn’t been back to the city since the death of his parents in a plane crash that only he survived; it was after the crash that he learned martial arts in the mystic city of K’un-Lun, which is where “Iron Fist” was born.

Maslansky was perfect for the job, having worked on the first seasons of the four other Netflix and Marvel collaborations. This time, it was Maslansky’s job to reflect Rand’s life transition through his wardrobe. “This is a guy who’s been wearing loose clothing, monk’s robes, [is] barefoot and dirty — no dry cleaners where he comes from or where he grew up,” she says. “And he has to find a style.” When it came to creating this new look, she started with Uniqlo and the Gap, simply for convenience and speed, and later John Varvatos suits, Prada ties and Burberry sneakers — a look Maslansky affectionately describes as “urban Cali.”

“You get the feeling that he’s never worn anything really tight around his neck, so he prefers to wear his shirts unbuttoned,” the costumer designer says. A loose fit was also key for the action-based nature of the character — tight clothes don’t work too well with stunts. “We have to make sure that no matter what we get, we have to be able to get multiples for it, because there are so many stunts,” she says. “We put spandex in the crotch and the armpits of a lot of his suits. You have to add it, otherwise you’re gonna end up with a pile of shreds,” she adds.