Is Paris Ready for Barry’s Bootcamp?

The 1998-founded gym celebrated the opening of its first space in the French capital with a capsule collection designed by Balmain’s Olivier Rousteing.

GET YOUR SWEAT ON: Barry’s Bootcamp is taking over Paris.

The 1998-founded gym opened its first location in the French capital on Saturday evening, a 5,800-square-foot space on the Rue Réaumur in the 2nd arrondissement.

“Paris is definitely ready for Barry’s,” said chief executive officer Joey Gonzalez, speaking at the bootcamp’s opening cocktail on Saturday evening. “I wouldn’t have said that maybe five years ago, but judging by the amount of Instagram direct messages I’ve been getting asking me when we’re coming to France, I know French people are aware of the brand and fully ready for us.”

One of those French people is Balmain designer Olivier Rousteing, who met Gonzalez via Balmain ceo Massimo Piombini and became a regular at international Barry’s locations.

To celebrate the long-awaited Paris opening, the designer has teamed with Barry’s to create a capsule collection of three looks, produced in limited edition and put up for auction on the Barry’s web site, with all proceeds going to French charity Le Refuge. 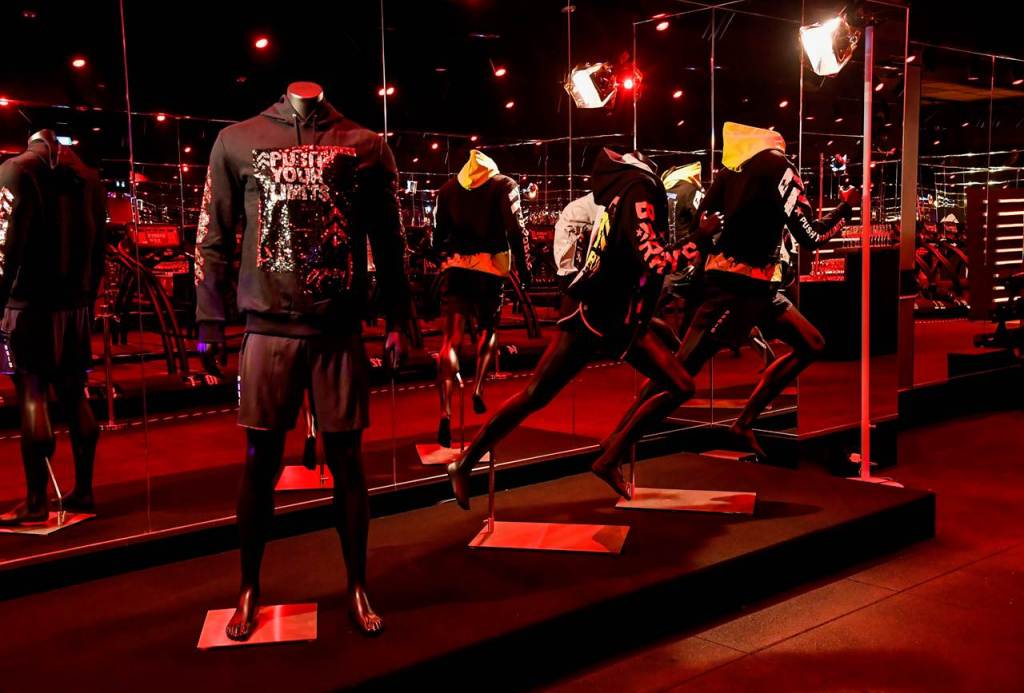 “All proceeds go to benefit kids who have been victims of homophobia or transphobia,” said Gonzalez, gesturing to a crystal-studded “Cross Your Limits” hoodie. “That aspect was important to us: Barry’s is a space where everybody can feel safe to be who they are. I’m a gay dad, so it’s important that we get to help families like my own.”

Barry’s Paris comes with its famous “Red Room” with a capacity of 40 people, a Fuel bar serving energy snacks and smoothies, as well as a lifestyle clothing boutique.

Created in 1998, the gym became famous for its high-energy cardio and strength training interval workout, utilizing a combination of High Intensity Interval Training by incorporating 25 to 30 minutes of interval-based cardiovascular routines on treadmills with 25 to 30 minutes of strength training using free weights and resistance bands – with immediate results, apparently. 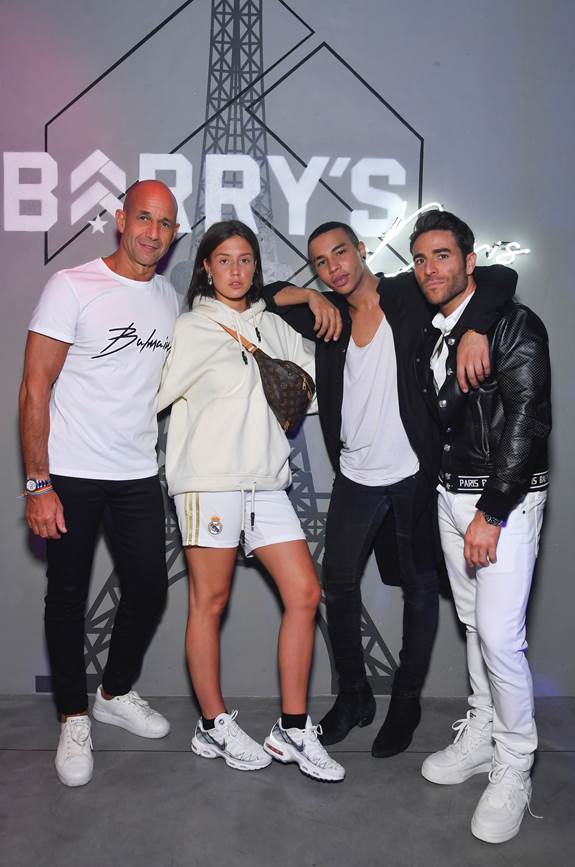 “If what you’re looking for is a program that can essentially change your body and your mind in a very short amount of time, this is it,” said Gonzalez, who taught the first Barry’s Paris class on Sunday, kicking off the gym’s schedule.

“But it’s also about the community: It’s the kind of place where anybody can come,” he continued. “You don’t have to be a hero. You can run at your own pace, lift at your own weight, you make all the decisions yourself. Barry’s is where you go to get your sweat on and you know you’re going to be surrounded by like-minded people. You’re embraced in this system of support and camaraderie. It has kind of become the new social club.”