In keeping with the theme of twoness, the restaurant has both a taverna and a dining room. 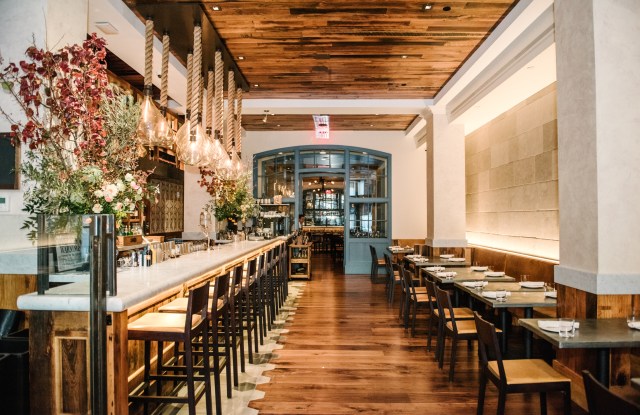 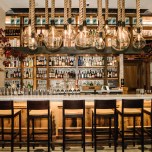 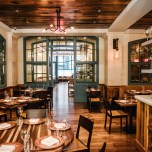 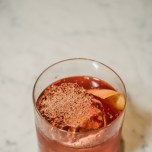 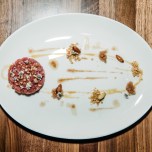 “When you’re in Provence, you’ll see the Italian restaurants say ‘cuisine Italienne,’” said James King, general manager and co-owner of Italienne, the latest addition to Manhattan’s Flatiron District. “Jared [Sippel] came up with the name while he was working [in France] for one year, just from seeing all those cuisine Italienne restaurants. It kind of fit exactly with the idea behind the restaurant — melding French and Italian.”

Sippel is co-owner and head chef of Italienne. Born in Iowa, he left for Boulder, Colo., where he attended culinary school and began work at Frasca. He then spent a year at culinary school in France and later moved there for “just under a year” before coming back to work at Frasca. There, Sippel met Michael Tusk, who recruited him to help open Quince’s San Francisco location. Sippel spent 15 months at Quince’s old location before helping to open its new one, and eventually went back to Frasca for a third time.

“This last time, I thought I was gonna stay,” he said. “Before coming to New York, I thought I was gonna move to Denver and open up my own spot. I was just about at the end of my time at Frasca and then I got headhunted for the Brooklyn Fare job. I didn’t really have any interest in coming to New York, but came out here to cook for them just because I needed to know. I didn’t want to be saying, ‘What if?’ the rest of my life.”

Sippel and King met while working together at Frasca. The two teamed up for the Manhattan opening of Brooklyn Fare. “We worked at Brooklyn Fare for the 10 or 11 months that I was there, and then I started looking for spaces,” Sippel said. And then the two got to work on Italienne.

As its name suggests, Italienne blends influences from both French and Italian cuisines. The restaurant is divided into two parts: the taverna in the front and the dining room in the back. “It’s essentially the bistro to the restaurant,” Sippel said of the setup. “A lot of times in Europe when you have fine dining restaurants, they have a little trattoria or bistro next door to help with sustainability, to help with costs and also just to offer a different style of dining.” He described the taverna’s à la carte menu as more “casual,” adding that it will change fairly often. The dining room’s prix-fixe menu, on the other hand, will remain the same, with one or two changes seasonally.

Though there are two separate menus, Sippel makes it clear that the products are still “high-end artisan products” — and many of them are on display in the front of the restaurant. “That’s what I wanted the front to be about — a more rustic approach,” he said. “But you’re not getting any lesser products, just because the menu’s cheaper. It’s just different from the back.”

In keeping with Italienne’s theme, the cocktail menu, curated by bar manager Travis Oler, includes fresh takes on French and Italian staples, with a little bit of American influence, too. “A lot of cocktails came from New York in the early 1900s and 1800s, so it’s a play between all of that,” Oler said. “And then a couple of solid originals, but most of them are plays on classics and then we tie it in to the restaurant somehow with either the name or the ingredients that we’re using.” The beer menu, on the other hand, veers slightly off course, including two Belgian offerings.

“Jared and I both agree that Belgian beer’s typically the best,” Oler said.