The iconic 18-karat gold timepiece carries a personal inscription and is expected to fetch up to $120,000 next month. 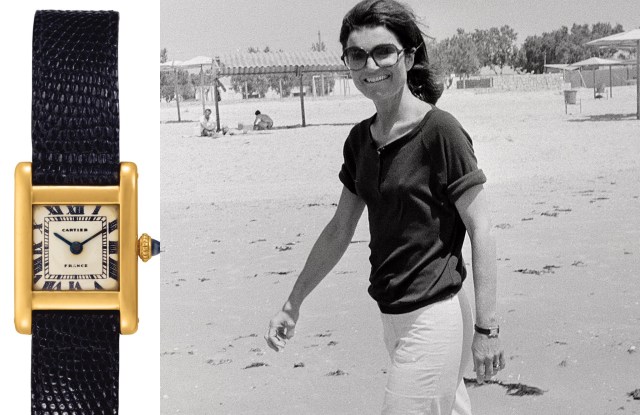 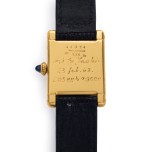 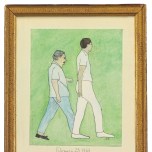 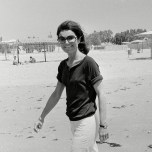 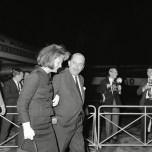 Jacqueline Kennedy Onassis’ allure has proven to be timeless. In the decades since the bulk of the former first lady’s estate was auctioned in 1996 following her death two years prior, personal effects from Onassis’ glamorous life have become increasingly rare to the market.

Next month, a 1962 Cartier wristwatch — dubbed “The Jacqueline Kennedy Onassis Cartier Tank” — will be the highlight of Christie’s Rare Watches and American Icons New York sale on June 21. The timepiece — a design that was first created 100 years ago by Louis Cartier — was a gift to the then Mrs. Kennedy in 1963 by her brother-in-law Prince Stanislaw “Stas” Radziwill.

Crafted from 18-karat gold, the square-shaped time-keeper features a sapphire-set cabochon crown and carries a historically significant engraving, which reads “Stas to Jackie 23 Feb. 63 2:05 am to 9:35 pm.”

The noted times refer to the beginning and end of a 50-mile hike in the Palm Beach, Fla., area, which reflected a short-lived fad of the Kennedy era. President John F. Kennedy, noticing many Americans at the time were leaving physical fitness by the wayside, encouraged citizens to embrace a healthier lifestyle and challenged his White House staff to lead by example. Setting out in the middle of the night, many — including Attorney General Robert Kennedy and Radziwill — spent 17 hours walking stretches of Florida roadways to promote an active lifestyle.

Despite having not participated in the hike herself, Onassis wore the inscribed watch for many years and returned the generosity to Radziwill by creating an original painting that will be offered as part of the lot. The watercolor — painted by the then 33-year-old first lady — depicts Lee Radziwill’s late husband on the trek alongside Kennedy adviser Chuck Spalding with a personal dedication: “February 23, 1963 2:05 am to 9:35 pm/Jackie to Stas with love and admiration.”

“These two objects capture the spirit of another era, a time where friendship and the ‘can-do’ optimism of the generation seemed to make anything possible,” explained international head of Christie’s watches John Reardon. “In this spirit, the consignor has offered to donate a portion of the proceeds to the National Endowment for the Arts.”

The consignor, who wishes to remain anonymous, can expect this rare timepiece and one-of-a-kind artwork to fetch an estimated $60,000 to $120,000 when it hits the auction block next month.