During a bustling midmorning breakfast service at Jack’s Wife Freda in the West Village on a recent Tuesday, coowner Maya Jankelowitz had a birthday dessert sent over to a table of regulars. As the young man blew out his candle, the entire restaurant burst into a rendition of “Happy Birthday” as a server rang one of the bells mounted by the bar. It’s a level of hospitality and community that Jankelowitz has been cultivating with her husband, Dean, leading to the success of their two Jack’s Wife Freda restaurant locations in downtown Manhattan. “I think there’s this really beautiful six degrees of separation. You always know someone, or know someone who knows someone that’s always in the room,” explains Jankelowitz.

Soon, the pair will have another cause to celebrate: the release of their first cookbook, “Jack’s Wife Freda: Cooking From New York’s West Village,” with recipes by chef Julia Jaksic. “It’s kind of like when you’re pregnant, but you have no idea what it’s going to be like when you have a kid,” Jankelowitz explains of the book’s genesis. “And then it came, and it was this beautiful new baby.” Or more specifically in this case, a colorful 256-page volume of sweet and savory recipes reflecting Israeli and South African cuisines of their family heritage.

Like the restaurant, they consider the cookbook a familial labor of love. “That’s always kind of been the foundation of how we opened the place, so it’s always felt that way in the background, and the book’s the same thing applied,” she explains. “The girl who makes our menus is a cousin of my best friend, and my husband’s best friend is one of our investors; he’s a photographer. Everyone’s somehow related, somebody’s friend,” she continues. “So it was like a group of friends doing a little project together, and something beautiful.”

The husband-and-wife team was approached by Blue Rider, an imprint of Penguin Random House, about putting together a cookbook — the publishing house’s offices are located around the corner from the restaurant, and editors became fans of the trendy West Village eatery. The book is aimed toward the restaurant’s roster of regulars as well as distant admirers, and despite the photogenic quality of the dishes, Jankelowitz stresses that the recipes are approachable (read: can be made by amateur chefs). In addition to recipes and photos, the book features personal stories from Maya and Dean, as well as Jack’s Wife Freda friends and staff.

Maya, born in upstate New York, moved to Israel when she was 8 years old and returned to New York as a young adult; Dean grew up in South Africa. The restaurants are named for Dean’s grandparents, Jack and Freda. “Each food has a bit of a backstory, and where it came from, that tells a little bit of our story,” Maya says. “Some of it is stuff we had on our honeymoon, or when I was young or when he was young, from our parents, our grandparents, so everything has more of a spiritual meaning. But everything is also a memory of what we love, and it’s yummy.”

Jankelowitz highlighted the shakshuka recipe with particular fondness. “I moved to Israel when I was young, and I didn’t speak the language. I thought that shakshuka was the word for scrambled eggs, so I went home from school and asked my mom to make shakshuka,” she explains. “It’s one of the dishes every mom makes for her kids — it’s just tomato, sauce and eggs, really traditional Middle Eastern. But, I never asked for it! So she was making shakshuka when I really just wanted scrambled eggs, and I never really loved it, but it grew on me.”

And as for the bells mounted in their restaurants? “A Jack’s Wife Freda birthday wouldn’t be a birthday without a bell ring,” writes Oliver Klein, a server at their West Village location, in an essay for the book. It’s a reminder that the food is only one part of the Jack’s Wife Freda experience — and even the most lively cookbook can’t fill the gap.

See a Recipe From the Cookbook: Rose Waffles 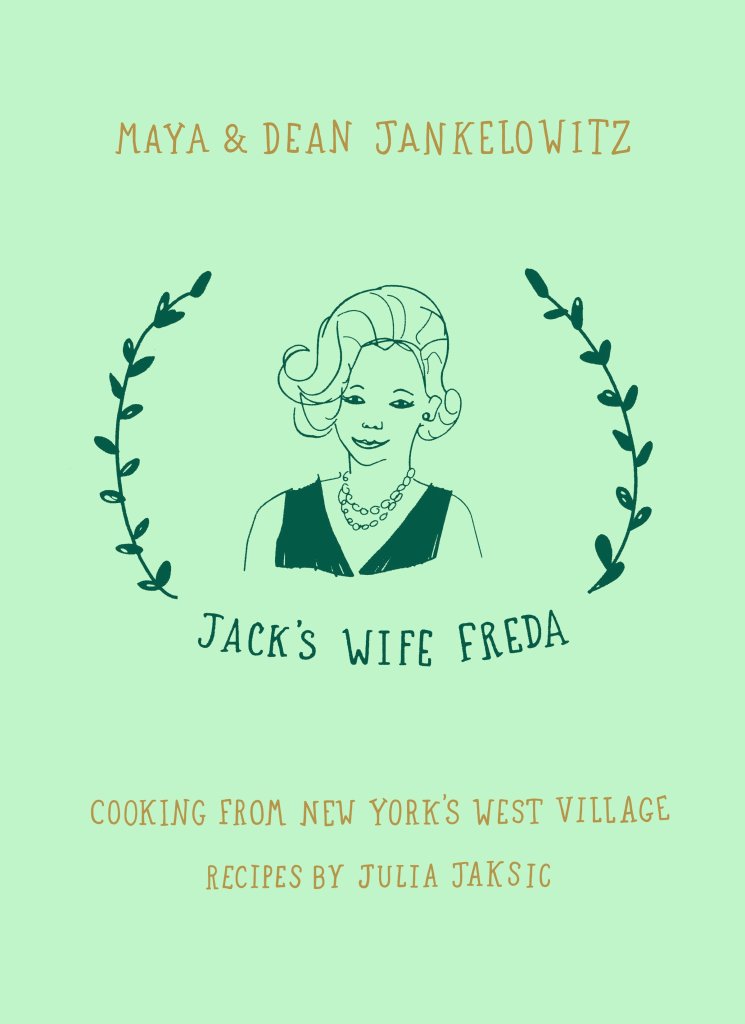