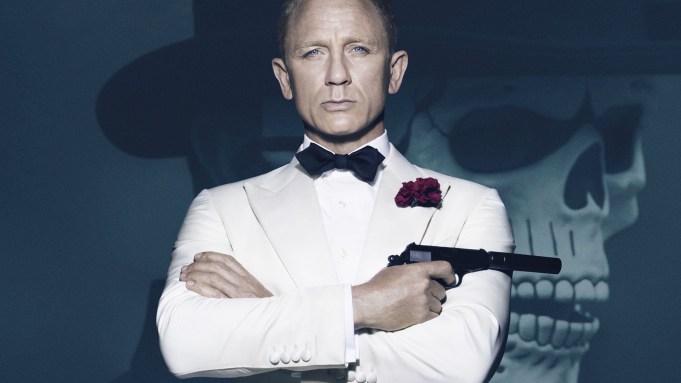 Bond will be back.

The suave spy will be returning to theaters in November 2019 with the 25th installment of the action series, according to a statement issued by Eon Productions and Metro-Goldwyn-Mayer.

Actor Daniel Craig, who has played the titular character since “Casino Royale” in 2006, is reportedly returning to the role despite being vehemently against reprising the role as of last year. “I’d rather break this glass and slash my wrists,” the actor told a British magazine in October.

Craig’s enthusiasm — or lack thereof — notwithstanding, “Bond 25” will undoubtedly showcase an array of finely tailored wardrobe pieces, for which the debonair protagonist has become known. An official announcement has yet to be made regarding this latest film’s wardrobe, but Tom Ford and costume designer Jany Temime have outfitted the character for the past three installments of the franchise.

“James Bond epitomizes the Tom Ford man in his elegance, style and love of luxury,” explained the designer in 2015.

From Sean Connery and Roger Moore to Pierce Brosnan and Craig, the James Bond look has always evoked a timeless sophistication whether suited up in a tuxedo or swim trunks. Here, WWD revisits some of 007’s most memorable sartorial moments.

James Bond Through the Years