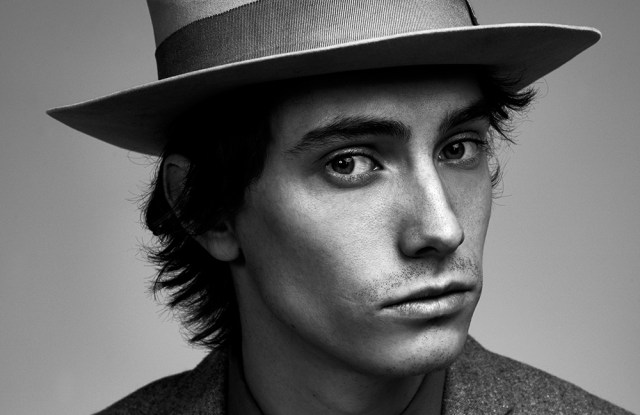 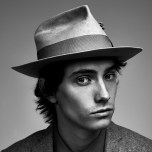 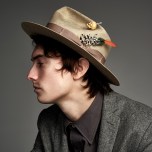 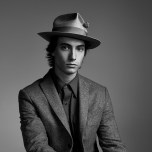 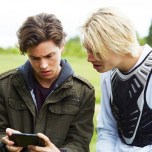 “I’m stoked,” began actor James Paxton. The second episode of “Eyewitness,” the new USA Network crime thriller in which he stars, had just premiered its second episode of 10 the night before, and he was still feeling the adrenaline. The former child actor (and son of actor Bill Paxton) has been making his return to the industry after stepping away for a few years. While on leave from college, where he was studying journalism, Paxton moved to L.A. to work with an acting coach; his “Eyewitness” audition came while he was in the thick of reviewing scripts.

“I don’t always read everything in-depth — sometimes I have to skim through, there’s so much — but that one, I just honestly read it from cover to cover,” Paxton explained in a light SoCal drawl, a few days before catching a flight for a promotional tour in Spain. “It’s sort of as if I had all of these tests, and you know you wanted to do really well on one test so you sacrificed the other ones. That’s what I did with ‘Eyewitness,'” he said. “It sets itself apart as a crime thriller because it’s really character-driven.”

The series explores a murder from the point of view of two teenage boys, Lukas and Philip, who witness a crime while partaking in a secret romantic rendezvous in a cabin in the woods. Paxton plays the role of Lukas, a closeted teen motocross star. The show is an American remake of the Norwegian crime series “Øyevitne.”

“I didn’t want to watch the first original show before I started filming. I shot the first two episodes, and then went back and watched it,” Paxton noted. “It’s definitely the chief inspiration for this, but I didn’t want to play an exact copy of what they did.” In preparation for the role, Paxton learned how to ride a dirt bike during an intensive three-week period of working with a trainer, got his motorcycle license and also discussed the script with a friend who, similar to the boys in the show, was involved in a secret gay relationship during high school.

“There was so much at play, because I had the physicality of the motocross world to contend with, as well as the juxtaposition with all of that emotional complexity and insecurity inside Lukas kind of bubbling to the surface,” Paxton remarked of his character.  “There was so much subtext in every scene,” he continued. “My goal is that [Lukas’] story might be able to affect other people’s stories out there.”

Paxton worked closely with his costar Tyler Young, whom he now considers one of his best friends, and director Catherine Hardwicke to prepare for their more intimate onscreen moments. “Catherine would do private rehearsals with just us and her, getting us all comfortable,” he said. “The first time we kiss is not on-screen in the first episode — we kissed many times well before that scene happened. We were very much prepared and felt comfortable to be that vulnerable, and go to that emotional, daring place with each other.”

Hardwicke’s attachment to “Eyewitness” led Paxton to take a closer look at the script before his audition. “I’ll say hands down Catherine’s one of the best directors working right now,” he said, adding that he’s seen all of her films — from “Thirteen” to box office success “Twilight” and “Lords of Dogtown,” which came out during Paxton’s skateboarding days. “I literally saw that three times in the theater,” he remarked. “Twice with two different groups of friends, and once with my dad.”

Paxton has a few indie films in the works, and has his eyes on a feature film project. For now, promotion of “Eyewitness” and the outpouring of support from fans is keeping him busy.

“It’s absolutely blowing Tyler’s and my mind,” Paxton enthused. “There’s been fan art already. It’s blowing up more than we even realized it would, and it’s taking on a life of its own. Everybody’s got theories about all of the characters, and they try to tweet at us and message us asking questions. We’re trying to answer as much as possible,” he continued. “It’s really humbling and exciting, and quite intense.”