Paris is undergoing its biggest jazz revival since Louis Armstrong started blowing his trumpet in the Roaring Twenties. 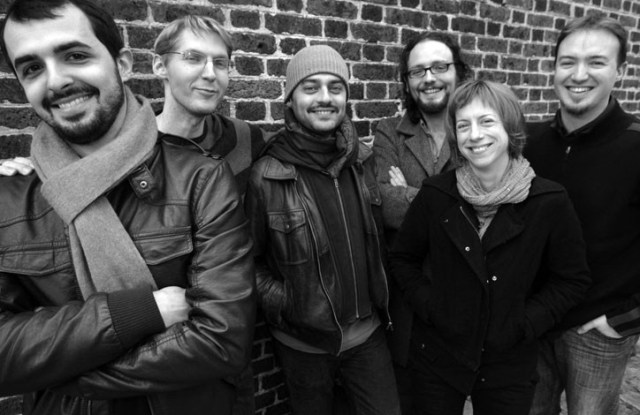 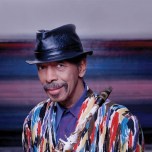 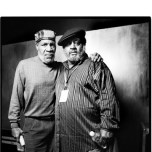 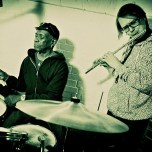 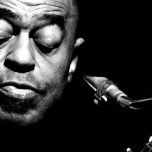 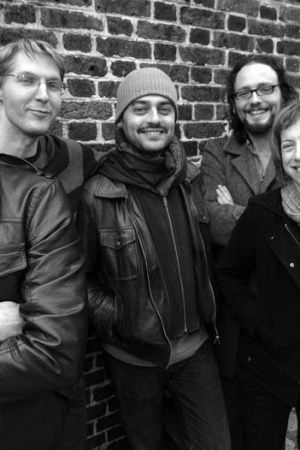 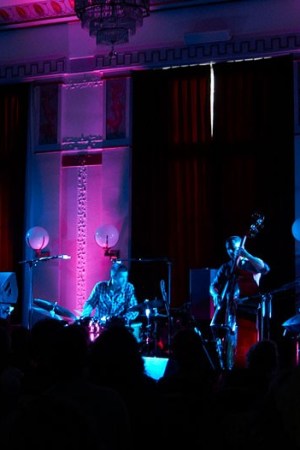 Portico quartet in concert at the Hotel Lutetia in Paris 2010.

PARIS — The City of Light is undergoing its biggest jazz revival since Louis Armstrong started blowing his trumpet in the Roaring Twenties.

With the summer festival season about to hit full swing, Paris has started off with its annual jazz festival in Saint-Germain, a 15-day extravaganza of jazz with musicians from traditional to more contemporary backgrounds who play in and around Paris’ 6th arrondissement.

“We started the festival 10 years ago,” says Frédéric Charbaut, one of its founders. “France has always had close ties with jazz. Dizzy Gillespie, Art Blakey and Miles Davis would come here and play in the Sixties.”

The jazz festival in Saint-Germain, which was started in 2001 and spread over four days, has grown to offer more than 50 acts and concerts.

Historically, artists, poets and musicians flocked to this trendy neighborhood, where Davis, Boris Vian and Jean-Paul Sartre frequented the bars and cafes, such as the Café de Flore and Les Deux Magots.

Many black musicians with origins in New Orleans were welcome and their music was taken seriously. In the Fifties, American musicians could get work permits easily in France and were encouraged to play with French musicians. Perhaps the most famous was Sidney Bechet, who settled permanently in Paris. The jazz scene extends to other areas in Paris.

In the Latin Quarter, there is the Caveau de la Huchette, the oldest jazz venue in Paris celebrating its 60th year. Other venues include New Morning in the 10th arrondissement, and on Paris’ Right Bank, Le Duc des Lombards and the Sunside Sunset.

Playing at Sunside Sunset is the recently formed group Paris Jazz Underground, made up of six jazz musicians of various nationalities who are now all based in Paris promoting instrumental jazz.

“Our collective is quite cosmopolitan, but it needs that as jazz thrives on that sort of dynamic,” says guitarist Sandro Zerafa. “As a collective, we identify with a younger generation of musicians more New York and we have that flavor. Jazz has become very fresh and very eclectic. Individually, we all have our own projects, and the collective we have formed is also a label so we can support each other and produce each other. We have a common aesthetic and a collective is an effective means to promote music.”

“New York is the hub for jazz, but Paris has such a big tradition for jazz,” says Zerafa, who has taken over as artistic director for the Jazz Festival in his native Malta. The festival, which is in its 20th year, is held in July in the capital of Valletta.

“Every year we invite an emerging band,” says Charbaut and notes the discovery of Norah Jones in 2001. “We were the first festival she played at in Paris.”

Mixing electro, pop and jazz, Portico Quartet, made up of Duncan Bellamy, Milo Fitzpatrick, Nick Mulvey and Jack Wyllie, are signed to Peter Gabriel’s Real World label. The band has just recorded its debut album, “Isla,” at the Abbey Road studios made famous by the Beatles.

“We have been getting a bit more exposure this time around,” says Wyllie. “We moved from a smaller British jazz label and that helps a bit.”

The quartet has a hectic schedule this season, playing at many summer festivals, including Glastonbury and the San Sebastián Jazz Festival in Spain. Then the group returns to France for a stint on the stage at the International Jazz Festival at La Villette in Paris. “We have quite an eclectic sound, we are not jazz purists,” says Wyllie, noting that influences include Radiohead, John Coltrane, Steve Reich and Philip Glass. “We improvise quite a bit and then go back and focus on a part and it just evolves.”

Rounding off the season is one of the biggest jazz festivals in Europe, the festival at La Villette, which welcomes more than 25,000 visitors. Previous artists who have played in the Grand Hall of the Cité de la Musique include Ornette Coleman and Hank Jones. Closing the festival this year will be hip-hop, soul and jazz group The Roots.

“Jazz has opened up with the likes of Brad Mehldau or The Bad Plus,” Zerafa says. “These groups emerged in the Nineties and early 2000s, creating a new aesthetic integrating pop and electro. It’s created a sort of postmodern style preserving acoustic jazz and opening up doors to different influences.”

The jazziest addresses in town: