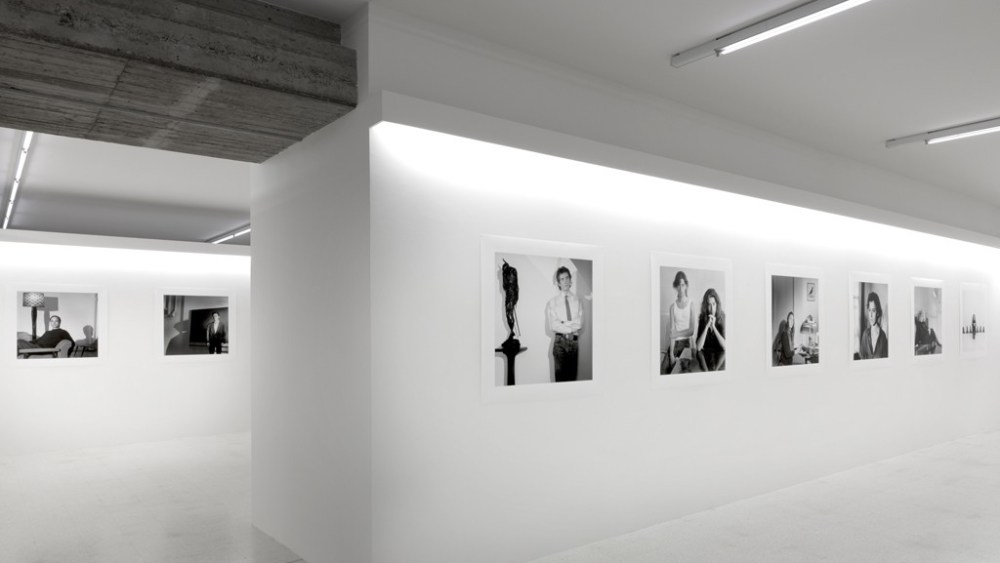 As an insider to New York’s art scene in the Eighties, Jeannette Montgomery Barron did more than observe — she took photographs.

Portraits of Robert Mapplethorpe, Jean-Michel Basquiat, Keith Haring, Bianca Jagger and other influencers from those Reagan-era days are now on view at the Collezione Maramotti, in Reggio Emilia, Italy. “What was it like? I was in it and I was just trying to get these pictures. It was kind of like a game to me. Can I get in that studio? Are they going to let me photograph them or not?” she said during a recent interview. “Then the next thing I knew, it’s 10 years later and I had gotten married and had a child. And that was in the end of the Eighties.”

Visitors to “Scene: Photographs of the 1980s New York Art Scene” will stand face-to-face with life-size images of such iconic artists as Mapplethorpe, Andy Warhol, Francesco Clemente, Barbara Kruger and the Starn Twins, among others. “Something was happening and everybody knew it. I can tell you one thing. It was fun,” said Barron, who now divides her time between Rome and Connecticut.

In the hard-partying Eighties, the East Village and SoHo were havens for artists and still void of the chain stores that have since invaded those neighborhoods. Days were spent working in barren studios — “It was not as though I was hanging out in their studios socializing, I was really there to get the picture. And that’s the way I wanted it,” she said. “I think I could have been a psychiatrist. People talk to me and tell me things that I can’t believe they tell me — very personal. I think that’s just the way that people respond to me.”

In fact, many literally responded to her with handwritten notes, thank you letters and party invitations — some of which have been incorporated in a diarylike catalogue. Along with those mementos and scads of others stowed away in boxes, the soft-spoken Atlanta native even saved some of the more memorable messages left on her answering machine in the Eighties. “I have some from Bianca Jagger, my mother, Julian Schnabel — to think people had to catch you at home at 6 or 7 at night. You didn’t have a cell phone.”

Over lunch with Barron and her art dealer husband James, Collezione Maramotti’s Marina Dacci saw Barron’s journals and “phone drawings” — sketches she enjoys doing while on the telephone. That prompted Dacci to suggest the Scene show, which runs through the end of July.

The magnetic portraiture that is evident in her work did not happen by chance. “I always liked to photograph the subject where they worked or where they lived because the minute you walk in, you understand something about them. If it’s a book on the table, some type of ceramic they’re collecting or [the fact] they’re a mess or whatever — you get it. Now you can learn about people just by Googling them. It’s a very different process. I used to go to the library to get books on artists to try to find out things about them,” she said. “Whenever it was a magazine assignment, they would send over a stack of things to read. But a lot of the times I just walked in and that was that. You just had to go with it and get that picture. Get something out of them.”

Shooting Mapplethorpe turned out to be not that daunting, she said. “I was really worried because photographing another photographer, especially one that you admired, is really scary. I was thinking, ‘What’s he going to think? He’s probably going to think I am a hack.’’ she recalled. “He was just very sweet and curious about my work. He just said, ‘Where do you want me?’”

In the pre-paparazzi-crazy Eighties, Barron would not take photos at institutions like Area, the Mudd Club and Odeon. For the first time, young artists were becoming real stars, and Barron captured many of them before they took flight. “Everybody was betting on Basquiat to make it big, but he kind of lost favor,” she said. “When he died, he was reevaluated, which happens a lot,” Barron said.

While Haring was just “a really nice guy,” Schnabel was “larger than life,” and the photographer said she “had no idea” that Cindy Sherman was going to become such a big deal. Had she known just how high Basquiat and Haring would ascend, Barron said she would have bought one of their paintings or traded for one. “It would have cost nothing back then. Oh well — I wasn’t really thinking about that,” Barron said. “I was thinking about taking pictures — silly me.”

Barron is still very much anchored in the work, though she has become more prolific in Rome. “I need that remove. I felt a lot of pressure in New York because there’s a lot of competition. That adrenaline you feel is a positive, sometimes it takes it out of you. There’s no other place like it. That’s for sure. This is what we loved about New York, all these crazy creative people who didn’t fit in anywhere came to New York to become anonymous and to become something new. A lot of those people I guess will find a way, but it’s becoming harder and harder,” she said

And that is something that concerns her. She continued, “There’s no room for artists anymore in Manhattan. Maybe I’m romanticizing, but it’s just all about money now, isn’t it? It’s really about who’s got the bigger apartment, and maybe it was always that way. But it seems really, really clear to me now that it’s a town for people who really want to make a lot of money. And that’s the primary goal. It’s very hard to exist there because it’s blaringly obvious every day that there’s this other thing going on. And that’s very distracting. Minimalls everywhere. It’s lost its character, and now it’s going to happen to Brooklyn, too.”