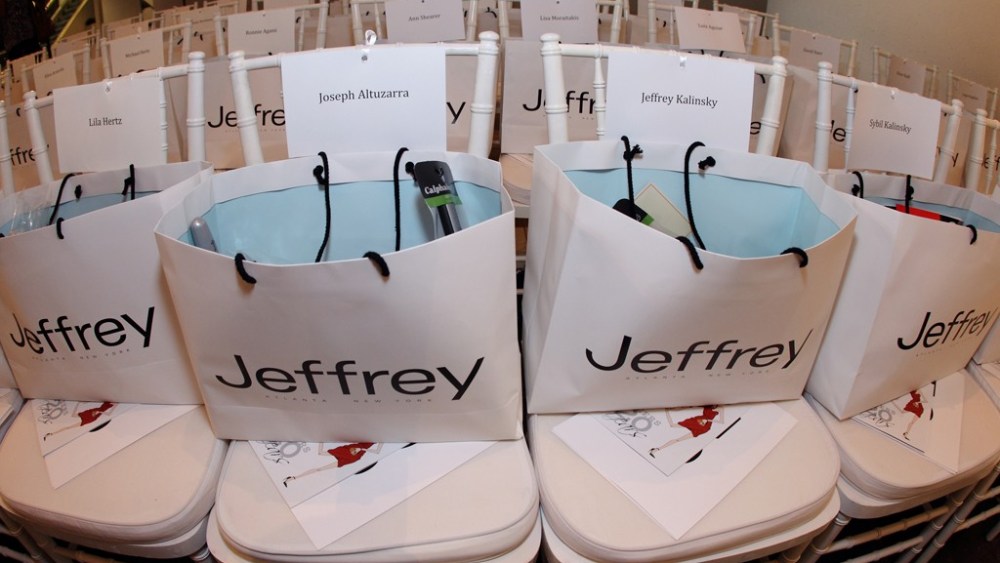 ATLANTA — At the first Jeffrey Fashion Cares fashion show in 1992, Jeffrey Kalinsky carried his infant niece, Molly, out onto the stage with him. Now she’s 20, and she was in the audience again on Monday night, said a proud Kalinsky, whose annual benefit for AIDS and breast cancer charities has raised approximately $10 million over the last 19 years.

The amount raised Monday night for the Atlanta AIDS Fund and the Susan B. Komen for the Cure Greater Atlanta Affiliate was probably a little over $600,000, Kalinsky said. Top sponsors included Nordstrom, which contributed $35,000.

This year, Jeffrey Fashion Cares was held at the American Cancer Society Center, a John Portman-designed building with high ceilings and marble floors in downtown Atlanta. Guests crowded the large lobby for the evening, which began with a cocktail party, followed by the fashion show of designer looks carried by Jeffrey stores. Then partygoers moved on to Opera, one of Atlanta’s hottest nightclubs.

Kalinsky said he wanted to do something special to celebrate 20 years, but wasn’t sure what that would be. Toward the end of the cocktail party, a large group of about 100 assembled and started dancing in unison. Yes — a flash mob.

“I love flash mobs,” said Kalinsky. “They make me happy.” What made it even more special is that several members of his retail team were in it.

When he got onstage, Kalinsky thanked the people who “brought us to this moment,” including Lila Hertz, a breast cancer survivor celebrating her 10th anniversary as cochair of Jeffrey Fashion Cares.

Kalinsky, dressed in jeans, a bespoke jacket made by Antonio Azzuolo and colorful customized NikeiD sneakers, introduced this year’s guest designer, the young and talented Altuzarra. “This is not where he needs to be right now,” Kalinsky said. “He needs to be cutting and sewing and getting ready for his show in New York [for fashion week].”

Indeed, Altuzarra, wearing a white polo shirt and Save Khaki slacks, planned to head back first thing Tuesday morning. His show will be at Industria Studio in the West Village, he said.

Altuzarra launched his first Altuzarra Collection about four years ago, and Kalinsky introduced it into his stores about a year and a half ago.

“Jeffrey was one of the first people I met, and he really helped grow the collection and mentored me,” Altuzarra said. “He’s very supportive and encouraging.” Altuzarra’s designs were the first eight to come out onto the fashion stage on Monday evening.

His business is expanding, including his retail base, but Altuzarra said: “Nothing drastic is going on. We’ve always done things organically.”

This was his first trip to Atlanta. “I’ve heard great things about Atlanta, and I want to come back. I hear it’s a foodie town,” he said.