Are J.Lo and A-Rod a Style Match Made in Heaven?

By Leigh Nordstrom and Kristen Tauer and Alex Badia on March 15, 2017
View Slideshow 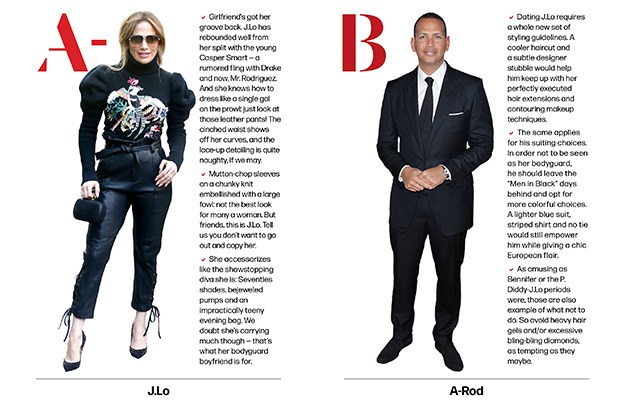 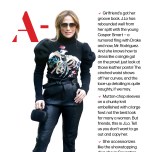 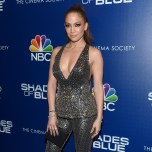 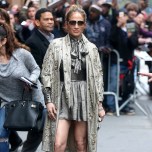 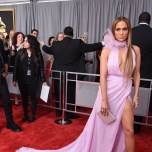 When the news of Jennifer Lopez and Alex Rodriguez’s — J-Rod or A-Lo, take your pick — budding romance began to circulate, the Internet raised a collective eyebrow. At first glance, it makes sense — both are parents to two young children, and both recently broke off other high-profile relationships. J.Lo was rumored to be dating Drake at the end of 2016 and into early 2017, while A-Rod recently ended things with Silicon Valley executive Anne Wojcicki, who was formerly the wife of Google cofounder Sergey Brin.

But on to more important matters — by which we obviously mean their style compatibility. Let’s take a closer look at the style tendencies of each for clues to their long-term compatibility.

J.Lo clearly outshines her new arm candy, but maybe the sporty Casanova is just what she needs to stay grounded. The real test will be when the new couple step out on the red carpet together for the first time. Will A-Rod be able to upgrade his “Men in Black” suiting tendencies to match his showstopping diva girlfriend, who’s been hot on the press trail for her NBC show “Shade of Blue”? Only time — and paparazzi pics — will tell.

At least Rodriguez lacks Drake’s affectation for turtleneck sweaters which, let’s be honest, was what most likely unraveled that romance.