After the quick closure of his restaurant Teo, former Momofuku chef Joaquin Baca has joined GM Chris Johnson on an izakaya-style spot.

Five months ago, chef Joaquin Baca was in the Hamptons, as he puts it, “licking my wounds.”

The Momofuku and Brooklyn Star alum had closed the doors to his Bushwick restaurant Teo in May, less than five months after it opened, after issues with his investors. It was the business equivalent of a stake through the heart — the place was named after his son, and it all felt so personal.

So when a friend who works as a private chef asked him to help out East, he took the opportunity, and spent the summer on the beach, just cooking.

“It was a place to go and collect my thoughts,” he says on a recent afternoon in the West Village. “Teo was short-lived. It never got to stretch itself out too much, and that’s sad for me.”

But the soft-spoken chef has experienced a turnaround since the summer. While he was working in the Hamptons, the general manager of the sushi restaurant Neta, Chris Johnson, called Baca and asked him if he’d be interested in helping change Neta in its entirety — rebranding and transforming the model, the menu, the interior.

Today, Baca is seated at a wooden bar stool in the new restaurant, Bumu, now open. 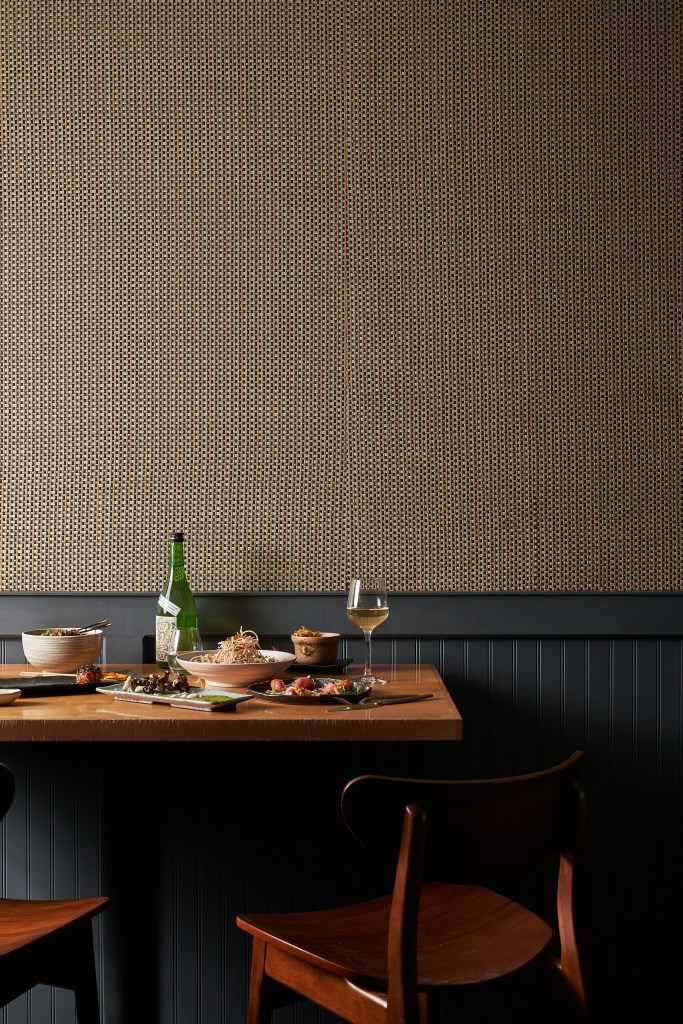 Inside Bumu.  Courtesy of Andrew Bui

After Baca agreed to come on board, they had five weeks to overhaul Neta, a destination sushi eatery, and make it into something more accessible — a regular hangout spot for neighborhood folk. They installed a new copper bar, demolished the walls and built them anew. While Johnson oversaw the everyday logistics, Baca got to work on the new concept.

What he came up with was an izakaya-style restaurant with a seafood-focused menu. Small and medium-size plates are tinged by Southern American flourishes: scallop sashimi with bacon jam; a delicate take on wings can be found in softly fried chicken skins with dashes of hot sauce and rich buttermilk ranch. What would a Momofuku vet’s menu be without noodles? There are three choices of ramen, including a tsukemen that’s served with skirt steak — a nod to Baca’s home state of Texas. 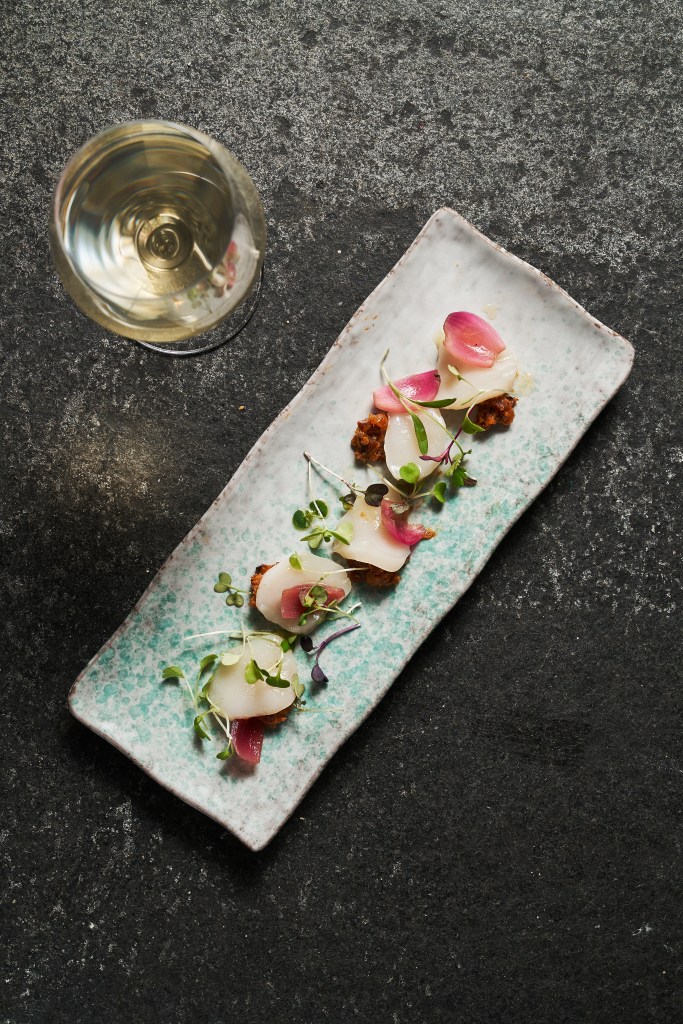 The scallops with bacon jam and pickled onions at Bumu.  Courtesy of Andrew Bui

The izakaya, a Japanese type of informal pub, has become a popular format in New York City over the past few years, with upscale takes opening all over Manhattan, Brooklyn and Queens. According to Baca, Bumu is a little different in its approach.

“The izakaya format in general is, as far as Japanese cuisine goes, a little less foreign to a Western diet or palate,” he says. “We’re clearly not an authentic izakaya restaurant; it is our interpretation. We are using a lot of those techniques and that same kind of pace, but it’s supposed to be convivial and social — less hushed, and less of a temple. More of a party.” 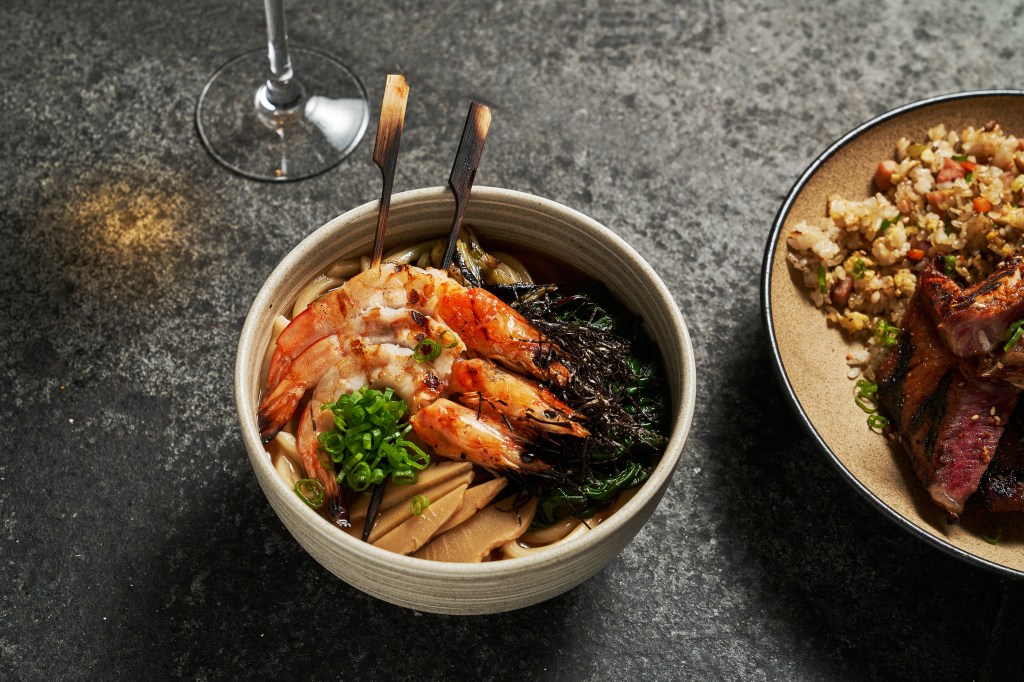 One of Bumu’s signature ramen dishes.  Courtesy of Andrew Bui

He walked the St. Marks strip in the East Village where NYU students rage at izakaya pubs, and thought about how he wanted the new restaurant to look and feel. He knew one thing from his days at Teo — he couldn’t assume the roles of chef and general manager on his own. At the previous place, he dealt with administrative and managerial tasks that took his focus away from his forte: the food.

“A spreadsheet that takes a different-minded person two hours — that’s, like, a six-hour thing for me,” he says. “What I learned quickly was there are some things I should not try to take on — being a chef and a GM at the same time. It was ambitious to think I could do it without a partner. I’m happy to be able to focus on the stuff I’m good at and not try to clumsily work my way through service.” 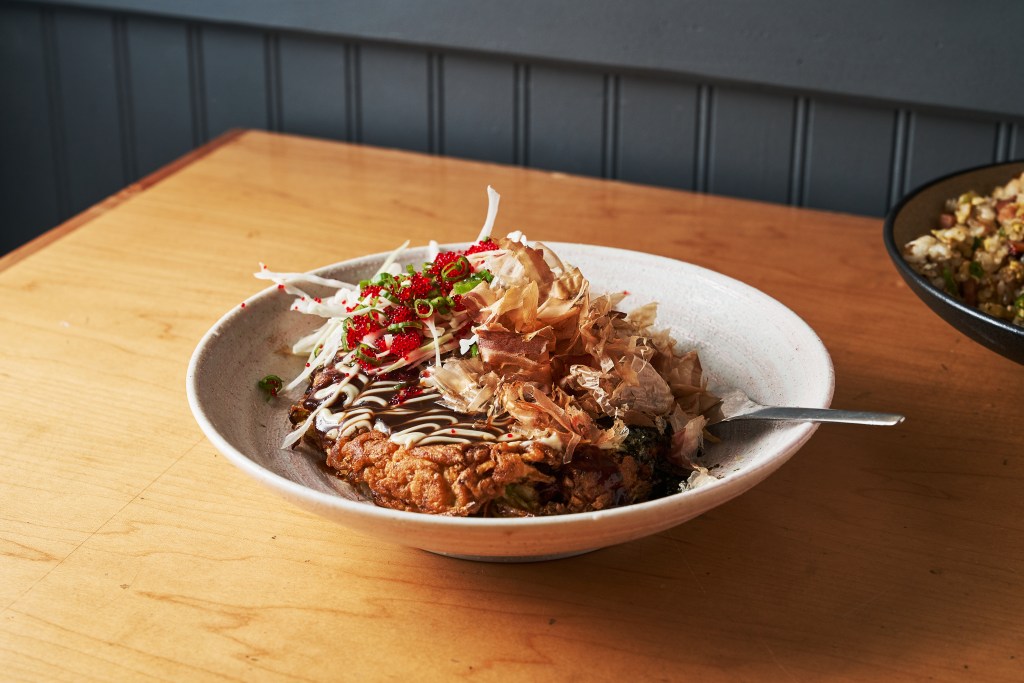 Bumu’s cooks, sommeliers, management and front of house each come from different backgrounds. It makes for a creative atmosphere, one that isn’t too far off from the early days of the Momofuku empire, when Baca joined as one of the first chefs at Noodle Bar.

“We all taught each other so much in the early stages. It was such a loose hierarchy that everybody just brought whatever they had to the table and it was, as far as cooking, systems, styles — cooperative,” he says. “That kind of freedom tests people and gives them a chance to develop themselves, and have pride in the work because everybody’s input was so valuable.” 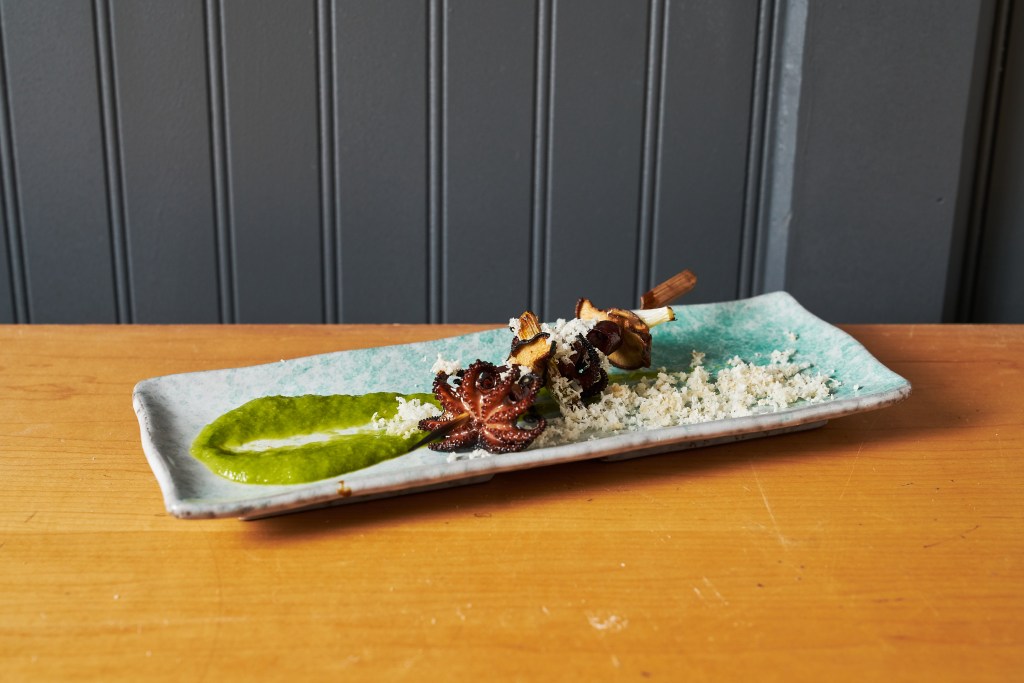 One of a range of skewers — squid pictured here — at Bumu.  Courtesy of Andrew Bui

One person whose opinion held weight at the end of May this year was David Chang’s. He had a phone call with the Momofuku founder once Teo closed that helped him gain some perspective, before he retreated to the Hamptons to work, before the concept for Bumu was born.

“We’ve both been through our share of ups and downs in the industry, and it’s a fickle, tough beast,” Baca says. “People forget how personal these things are, how much labor, time and thought you put into it.”

Fifty Years Ago, Agnes Denes Predicted What Climate Change Could Do