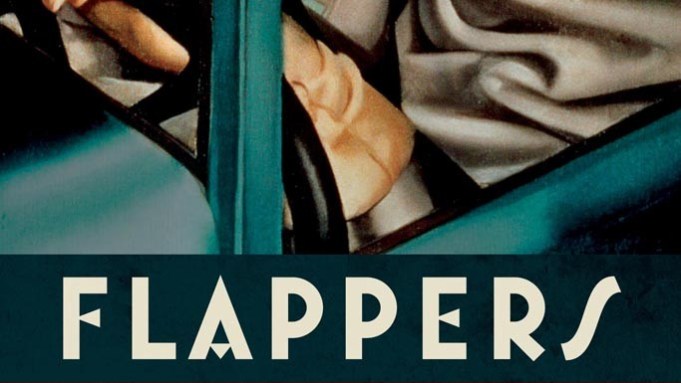 What qualities do Josephine Baker, Zelda Fitzgerald, Tallulah Bankhead, Lady Diana Cooper, Nancy Cunard and Tamara de Lempicka all share? They were all prominent in the Twenties and are the subjects of an intriguing new group biography, “Flappers: Six Women of a Dangerous Generation” (Sarah Crichton Books/Farrar, Straus and Giroux) by Judith Mackrell, who is the dance critic of The Guardian. Mackrell’s previous book, her first, was 2008’s “Bloomsbury Ballerina,” the story of Lydia Lopokova, the former Ballets Russes dancer who married the celebrated economist John Maynard Keynes.

When asked about the theme of the book and how she chose the women she elected to profile, Mackrell says, “It’s not just the stories of an individual life, but things that a generation of women would have in common. People have desires, conflicts and troubles — sometimes it’s something created by the times they live in. The Twenties seemed such an amazing decade for women generally. They were just given the vote. There was a whole new breath of freedom in the air after the upheaval of the First World War. It was a dynamic generation to explore. The women I was interested in looking at were generally in the arts area, because that’s what I know most about. This group has covered a really broad spectrum — the visual arts, theater, cinema, fashion. They were all traveling such extraordinary journeys, where they were geographically very much on the move.

Mackrell says she found Cunard — a shipping heiress whose reed-thin body and piles of ivory bracelets made her a style icon, and who is best known for launching The Hours Press in 1928 and putting together the groundbreaking 1934 “Negro: An Anthology” — “perhaps the easiest to write about because there was so much written about her. She left a diary I could quote from extensively. She mixed with a lot of writers who have written very eloquently about her life, which had the most dramatic series of events.” Among the writers she inspired were Aldous Huxley and Michael Arlen, a writer who is little-known today, but who had an immense success with his racy books in the Twenties, particularly the 1924 “The Green Hat.”

The most difficult of her subjects, Mackrell continues, were painter Tamara de Lempicka and dancer/singer Josephine Baker, “who told so many stories you couldn’t keep them straight.” One hazard of writing about them, she notes, was constantly having to come up with new terms to describe the act of lying.

The six women had many things in common, Mackrell observes, whether it was a question of being innovative artists or the practice of presiding over cocktail parties from the bathtub. A surprising number of them suffered from botched abortions. Cunard and Fitzgerald both had serious bouts of mental illness. Nancy Milford’s fascinating biography of Zelda, published in 1970, was the first to examine her life, but seemed to suggest that Zelda was a great artist — as a dancer or a writer — who was prevented from fulfilling her true potential by her husband, writer F. Scott Fitzgerald. On this subject, Mackrell says, “I think it’s really important not to hijack these women for your own agenda. What, in another lifetime, might she have achieved? It’s such a big question. She might have just stayed a dull matron in Montgomery, or she might have met a Leonard Woolf, who devoted himself to making sure that Virginia’s talents were realized. There are too many what-ifs, I think.”

Mackrell observes of de Lempicka, whose 1925 “Autoportrait (Tamara in the Green Bugatti)” is on the cover of the book, that she “found her interesting; she was wonderful, with extraordinary willpower that she exerted in just making that decision [to be a successful artist], but she was a hard woman to like. I think she was a humorless woman. I was trying to tell her story in as sympathetic a way as possible.” As the mother of two children, Mackrell found it particularly difficult to write about the artist — an exiled Russian who began painting in Paris — because she neglected her daughter. “Some of her political views were quite sort of ugly,” she adds. “She didn’t like Jews, and she was very against anything that smacked of socialism. She was a conservative aristocrat to her core and had absolutely no sympathy with any kind of cause that wasn’t her own or that of her class. She was selfish to a kind of very steely degree.…There was nothing sisterly about her.”

Mackrell says that, unlike many stars of earlier eras, Baker’s performances, which can be viewed today on YouTube, “show her clearly as a performer of immense charisma.”

The writer adds, “She just pops off the screen; the natural style of her dancing makes me think that all those contemporary accounts of her extraordinarily sexy, vivid presence on stage are true. There was a real confluence of jazz, African art and Art Deco, all in that one amazing, bouncy, vivid body…I think the world was ready for her.”

When writing about Bankhead, Mackrell says that, as an actress, she didn’t register well on film. “She was mannered and somehow inert, so I was delighted by the fact that there was this whole period that she read incredibly vividly and excitingly on the stage and attracted such a dedicated following,” Mackrell says. “That young Tallulah, I felt quite maternal toward.” As a young performer, in fact, Tallulah spent eight years in London, where she had a large, vociferous claque of young working girls who were rabid fans. When she bobbed her hair, her fans bobbed theirs, too, even going so far as to throw their own shorn tresses onto the stage when she was performing.

Mackrell thought that, when the book came out in Britain, which it did last spring, readers would find Lady Diana Cooper the least sympathetic of her subjects, but many young women seem to have identified with the fact that Cooper went on stage on both sides of the Atlantic for long periods of time, playing in the highly stylized play “The Miracle,” in order to fund the political career of her husband, Duff Cooper. She saved money partly by living remarkably frugally for extended periods. “I don’t know what it is about the English character,” says Mackrell. “It’s that kind of peculiar belief in reticence, not showing off, lack of vulgar display. At the same time, it’s kind of locked into a class system. There’s a peculiar balance, and it still runs through so much of the English character today. The English have very self-deprecating ways even while promoting themselves. Someone said that it’s a very marked feature of our native character, the aristocratic idea that lack of ostentation is to do with some kind of moral fiber.”