The restaurant is following its clientele out East this summer. 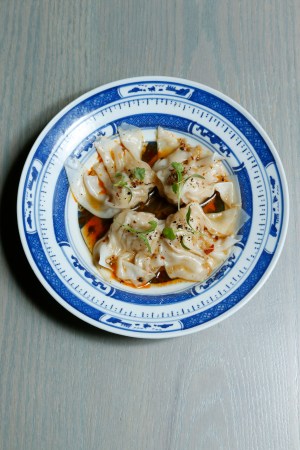 Jue Lan Club is following its clientele out East this summer. The modern Chinese culinary concept, which opened last year in the former Limelight space in Manhattan, is putting down new stakes and expanding in Southampton.

It’s an area that owner Stratis Morfogen knows well — he’s lived in Southampton for 11 years. “There’s really a big need for Chinese food,” he remarked a few weeks before opening. “I knew the other guys who had their other Chinese restaurants weren’t opening,” — Philippe in East Hampton, for one — “and I knew that we’d be the only game in town when it came to Chinese.” There’s also a void in the Hamptons night scene this summer, after issues with neighbors contributed to pushing out clubs such as 1 Oak and Boutique. Jue Lan Club is hoping to avoid a similar situation by landing in a more commercial location six blocks from Main Street.

The Long Island location, which opens Memorial Day weekend, will include a restaurant, nightclub and art gallery. Morfogen described the design as “country chic,” but urban elements of the Manhattan spot have carried over. “We’ve incorporated Limelight the best we can, going from a gothic church of the 1940s to a country setting,” Morfogen explained. “We did it a lot with photographs, artwork and music.” The menu’s mainstays have also carried over — braised oxtail bao buns, shrimp crystal dumplings, chicken satay — with local-targeted specials, such as a lobster night, in the works. And while most restaurants in the area close down at 1 a.m. on the weekend, the kitchen at Jue Lan Club Southampton will stay open until 4 a.m. on Friday and Saturday to cater to the club crowd.

Elm & Main, the space’s nightclub, is targeting the 30-and-older set with an open music format — expect to hear everything from the Bee Gees to Bob Marley to Guns N’ Roses. “I think there’s a huge void for ‘vibe dining,’ where the music is a major part of the dining experience,” Morfogen explained. “This is going to be a lifestyle experience — not just coming in sitting down and then having a drink.” Nearby, The Barn space will feature an art show curated by Emerald and Adrian Gruin. “We’re doing a lot of graffiti and street art, and showing off their work out here, which I’ve never seen done before,” Morfogen commented of the opening exhibit. “Everybody likes to feature the chi-chi artists that everybody is used to.”

If all goes well, the space won’t be closing up shop come Labor Day. “I’m really optimistic that we’re going to be here all the way until probably Thanksgiving,” he mused.