Each season, WWD photographers snap thousands of images. Here, each picks a favorite from fall. 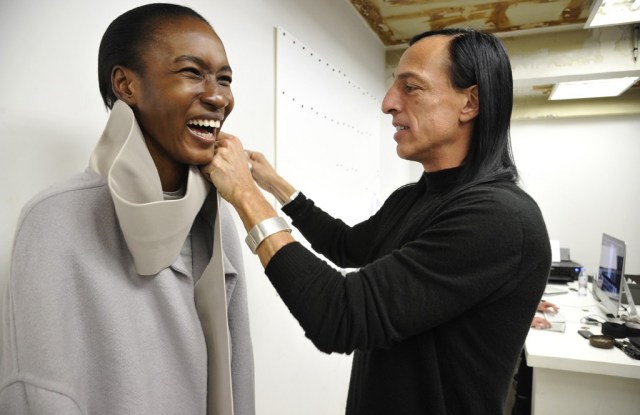 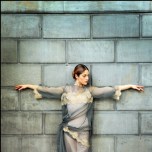 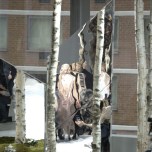 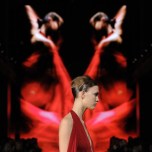 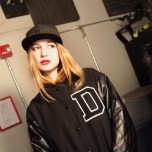 Each season, WWD photographers snap thousands of images. Here, each picks a favorite from fall.

ROBERT MITRA
“Prabal Gurung showed a lot of versatility in his collection. His high-necked, long-sleeved gown with clever cutout detailing demonstrated how beautifully the clothes move.”

ANDREA DELBÒ
“I was at the Erika Cavallini presentation.… Being free to shoot the model, who was a professional dancer, where I wanted, I tried to create a contrast between the softness of the layers of the dress and the stiffness of the wall in the background.”

MILES LADIN
“At Nicole Miller, Dina Lohan seemed to be dancing an Irish jig. Her exuberance was probably due to her cameo role on her daughter’s new reality show, Lindsay. The real reality, though, is that her daughter’s downward spiral is no dancing matter.”

STEVE EICHNER
“I was looking for an interesting and different angle at the Narciso Rodriguez show. I like the exaggerated shapes in this shot.”

DOMINIQUE MAÎTRE
“A lesson on how to tie a bow with Rick Owens. The result will certainly be something that’s pure and elegant. Both model and master seem to enjoy this moment, just a couple of days before the show.”

THOMAS IANNACCONE
“I took this while having fun backstage at Sophie Theallet.”

KUBA DABROWSKI
“A bar in Paris. A model. Drinking coffee and smoking a cigarette. Even her name—Manon Leloup—perfectly fits the situation. Sounds like a beginning of a paperback novel, but who cares? It was real. She was having that coffee, we didn’t set that up.”

STÉPHANE FEUGÈRE
“Who else but Karl Lagerfeld could have imagined to do a show in a supermarket?! All in a historic place like the Grand Palais.…Make billboards marked with ‘50 percent more expensive today’—just amazing! But what made me laugh the most was after the show, to see all the buyers fill their trolleys with fake Chanel products and try to leave—and see the security guys ask them to leave the products. One old client of Chanel told me with a big smile, ‘This is the first time I’ve wanted to steal in a supermarket!’”

GIOVANNI GIANNONI
“At Donna Karan, I chose to shoot from a very low position—I was 16 inches from the ground—to catch the play of colors projected on the backdrop.”

JENNA GREENE
“How better to sum up New York Fashion Week than with a shot from the zoo backstage at DKNY, with a Yankees hat to top it off.”

RODIN BANICA
“A blur of beauty at Anna Sui.”