Karim Sadli on Family, Vanessa Paradis and Shooting for Chanel

The 39-year-old photographer was chosen by Virginie Viard to shoot the Chanel resort 2020 campaign, the first since Karl Lagerfeld’s passing.

PARIS — Karim Sadli is reaping the benefits of his busy spring season. This fall will see the release of the photographer’s fashion editorials in Vogue Paris, Vogue Homme and The Gentlewoman, the cover of L’Uomo Vogue and his first Chanel fashion campaign.

Yet his parents still ask him the same question as when he first started out 10 years ago: “Did you get paid?”

“My family took a while to understand how fashion photographers work,” said Sadli, lounging at a café terrace in the Marais on a slow August afternoon. “They couldn’t get their head around the fact that you have to pay editorial expenses upfront, and you are actually paid once the magazine is released. They struggled with the idea that I had to spend money to work.”

“I don’t come from a fashion background: Both my parents were factory workers,” said the 39-year-old photographer, who was born and raised in the Parisian suburb of Argenteuil. “So the only fashion designers we were aware of growing up were those who were in mainstream media. Basically, Jean Paul Gaultier, Yves Saint Laurent and Karl.”

After collaborating with the fashion house for two look books, Sadli, who in the past has shot for Givenchy and Isabel Marant, was chosen by Chanel to shoot the advertising campaign for Virginie Viard’s resort 2020 collection, her first since arriving at the head of the studio after Lagerfeld’s death in February. The fashion campaign, which will debut in October, is also the first shot by anyone other than Lagerfeld since he picked up a camera in the late Eighties. 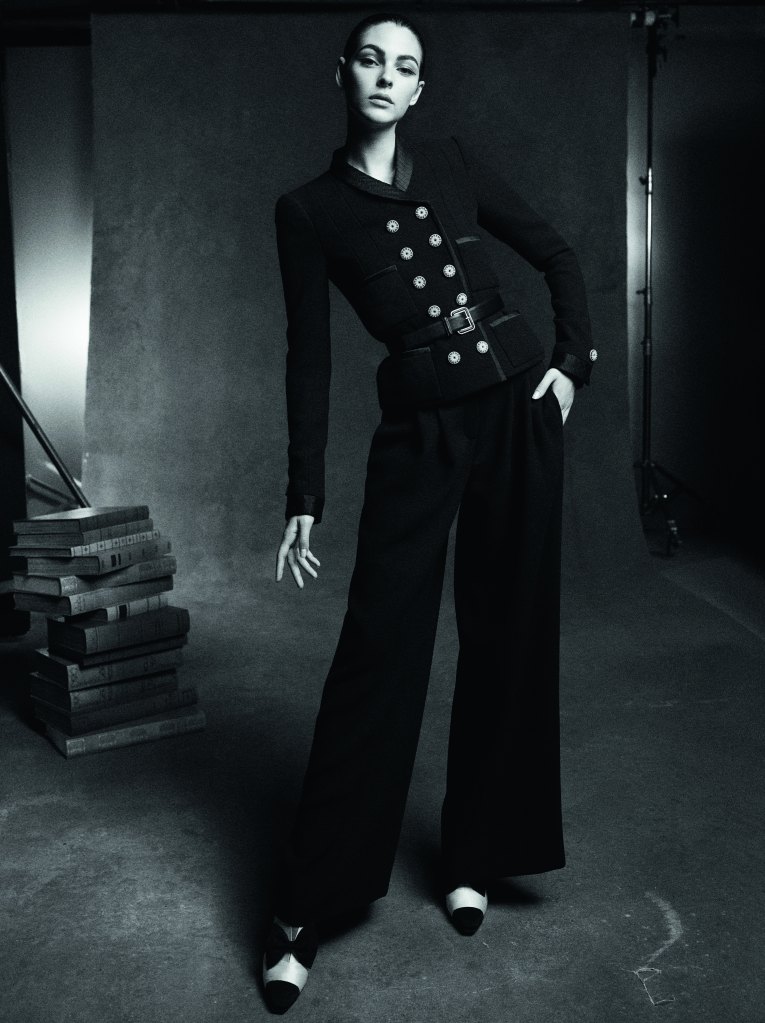 “It was a big change for everybody,” mused Sadli, who had previously worked with the house on beauty campaigns as well as editorials for its magazine 31 Cambon. “Karl did everything — look books, press pictures, campaigns. The whole team had been shooting with him for over 30 years. It was an honor to come after him.”

Sadli met Viard a couple of years ago, through his photography collaborations with actresses Vanessa Paradis and Kristen Stewart, who are both Chanel ambassadors. But it’s only since Lagerfeld’s right-hand woman was named at the head of the Chanel studio that the pair have managed to sit down and have a proper talk.

“The whole thing happened in a very natural way,” the photographer recalled. “They called me one day, and I came in for a chat with Virginie and Eric Pfrunder, Chanel’s image director. We started out doing press pictures together, and then they thought of me for the campaign. ”

Sadli lauded the warmth of the Chanel team, and feeling like he was stepping into a close-knit family. “I was aware that it was a bit of a touchy moment, but everyone was so welcoming,” he said. “Above all, there was a real human connection. That’s the most important thing for me, both in work and in life.”

Viard echoed the sentiment. “Choosing Karim as the photographer for the cruise press kit and then the cruise advertising campaign felt only natural,” the designer said via e-mail. “We needed someone who had a good knowledge of the house, but also someone with a new eye.” 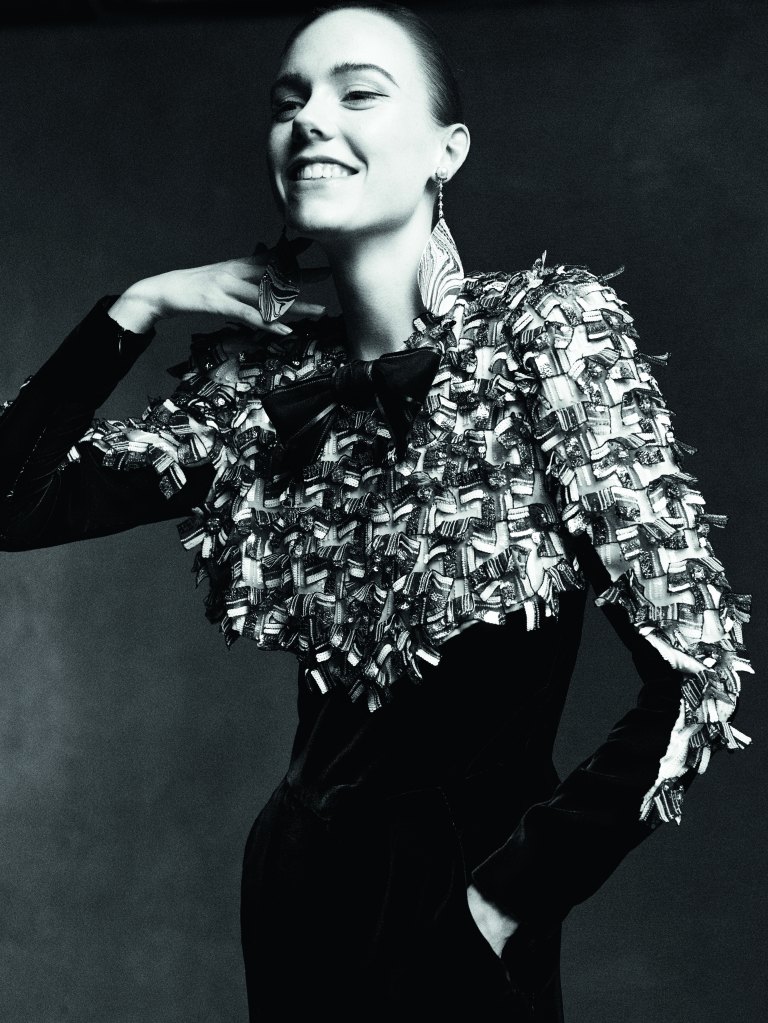 The fact that Sadli prefers to shoot in black-and-white, a format dear to Lagerfeld, also probably worked in his favor. For the Chanel couture fall 2019 look book, the photographer captured the models in front of a pared-down backdrop of a dark photography studio, a just-visible pile of books poised in the background hinting at the couture collection’s theme.

“I knew most of the house’s codes,” he explained. “The term is completely overused and I generally steer clear from it — but for me Chanel is iconic in the truest sense. I grew up with it: When I was 12 I used to spend all my pocket money on fashion magazines and pore over editorials in i-D or The Face. Chanel is one of those fashion brands that accompany you over the years. It felt like familiar territory to me.”

While he refutes the idea of having a definitive style — “sometimes I shoot in black-and-white, sometimes in color. I don’t question it. As long as I’m the one creating it, it will remain my picture” — Sadli harks back to those particular teenage memories to craft his graphic fashion photography. He remembers obsessing over Jean-Paul Goude’s pictures of Grace Jones as well as Jean-Baptiste Mondino’s music videos, including those for Paradis.

“She’s the only French artist I listen to,” said Sadli, who favors soul and old-school hip-hop. “I finally got to meet her when I shot her for an editorial. I’m usually quite selective when it comes to the titles I work with, but to be fair if she’d asked me to shoot her for Picsou Magazine [a French children’s publication] I would have gladly done it.” The singer also tapped Sadli to direct the video for “Les Espaces et Les Sentiments,” the track she released in 2013.

Since starting out in 2009 as a graduate of the London College of Communication — Sadli moved to the U.K. for a couple of years upon completing his literature degree at the Sorbonne — the photographer has seen a positive shift in the way new talent is perceived.

“When I first started, no more than five photographers ruled the game, the five that had been doing everything for the last 15 years,” he said. “Today some of the young photographers out there land huge campaigns straight away. It’s true that with social media there are more opportunities, but the industry has really opened up to young talent. It’s a good thing; it brings a bit of challenge.”