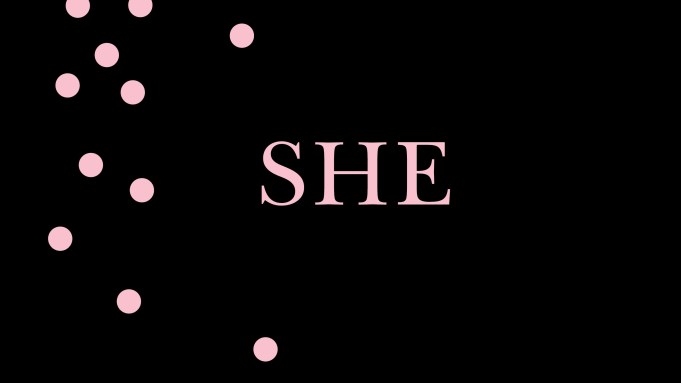 Kate Spade New York is releasing its fourth book, “She: Muses, Visionaries and Madcap Heroines,” to cater to its distinctly female audience from cover to content.

The coffee table book incorporates a mix of photographs, quotes and mini-profiles of famous females, both fictional and real. Among those spotlighted are: Gloria Steinem, Georgia O’Keeffe, Peggy Guggenheim, Pat Cleveland, Leandra Medine, Chimamanda Ngozi Adichie and Dolly Parton. Some of the TV and film characters included are Carrie Bradshaw of “Sex and the City,” Cher Horowitz of “Clueless” and Miss Piggy, who featured in Kate Spade’s 2016 holiday ad campaign and collaborated with the brand on a collection. The book describes her as “an icon of fashion, feminism and diva-dom.” Truer words have never been written.

The book’s mini-profiles are interspersed with pages dedicated to words of wisdom, personal essays and the brand’s signature “she” statements. “She does everything she can and everything she can’t,” reads one quote next to a blurred photo of a woman twirling in a pink ballgown. “She cultivates optimism” reads another across from a photograph of a freshly watered flower.

The dotted cover features rose gold font set against a black background. The edges are also lined with a rose gold hue, and transparent plastic inserts are sprinkled throughout, giving their adjacent pages a pink filter fit for the Millennial crowd.

“She: Muses, Visionaries and Madcap Heroines” is out on Oct. 10 via Abrams Books. It retails for $40, and judging by the final page — “to be continued…” — it won’t be the last in the series.