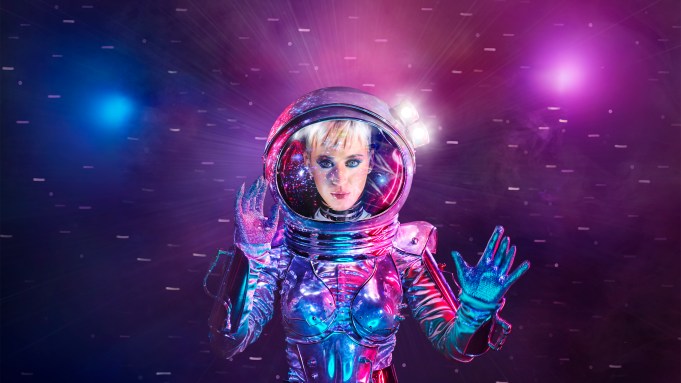 Katy Perry will soon add host of the MTV Video Music Awards to her résumé.

The 32-year-old pop star confirmed Thursday that she will be at the helm of the annual live ceremony being telecast August 27 from Inglewood, Calif.

“I’ve been training with MTV in zero gravity, eating astronaut ice cream, and I’m on a group text with Buzz Aldrin and Neil deGrasse Tyson,” said Perry in a statement.  “Come August 27, I’ll be ready to be your MOONWOMAN! Brace for impact, kids.”

The singer, whose latest album “Witness” debuted at number 1 on the Billboard 200 last month, will join the list of previous hosts including Chelsea Handler, Miley Cyrus and ex-husband Russell Brand.

Never a dull affair, the VMAs red carpet delivers some of the most outrageous looks of any awards show. Here are Perry’s eye-catching ensembles through the years.