Animal Kingdom may have been the long shot winner, but it was the fashions that took center stage. 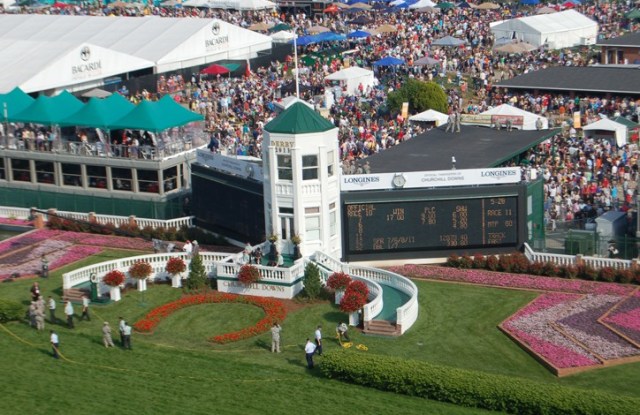 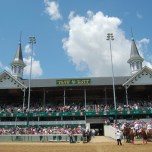 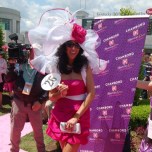 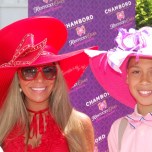 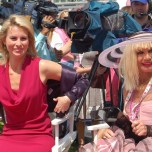 LOUISVILLE, Ky. — Animal Kingdom may have been the long shot winner of the 137th annual Kentucky Derby, but it was the fashions that took center stage here last weekend. The record crowd of 164,858 was dressed to the nines — colorful dresses, fascinators or the more-traditional ornate hats and stilettos for women, and seersucker suits, navy blazers and straw hats for men.

On Friday, Churchill Downs was bathed in pink as the track held its third annual Pink Out to raise awareness and funds for breast cancer research. Chambord hosted a fashion contest judged by Betsey Johnson and Niki Taylor. Johnson, a 10-year breast cancer survivor, said she brought 10 outfits to Kentucky. “I’m changing for every event,” she said. They included a “Scarlett O’Hara hoop skirt” and sneakers that she was planning to wear to lead a survivors’ parade on the track just prior to the Kentucky Oaks race. “They’re Lanvins, but they’re the only comfortable shoes I have,” she said.

Friday night marked the dueling Derby galas. Most celebrities opted for the Barnstable Brown Ball, held at the home of local socialite Patricia Barnstable Brown who with her twin sister, Priscilla Barnstable, were the original Doublemint twins. Funds from the event went toward programs supporting diabetes research, treatment and education at the sisters’ alma mater, the University of Kentucky. Guests dined on the home’s outdoor patios and had ice cream sundaes — bourbon-flavored, of course — next to the pool.

Country singer Miranda Lambert used the Derby as her bachelorette party and brought her wedding party along to the event. She was joined by other country artists including Kix Brooks and Wynonna Judd, as well as sports stars such as Lindsey Vonn, Bode Miller and Sarah Hughes.