A sketch by Kenzo Takada for the Maiko theme in the K3 collection.

PARIS — France is being hit by massive transportation strikes to protest the government’s planned pension reforms, but Kenzo Takada shows no sign of retiring.

“I’m nearly 81 years old and I’m still working,” laughed the designer, speaking from his headquarters on the Parisian Left Bank. “I’m surprising myself.”

Takada is launching K3, a luxury homeware and lifestyle brand that will debut on Jan. 17 both at a new K3 showroom located on the Boulevard Saint-Germain and at Parisian design trade show Maison et Objet. The K3 collections will drop yearly and be distributed worldwide.

The designer, who left his namesake fashion brand in 1999, already had a number of lifestyle collaborations under his belt, but this is the first time he is launching a dedicated company — nearly 50 years after founding fashion brand Jungle Jap, which later became known as Kenzo.

“I stopped working too early: I left Kenzo at 60,” Takada said. “I then realized I missed working, so I’m getting back into it.” 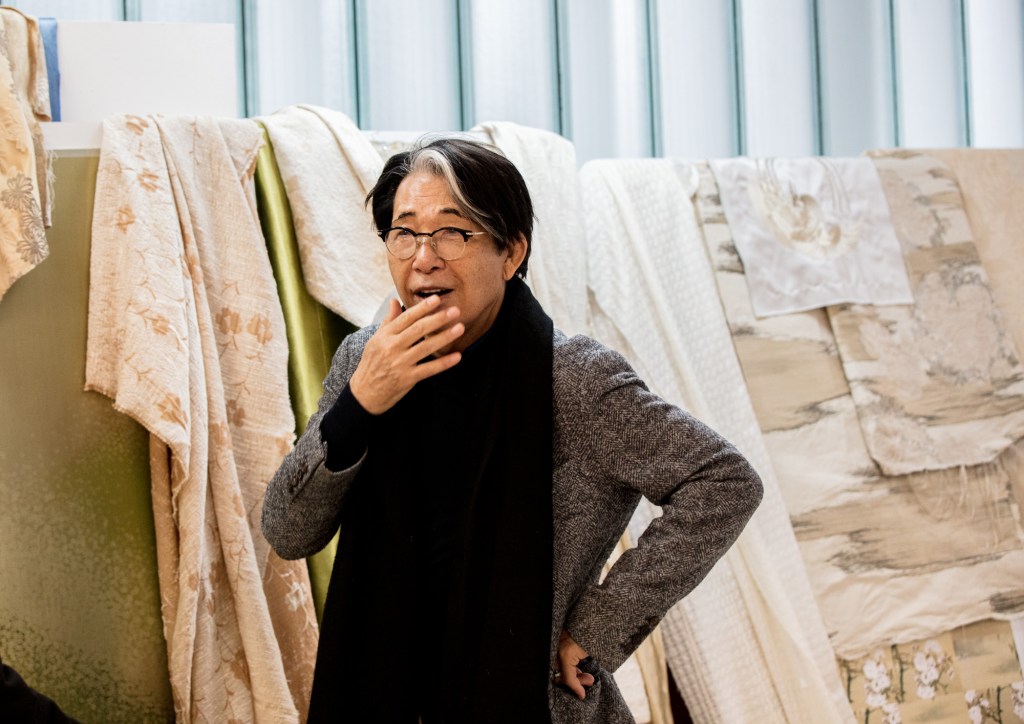 Takada has always been known for his interior design skills. His former Parisian home mimicked a Japanese traditional house, complete with a Japanese garden and an indoor pool, tucked away in the Bastille area. His current headquarters are filled with artworks, fish tanks, red lacquer coffee tables and ceramic vases; his new lodgings, located two floors above his office, have a breathtaking view of the Eiffel Tower.

The designer’s new project has more than 300 references: K3 features furniture (including three beds), ceramics, rugs, objects, linen and textiles, and was created with a number of different manufacturing partners located in Italy, France and the U.S., including Italian textile company Sferra for bed linen. Overall, 250 different people helped bring K3 to life.

While its name references the three main collaborators behind the project — Takada teamed with Jonathan Bouchet Manheim as managing partner and Engelbert Honorat as creative assistant — the K3 logo is an illustration of the project’s cross-cultural ambition, bringing together Japanese and Western influences: the “3” in the name is written in Japanese kanji. 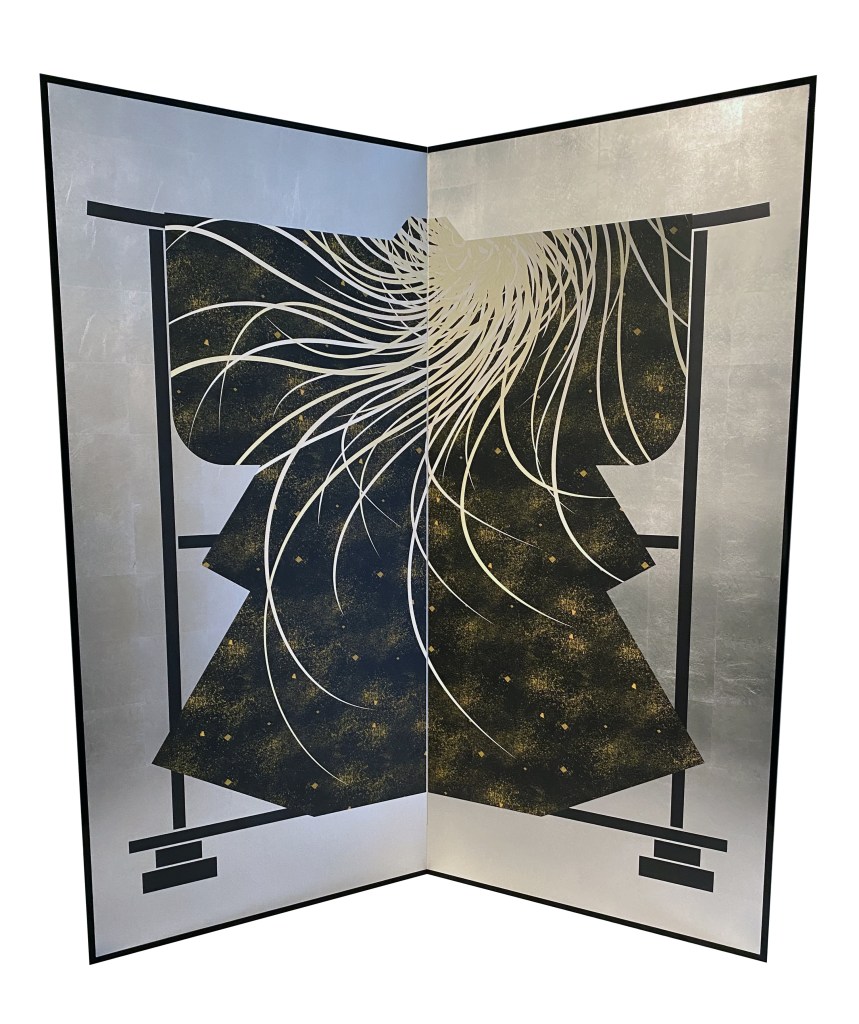 A screen from the K3 collection.

Nods to Takada’s Japanese heritage are dotted throughout the collection. The designer imagined three partition screens decorated with printed kimonos in the three themes of the K3 line: Sakura, inspired by nature with intricate floral prints; Maiko, which is bolder and references the red-and-white makeup worn by geishas, and Shogun, a graphic black-and-ivory theme.

Ceramics play on the technique of kintsugi, the Japanese art of repairing broken pottery with gold lacquer filling in the cracks. “I already knew the technique, but I had only seen it in old palaces in Japan,” said Takada, who, despite his many friends taking up ceramics, has only tried his hand at the pottery wheel once. “Working with Engelbert, I realized that it was really interesting graphically speaking.”

The textiles of the collection are particularly lovely: printed sheets feature either a loud magenta flower pattern or a subtle white jacquard tone-on-tone motif, while furnishing fabrics are decorated with edgy black-and-silver ikat prints.

The trio is working on the opening of a showroom in Milan during the Salone del Mobile, which could be followed by presentations in New York, London and Asia.

While the designer might add homeware to his range of products, he has no plans to go back to ready-to-wear. “I like how much more free you are when designing lifestyle, not like ready-to-wear where everything is seasonal,” he said.