Unlike today's custom-clad pop stars, Sebert, who goes by Ke$ha, isn't above wearing a Hefty bag — for the right occasion. 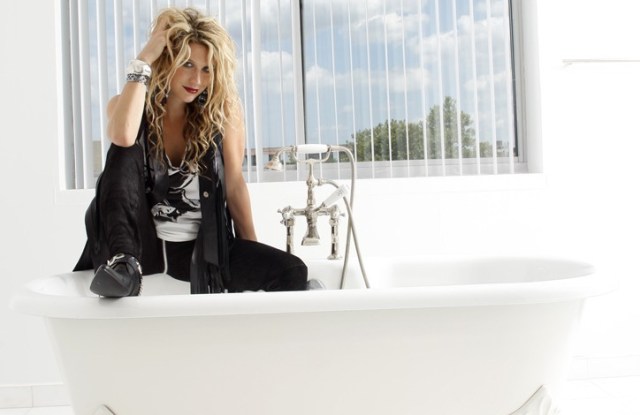 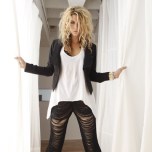 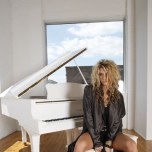 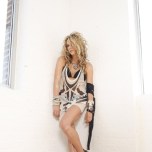 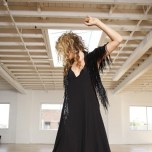 Kesha Sebert has an affinity for dumpster diving. “My favorite stuff that I’ve ever found has been from trash cans,” she says. “And I bought this incredible vest off a homeless guy recently.”

Unlike today’s custom-clad pop stars, Sebert, who goes by Ke$ha, isn’t above wearing a Hefty bag — for the right occasion. “I went to P. Diddy’s White Party with a white garbage bag tied around me because I didn’t have a white top,” she continues, flicking a straw-colored curl from her face. “I think confidence can sell anything.”

This story first appeared in the August 26, 2009 issue of WWD. Subscribe Today.

Yes, confidence is great, but Sebert, who’s currently finishing her debut album of “electro trashy pop magic” on RCA Records/Kasz Money Inc., has the relaxed charisma and visual appeal — lanky and lightly tanned, with an unruly lioness mane, blue eyes and freckled nose — to sell you on trash bag chic. (As for the dollar sign in her stage name, “It’s all the money I’ll ever need,” she explains. “’Cause I’m f–king money!”)

“You don’t find an artist like her every day or every year,” says Sebert’s mentor and pop-music maestro, Lukasz “Dr. Luke” Gottwald, who signed the singer to his RCA imprint and coproduced her first single, “TiK ToK” (out this week on iTunes), after coming across her demo five years ago. The brains behind Katy Perry’s “I Kissed a Girl” and “Hot N Cold,” as well as chart toppers by Kelly Clarkson, Britney Spears and Avril Lavigne, Gottwald was searching for an artist to develop at the time. “I wanted to find someone unique and someone interesting,” he says. “[I was looking] for a voice to strike me…and when I heard Kesha’s voice, I was like, ‘Holy crap! Let’s find this girl.’” Sebert was 17 years old and finishing up high school in Nashville.

Though bright and academically minded (by her account, she scored a 1500 on the SAT and planned to study psychology and religion at Barnard College), Sebert was quickly convinced by Gottwald and his frequent collaborator, Max Martin — of “…Baby One More Time” fame — to drop out of high school several months shy of graduation in order to give singing a go in Los Angeles. Martin and Gottwald had been working with “the Paris Hiltons and Britney Spears of the world,” Sebert says. “I think they liked that I don’t give a f–k and I’m completely irreverent. [I’m] just a bit more willing to be retarded and not apologize for it.”

She was also bred for the rough-and-tumble music industry — her mother, Pebe Sebert, is a Nashville singer-songwriter (Johnny Cash covered one of her songs, as have Dolly Parton and Merle Haggard), whose idea of babysitting included placing her infant daughter in a guitar case on stage “so I wouldn’t roll off,” Sebert says.

It was good conditioning for her first few years in Los Angeles, which were spent broke and underemployed. Save a few backing-vocals gigs (including one for a Hilton track and the recent Dr. Luke-produced hit, “Right Round,” by rapper Flo Rida); a few ill-fated waitress jobs, and an appearance in Perry’s “I Kissed a Girl” music video, Sebert spent the majority of her time in the studio with megaproducers, honing her unique grit-pop sound and “trash glam” style, which, like her music, is a cheeky and trendy hybrid — pirates, vampires, Keith Richards and Hulk Hogan are her main influences.

Not that she’s averse to stepping up her look when she has the funds — or when the freebies start rolling in. “I mean, don’t get me wrong, I’d like a fancy bag,” Sebert says, almost defensively. “But I’d probably just run it over with my car to make it look dirty.”