The $21 "Californienne" salad is made with avocado, baby kale, lentils, arugula and butternut squash.

When the global brand — which introduced the macaron to the U.S. public — reopens its Beverly Hills location on Thursday, it will feature an exclusively plant-based menu with 27 dishes, including vegan macarons, traditionally made with egg whites, and a variety of their well-known pastries and dessert.

“The future of food in the world is vegan,” said Ladurée’s chief executive officer David Holder at the restaurant on North Beverly Drive. He flew in from Paris for the occasion. “We’re going to be the first French pastry shop to become vegan all over the world.”

Holder’s father, Francis, is the founder of Holder Group, which acquired Ladurée in 1993. There was but one location at the time, the original on Rue Royale, and since then, the family-owned group has greatly expanded the brand, opening salons worldwide. 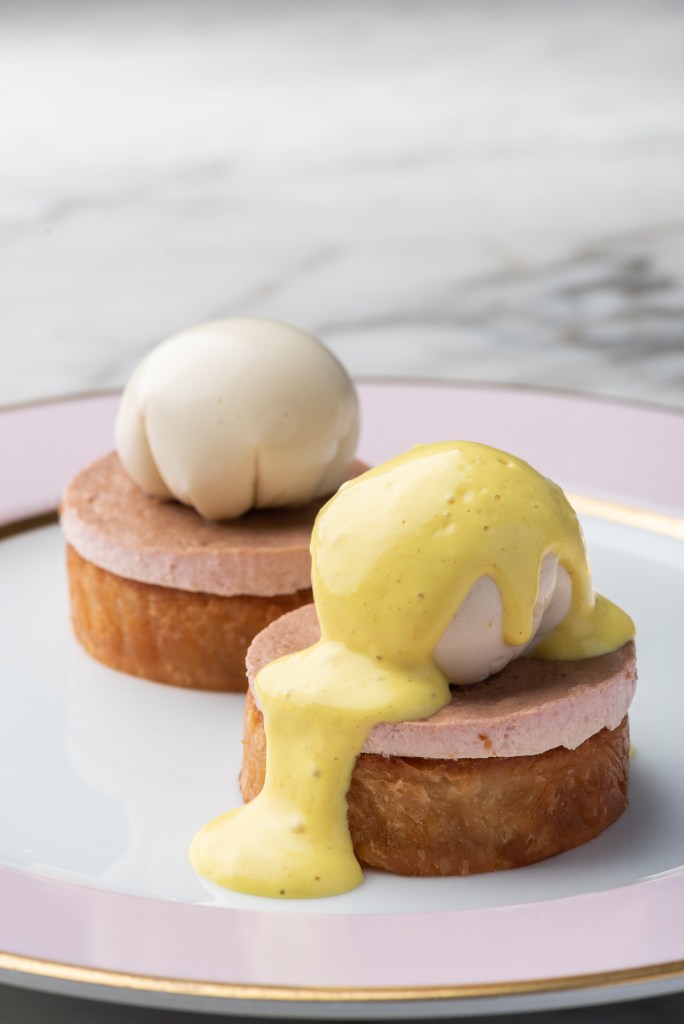 The $15 “Benedict” is made with spinach and tofu ham.  Courtesy/Wonho Frank Lee

The initiative was born just five months ago after David’s sister, Elisabeth Holder Raberin — president of image and innovation at Ladurée who runs Stateside operations with her husband, Pierre-Antoine Raberin — discovered renowned plant-based American chef Matthew Kenney on Instagram. She and David, both vegetarians, had been looking to take the Ladurée brand in a new, forward-thinking direction.

The task at hand for Kenney, who’s classically trained in French cuisine, was integrating his plant-based know-how without compromising the Ladurée brand.

“I think the omelets will be very surprising to people,” he shared. The chef has introduced plant-based cuisine globally with restaurants around the world. He has several operations in Los Angeles, including Venice’s Plant Food + Wine and Double Zero.

While they’ll look and taste like traditional omelets, “the goal is to emulate the experience of eating [it],” he continued. “It’s not so much that it has to taste like [it], but you want to feel the same way…It’s about texture, richness, flavor balance…For us, starting 10 years ago, nobody cared. We would never get any recognition or credibility at all. We were trying to get anybody to listen. So, to have the opportunity to work with a world-class brand like this is incredible.”

In the last six months, there’s been a shift in the industry, Kenney shared: “Globally, some of the biggest companies in the world are dedicating more resources to finding plant-based alternatives to anything else they’re doing.”

“It’s our responsibility,” said Holder Raberin of the decision to go vegan. L.A. was the right market, because the city embraces wellness, she added. “It just makes sense to make the first vegan Ladurée in L.A. and to be a lab for the rest of the world.”

It was important to maintain the Ladurée DNA and offer alternatives to other French staples — the macarons, of course; the croque monsieur, a ham and cheese sandwich; the onion soup, usually made with meat stock and topped with Gruyère cheese — she said. Signature dishes are between $14 and $28. “I think they’re better.”

The brand has recently introduced plant-based dishes and pastries in New York City and Paris. And while the French are known for their love of dairy, particularly butter which is found in nearly every recipe, Parisians have been receptive to the new additions, she said. Next, they plan to open a second, vegan-only location in the U.K.

“The idea is not to become 100 percent vegan everywhere,” said Holder Raberin. “It’s to give the opportunity for everyone to try and give the choice to the client.” 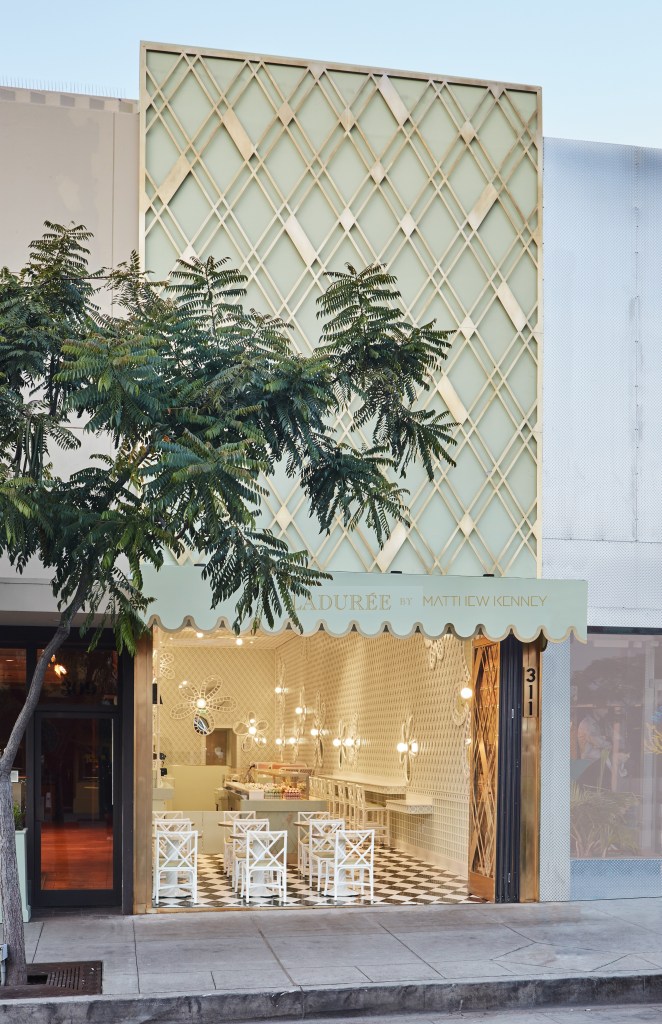