Could this be Gaga's most stylish tour yet? 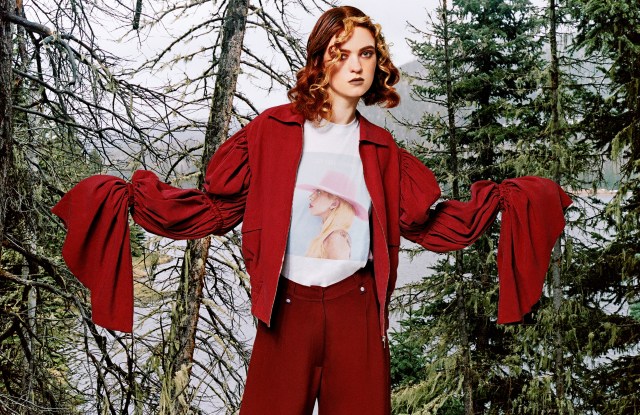 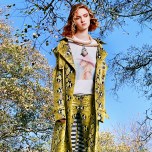 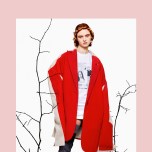 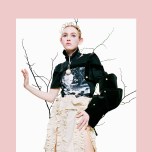 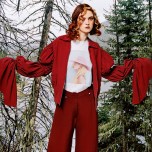 Lady Gaga is back in full effect. After flying through the air in Atelier Versace at Super Bowl LI and performing with Metallica at the 2017 Grammys, Gaga has unveiled a lookbook for her Joanne World Tour merchandise capsule collection — and it’s quite the dose of the fantastical.

The lookbook was designed in collaboration with London-based creative studio Lobster Eye and merchandising company Bravado. Shot by Synchrodogs in Ukraine and styled by Daria Lagenberg, the collection of photos finds models Daria Svertilova and Stacy Koren posing in front of what looks like various woods-inspired sets. The pictures are eerie, wondrous and, true to Gaga form, eccentric.

“We had total freedom as for what to do and which direction to take,” said Tania Shcheglova and Roman Noven of Synchrodogs in an email. “We had a colorful and wild aesthetic in mind, and we saw it as a project that would look strong both as a whole, same as if every picture was observed separately. We wanted every picture to convey something unexpected to some extent.”

“For this project, we wanted to mix both artificial and natural elements, studio and outdoor aesthetics,” the Synchrodogs pair continued. “As a natural layer we used Ukrainian landscapes. They are full of diversity — can be smooth and structured or vice versa, raw and full of mess. Still, we see some perfection in it.”

The lookbook comes five months before Gaga’s tour kicks off in August, giving Little Monsters plenty of time to save their coins for a t-shirt or two. Tour merch is currently available on Gaga’s site, with prices ranging from $30 for a necklace to $60 for a long sleeve tee and $100 for a silk scarf. If the lookbook is any indication, the Joanne World Tour just might be Gaga’s most fashionable yet.

In addition to performing for the first time at this year’s Super Bowl halftime show, Gaga appeared in Tiffany & Co.’s first Super Bowl ad. The singer wore the American jeweler’s forthcoming HardWear commercial collection, due out in April.

Gaga pulled off both a makeup and hair change during her nearly 14-minute halftime performance. Makeup artist Sarah Tanno worked with Gaga during the first half of the game on a look that would be compelling to both television watchers and the audience inside NRG Stadium. She used about 25 different Marc Jacobs Beauty products to create the look, which complemented the bedazzled peel-off eye mask Gaga wore at the beginning of the performance. Read more about Gaga’s Super Bowl makeup here.